Long before Caribbean waters were threatened by Captain Sparrow, Croats had their version of his gang. Pirates of Adriatic were the dreaded naval power that literally governed the local seas in Middle Ages. Led by mysterious royal family of Kacici, this group of mischief makers pillaged the galleys of Dalmatia in early 13th century.  The heart of their empire was a large port that became modern-age Town of Omis, and its residents are very fond of their pirate ancestors.

Omis pirates were very skilful in their activities. As a matter of fact, they even dared to attack the crusaders on their way to Palestine. Afraid that the practice may continue, Pope Honorius II ordered a raid against their headquarters. In the upcoming battle, papal galleys were defeated, and Omis raiders continued to rule for almost an entire century, before crumbling to Venetian influence. 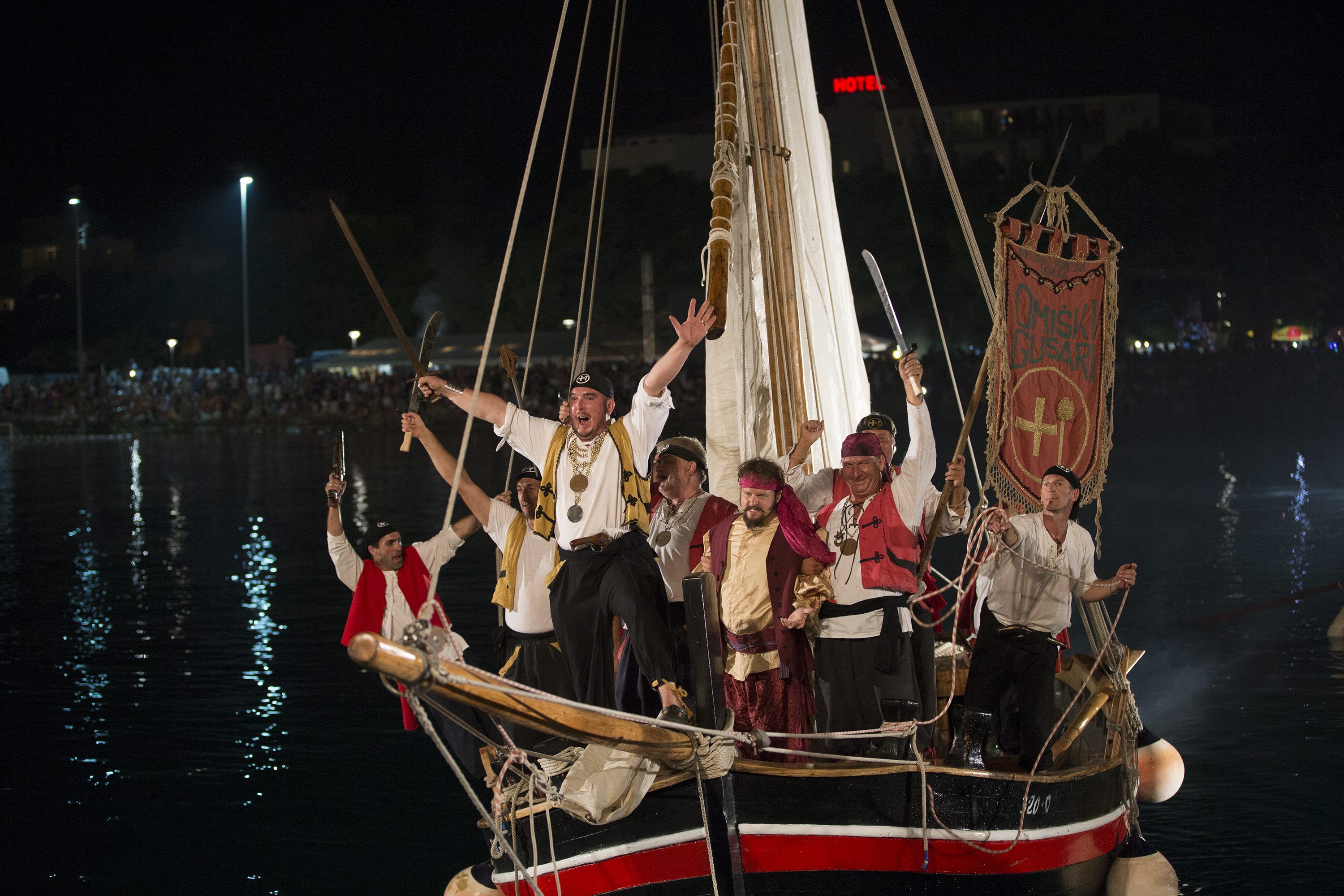 At the time of being a pirate haven, Omis was very well defended. Even today, you can see the old forts that were mounted with weapons in distant years. In addition to these mighty structures, the defenders were also protected by natural scenery. As the town is located on the confluence of River Cetina to Adriatic Sea, the pirates could use the strong currents for their gain and quickly outmaneuver their enemies. As a matter of fact, larger hostile vessels found their doom in the shallows around Omis, as they became stranded and easy prey to defenders.

To cherish these pirates of Adriatic, Omis residents annually stage a fake naval battle on the docks of their notable town. It is always a grandiose spectacle that combines history, theater and pyrotechnics. Being loved by locals and foreign guests alike, the night of Omis pirates recently took place, leading to the impressive image gallery below.  Consider it your invitation to visit the town during upcoming summer seasons.