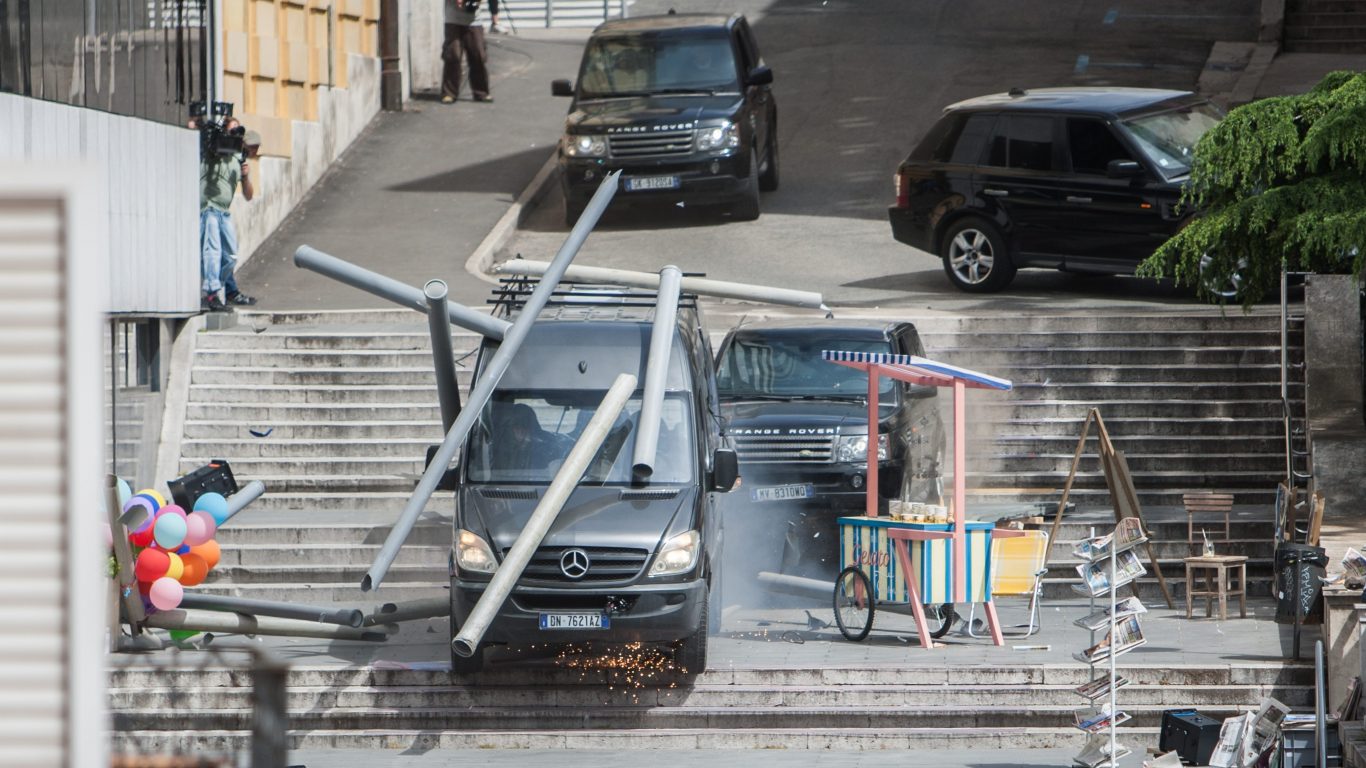 It seems that entire Hollywood is visiting Croatia at the moment. While Samuel L. Jackson enjoys burgers in Zagreb, Salma Hayek is spending some quality time in the wine cellars of Istrian Bale. And our photo-reporters had the opportunity to film the making of a rather exciting movie scene in Rijeka.

The otherwise picturesque public stairway that bonds Hotel Bonavia with town marketplace became a site of a furious car race. The action-filled sequence was actually filmed for the movie ‘The Hitman’s Wife’s Bodyguard’ which is being made in Croatia and features a number of internationally known stars (not mentioning the ones above). Have a peek of what Rijeka streets look like now in the image gallery below.