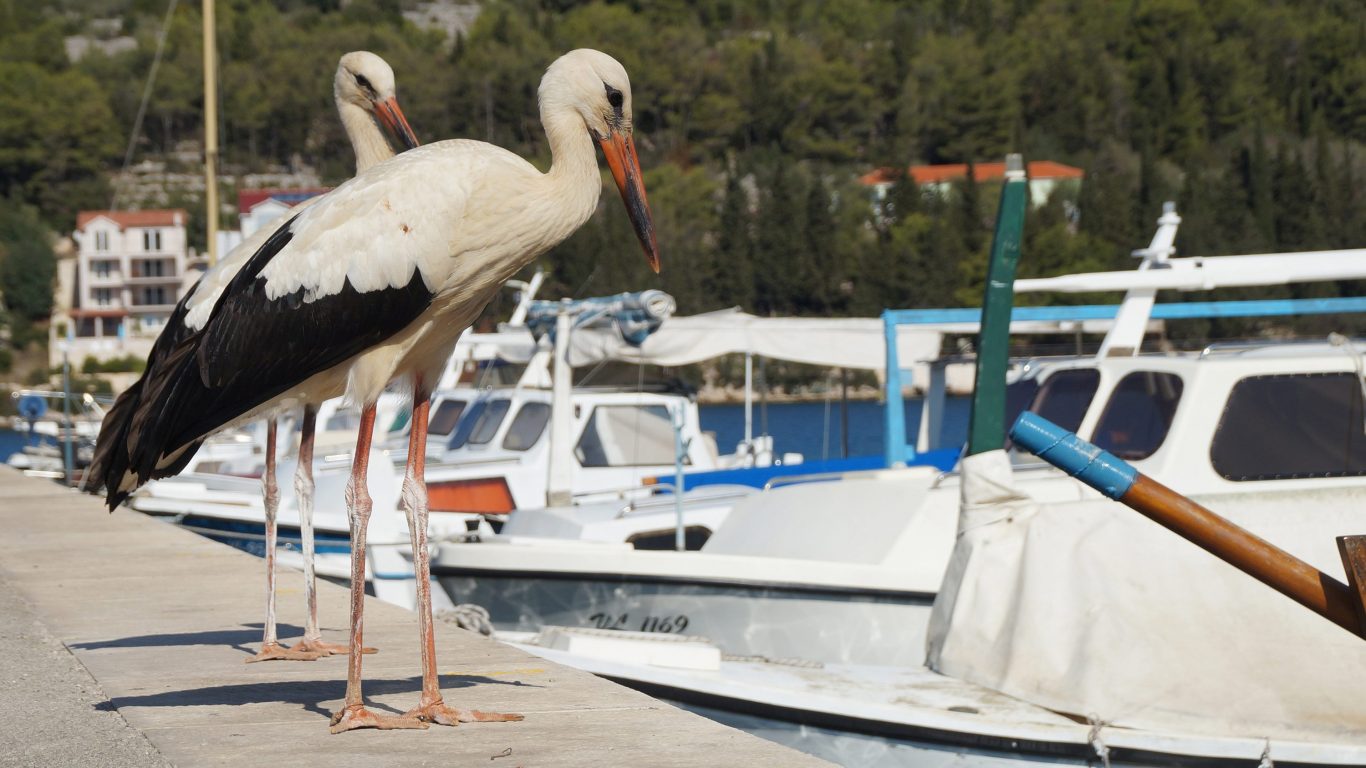 Croatia has many interesting animal species living on its soil, but these usually stick to their own ground and don’t interfere with humans at all. That is not the case on Island Korcula, however. In the last few days, the locals have provided hospitality to two beautiful birds. The storks of Vela Luka are not afraid of somewhat busy settlement, and are completely trusting to humans. As a matter of fact, this couple of white animals freely roams the harbor, being nurtured by sailors and treated with maximum respect. 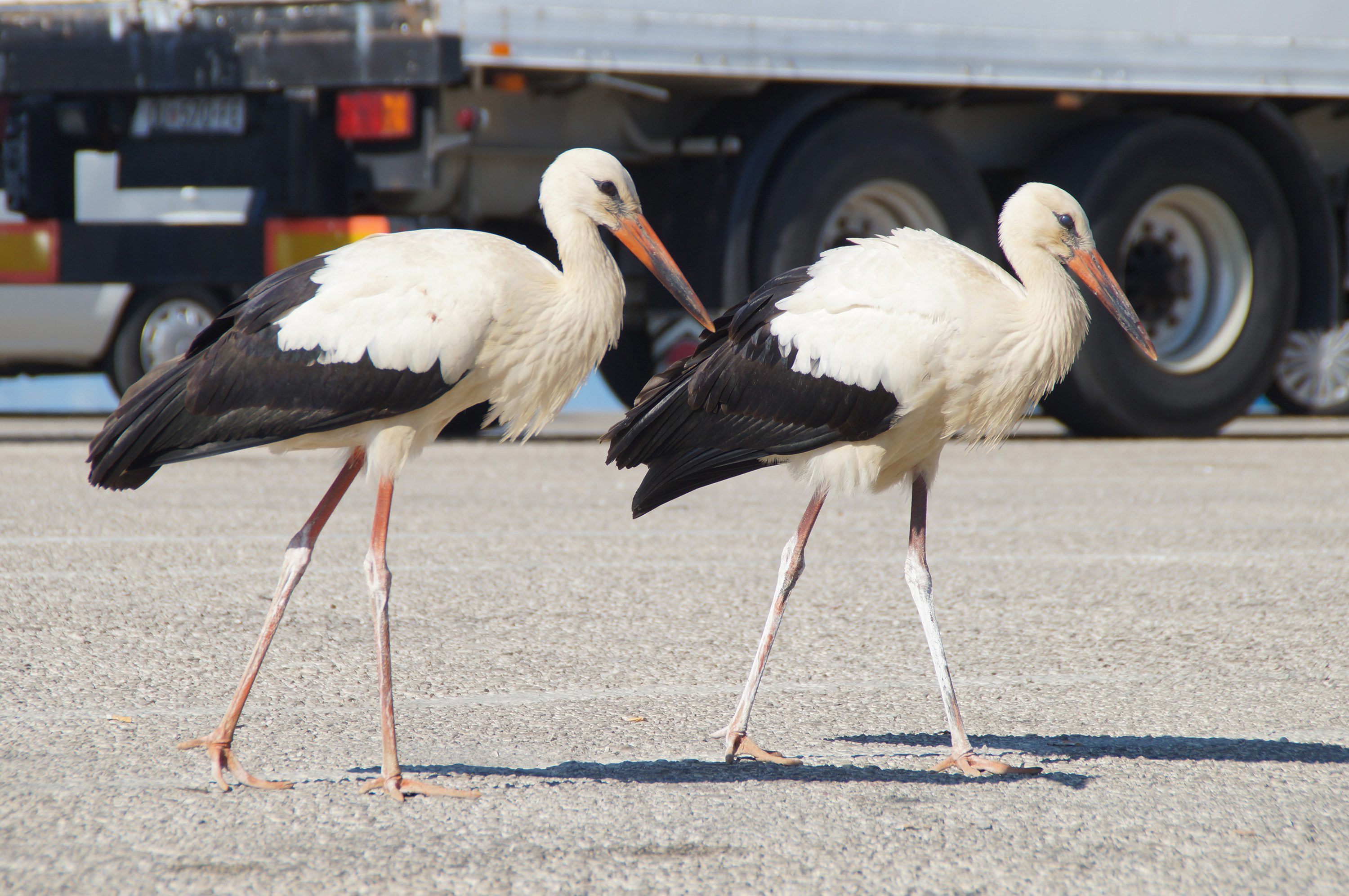 The birds became an attraction to tourists as well, who are advised not disrupt the feathery pair with cameras and laughter. Although the storks of Vela Luka seem accustomed to humans, that doesn’t mean they value noise or extreme excitement. It is unknown whether the birds will stay on Korcula, though. Since they are of migratory nature, chances are they will leave for a more pleasant corner of the Earth once the temperatures drop. However, they might opt to return to Vela Luka once spring comes back, as they have perfect navigational skills and easily traverse from one location to the other. 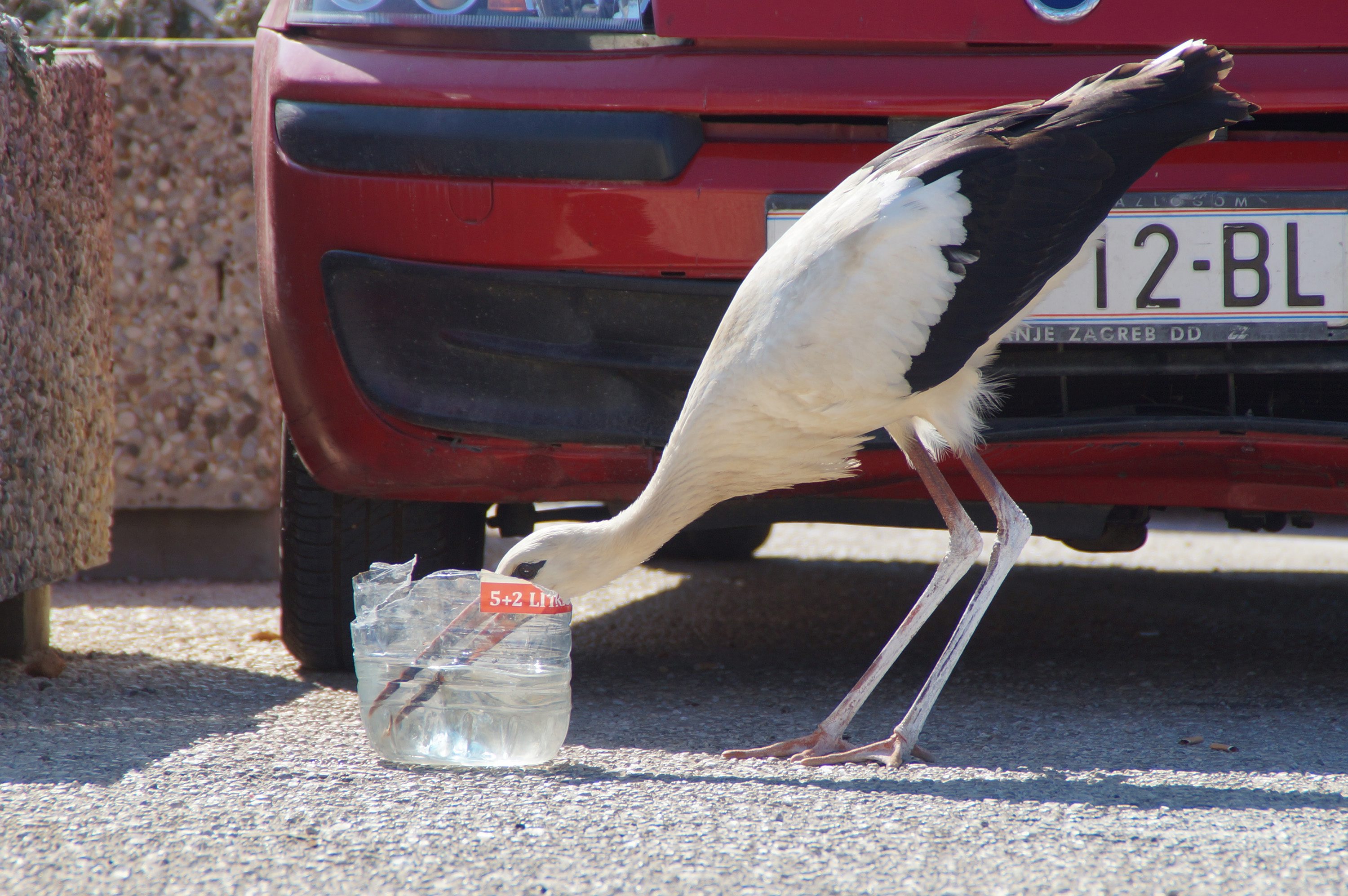 Surprisingly, these storks are not the only popular couple of the kind in Croatia. The tale of Malena and Klepetan has become globally known, and counts as one of the most romantic stories of the natural world. Who knows, maybe Korcula might become the next wedding destination for this species.

Check out the storks of Vela Luka in our image gallery below.