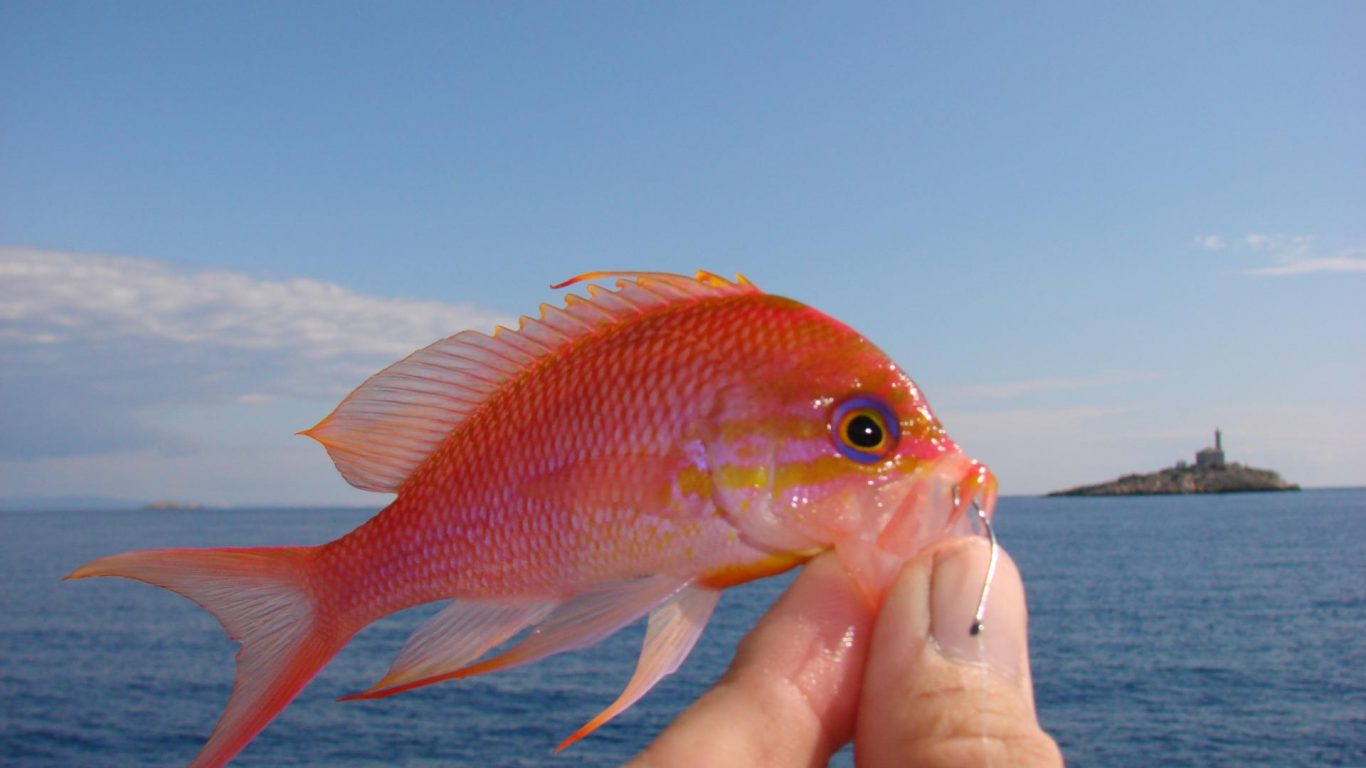 Among many beings that inhabit underwater worlds, most people fear sharks. These predators are both fascinating and terrifying, but chances to encounter a man-threatening specimen are very slim in the case of Croatian waters. However, there are Adriatic fishes that might be quite frustrating for your off-shore day, especially if you are an angler with a certain prey in mind.

Visitors of Croatia like to participate in sport fishing. It is a craft that demands skill and knowledge, in addition to quality gear. Depending on the fish they catch, experienced anglers can pinpoint whether their spot will bring the desired trophy in the end, or they should seek a better position.

Here is a short list of Adriatic fishes that might persuade you to pull the anchor up, and search for better fishing terrain. 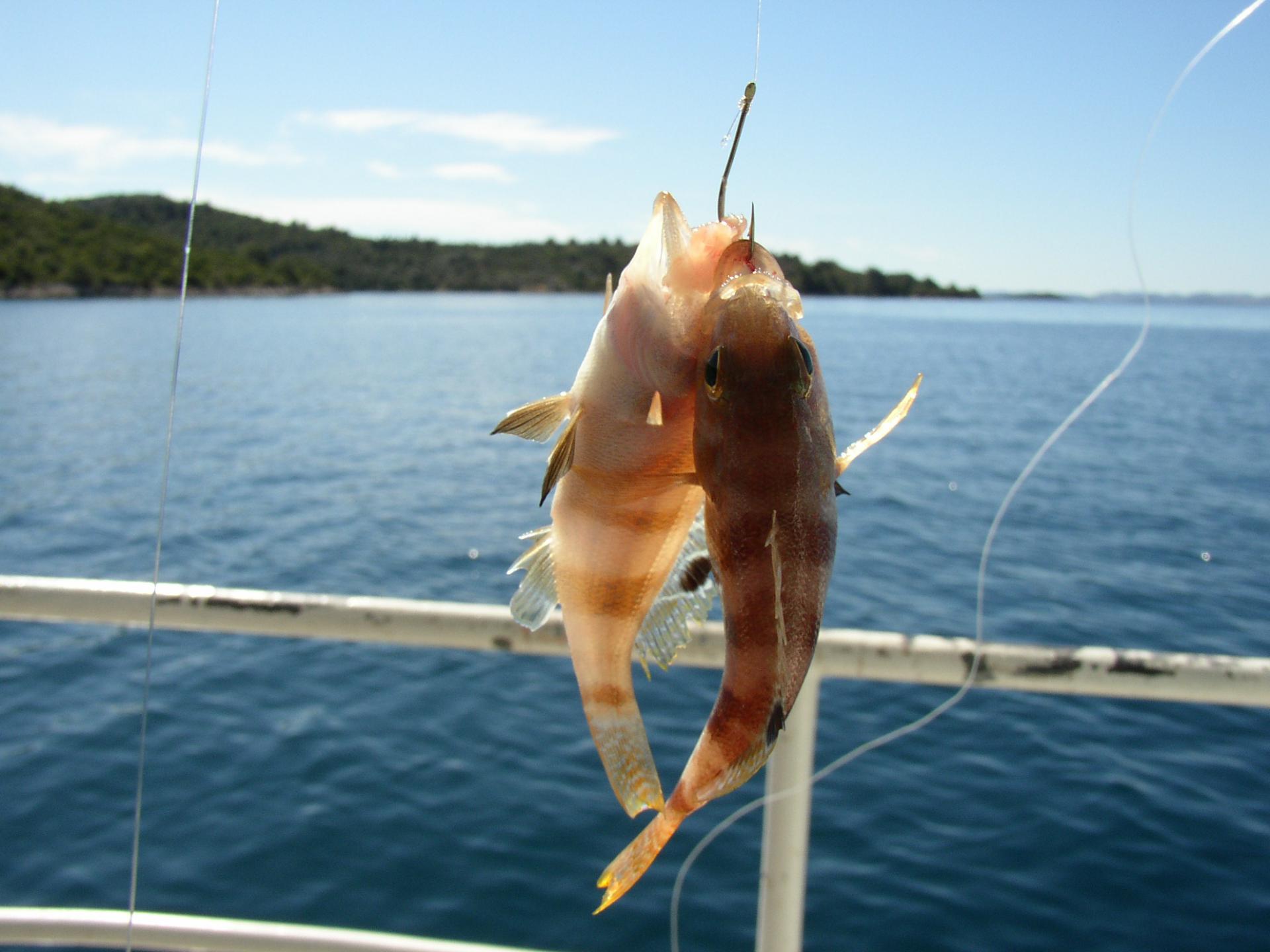 Also known to locals as kirnjica or  matulic barjaktar, this underwater dweller is actually very pretty. It can reach almost 30 centimeters in size, has a reddish body and two yellow tracks on the head. This is where the good stuff ends, unfortunately. Jera is a very devouring species that will quickly rush your bait, preventing better prey to approach. Although edible, its flesh isn’t much valued in culinary circles. It can serve as a live bait for some better catches, though.  Jera is called swallowatail seaperch in English.

Known for their ray-finned body, these fishes aren’t bad news by default. Two Adriatic kinds are of importance, one being manula (Spicara Smaris) and the other luzina (Spicara Flexuosa). Both live in large schools, and are an easy way to get a medal on fishing competitions. However, that is applicable only if they are of sufficient size, which is mostly not the case.

Among Adriatic Fishes, the brown comber little being stands out for its gluttony. The locals call it vucic, literally meaning a small wolf. It can quickly eat all baits, preventing better catch during fishing. Comber also has unusually large mouth, meaning that larger baits are not spared from its hungry grasp. That being said, there’s still use for vucic. It can attract much better prey, such as Peter’s Fish. 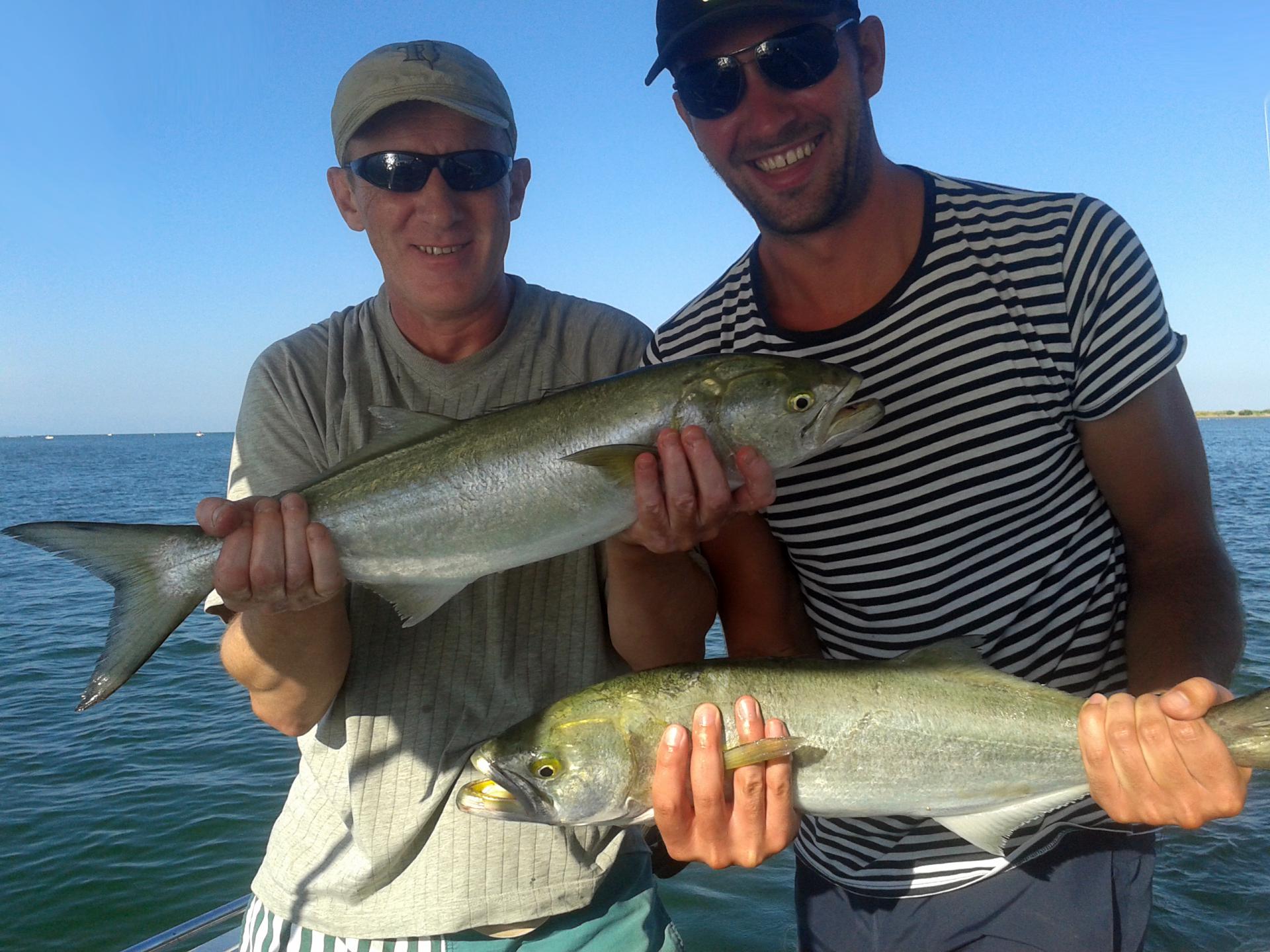 Commonly referred to as a bogue or under its Latin name Boops boops, the fish called bukva can be found in abundance on Adriatic shores. It is highly valued by sport fishermen, but those unaccustomed to its more exotic features might come to an unpleasant surprise. Due to its biology, bukva immediately releases its waste after being caught, polluting itself and the neighboring catch. This means immediate cleaning is required, least one wants to have its daily prey ruined.

In the world of Adriatic Fishes, strijelka skakusa or common bluefish as it is called in English, is among top predators. A relatively new emergence, its populations spread up to northern parts of Croatian seas, usually following mullets that they feed upon. They can be freighting to scuba spearfishers, as they won’t hesitate to steal the catches attached to diver bodies.

Despite these aquatic pests, Croatian seas are a great destination for fishing experiences.  Come and enjoy the beautiful seascapes and catch your dinner with pride.