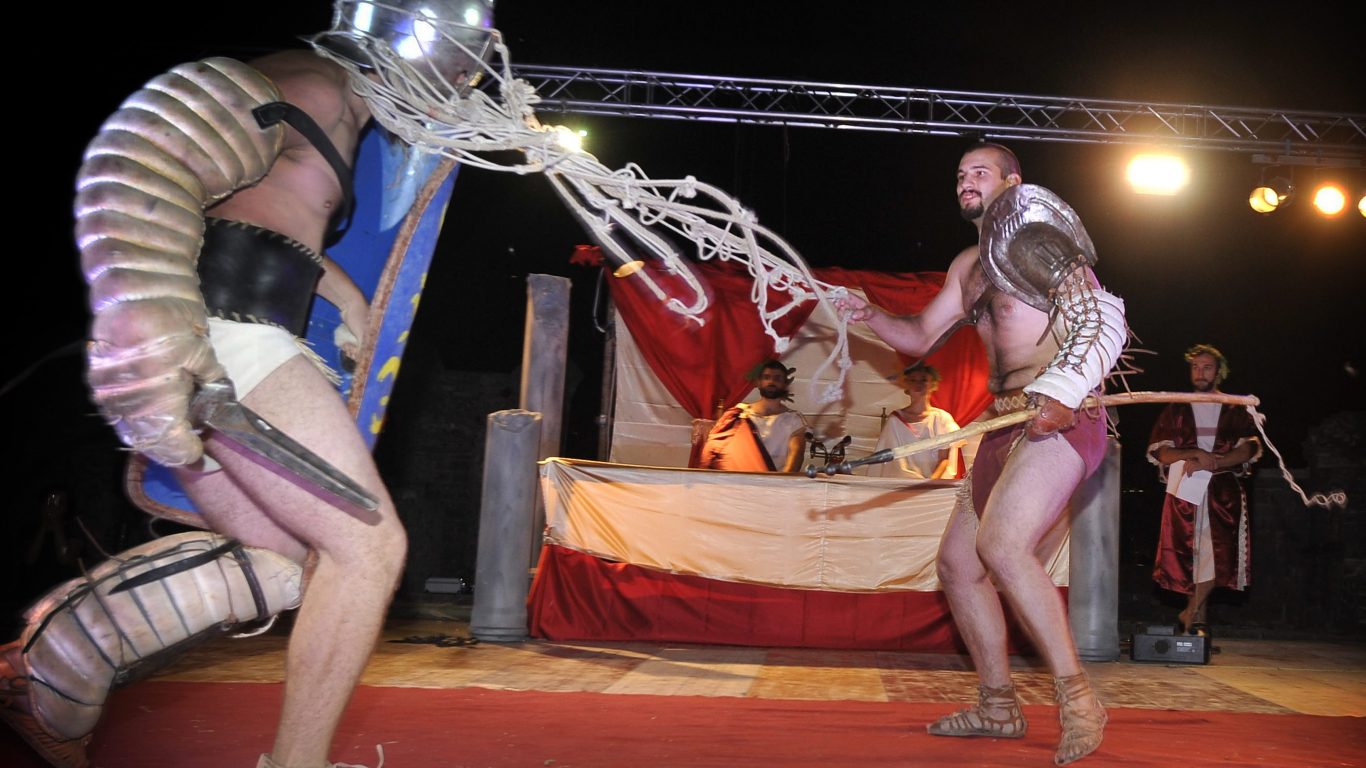 “Romantics in Salona”, a manifestation of the Solin Tourist Office in the co-organization of the Town of Solin, will take place this year in three programs during the months of July and August, and entitled “Evening of Gladiators and Ancient Theater” on the remains of the amphitheater, the famous archaeological venue of ancient Salona.

Emperor Diocletian and his Empress Prisca will greet visitors at the beginning of the manifestation. There will be gladiator fights of the “Spectacula Gladiatoria” association from Pula, a show with fire and Euripides’s “Electra” performed by students of Split Art Academy. 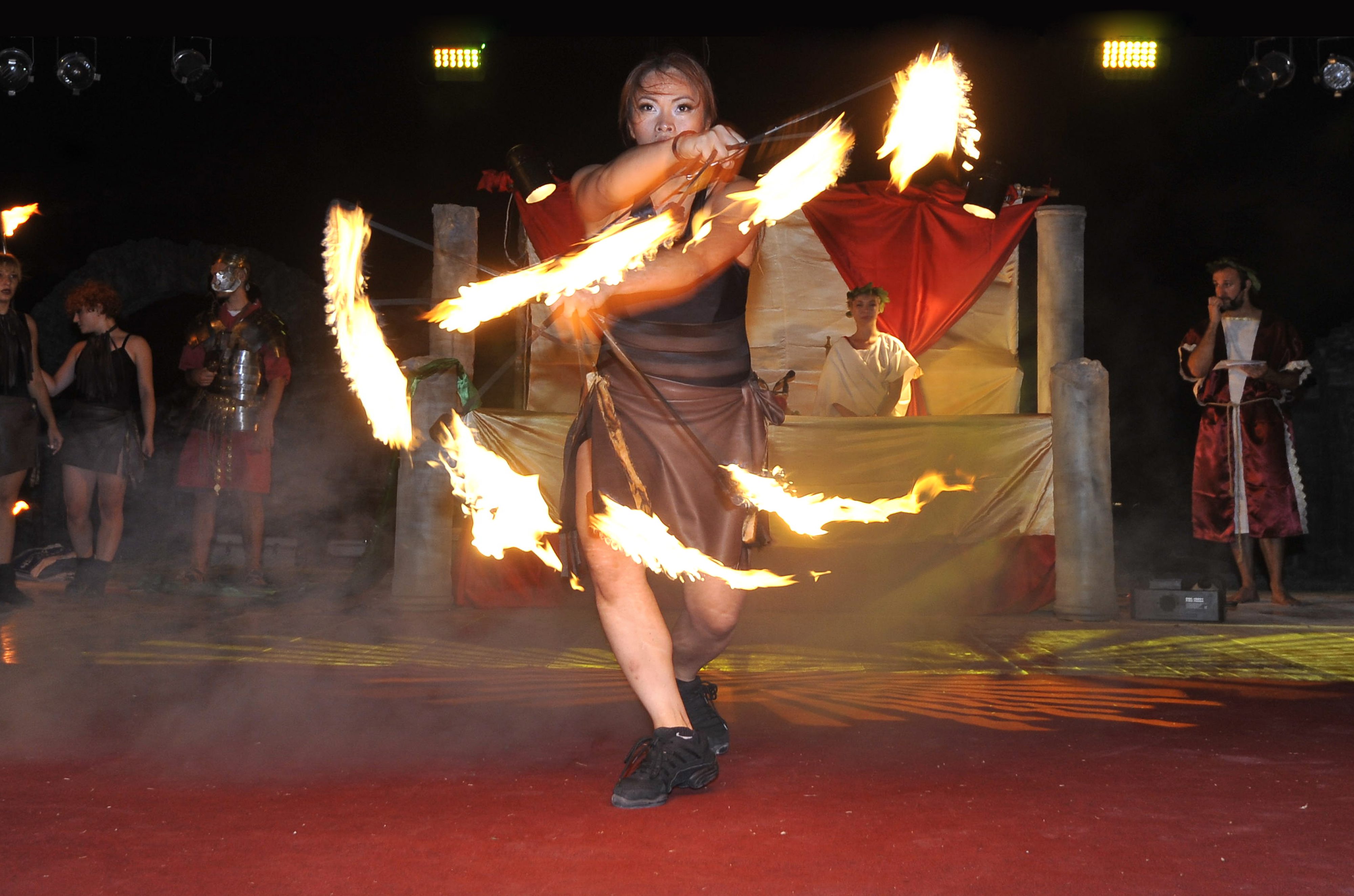 Ancient crafts will be presented and the public will be able to participate in them through restoration workshops, ancient mosaics’ workshops, try how a bow and arrow works, play the ancient trumpet… The fair can be visited from 8.30 pm to 10.30 pm.

Ancient sounds, tastes and scents are foreseen on July 21 at 9 pm when in Tusculum Gardens in Salona the sounds of mandolins and guitars will be heard. The program also offers the preparation and tasting of ancient dishes organized by “Gašpić” Restaurant. During that same evening, the manner of women’s decorations from ancient times will be shown along with ancient make up, scents and hairdos. 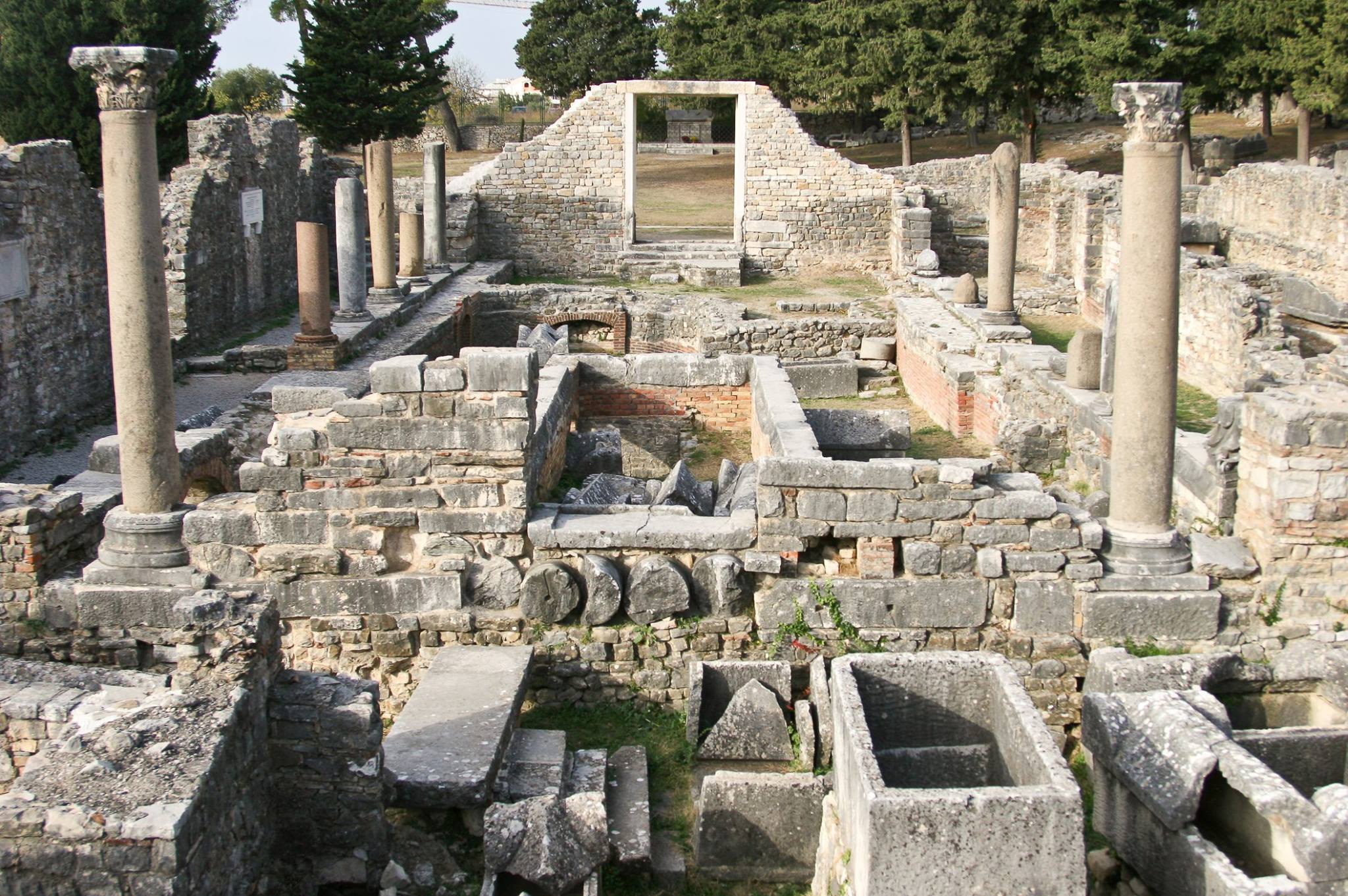 The “Ancient Times along Jadro” program will take place on August 19 and 20 at 6 pm and 10 pm in the center of Solin, near little Glorijet. It is a fair of ancient crafts such as minting, pottery, making of togas and the workmanship of ancient mosaics, trumpets and similar will also be shown.

The aim of this manifestation is to “revive” history through authentic interpretations of ancient heritage, and free sightseeing as well as free transport which is guaranteed for all visitors from Split.