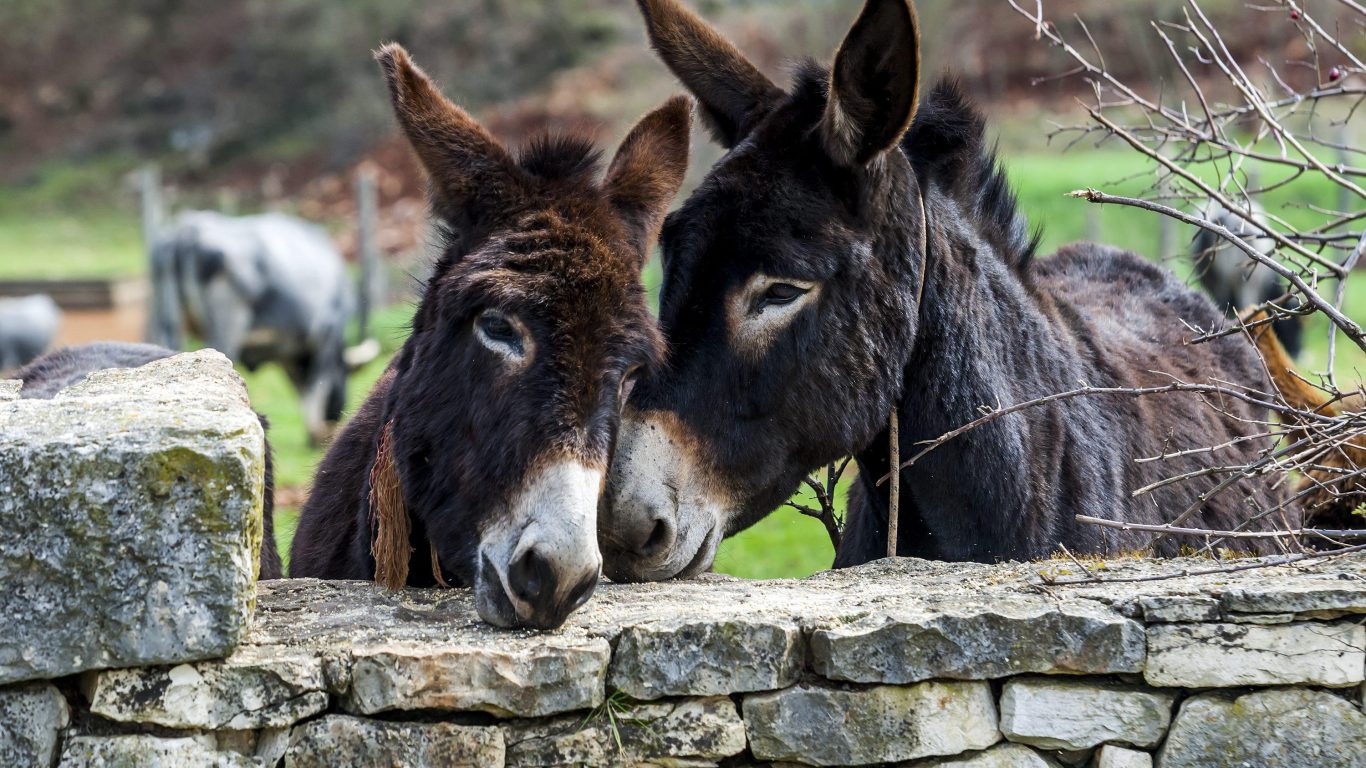 We usually perceive donkeys as stubborn animals that often play comical roles in animated movies. A lot of their owners might agree with some aspects of such perception, but never to an extent that would question the value of this animal. People on Croatian coast have a habit of saying that sardines fed Dalmatia through centuries, and donkeys have built its structures. The beloved beings have been used as a mean for transporting construction materials and have probably contributed to erecting a number of historical landmarks in the region.

Modern world doesn’t use donkeys as stone carriers anymore. However, they haven’t ceased to be loyal allies to human inhabitants of Dalmatia. As a matter of fact, Dalmatian donkeys participate in various tourist projects. One of the most popular events of the kind is annual donkey race in Tribunj that takes place on the settlement’s main promenade.  Interestingly enough, some locals are even experimenting with making dried donkey feces a souvenir for foreign visitors. Who knows, maybe somebody is looking precisely for such kind of present for people back home.

Dalmatian donkeys will surely populate Croatian coast in the future, meaning you will definitely meet them during your travels through the land. Once encountered, they may be a great company for a photograph. Snap an image, upload it to our Facebook Wall and earn a chance to become our media contributor of the day. Together with your four-legged, big-eared partner.