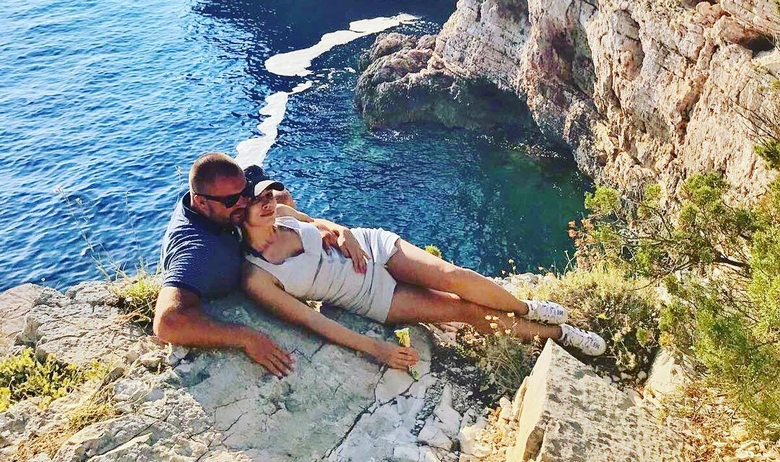 Instagram is a great way to share your travel experiences. Just by following a certain adventurous individual, you can discover new localities, sometimes even those which are not included in tourist brochures and voyage advertising. In case of Croatian women, Jelena Glisic is a prime example of a girl that can’t stay still and is always on the move.

When not venturing the outdoors of Croatia (and some world localities, too), Jelena works as a model and TV hostess of much-loved car show Auto Market Magazin.  But as soon as she finishes her job, she plans her next journey and prepares for upcoming adventure. In the featured photo of this article, you can see her enjoying the scenery of Dugi Otok with her partner Kresimir Lesic, a notable entrepreneur from Losinj.

Jelena has also visited Sokol Grad Fort in Konavle region. The old structure’s name can literally be translated as “The Hawk Town”, and it traces its existence up to 14th century.

The Croatian hostess also likes to venture Istrian region. Here is a photo of her crossing the bridge in the cove near Verudela, near the ancient city of Pula.

The cavernous valleys of Hvar Island are far away from classy restaurants and nightclubs that made destination popular. But they are luxurious in their own way.

Finally, Jelena couldn’t resist not taking a photo of herself enjoying the slopes of Peljesac Peninsula, in Southern Croatia.