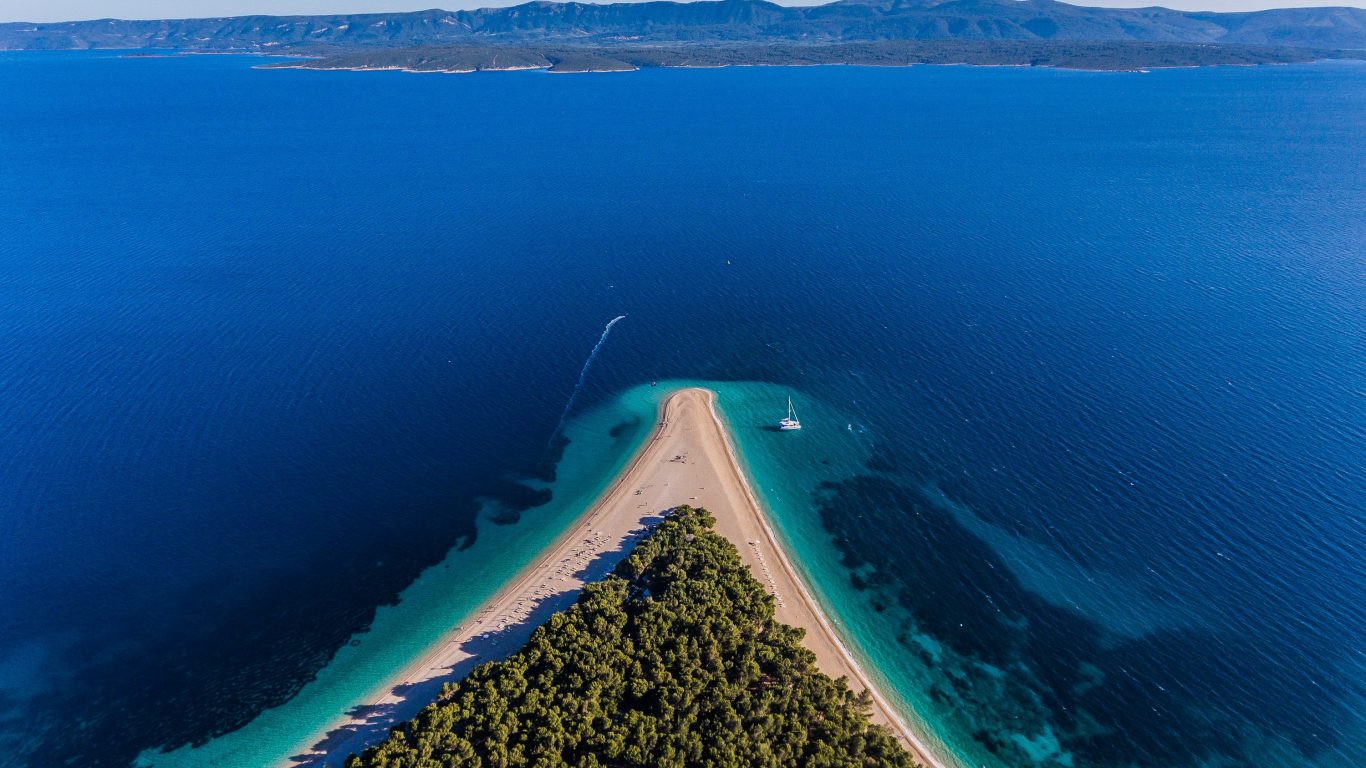 You have seen it on Croatia’s advertising materials. You have encountered it on countless bucket lists. And you probably wouldn’t mind visiting it in one of your upcoming summer vacations. It is a beach called Golden Cape, although locals prefer the Croatian name Zlatni Rat. It is a naval site that constantly changes shape, as small white pebbles are moved back and forth by gentle waves of Adriatic Sea. Being longish in nature, the Golden cape is literally morphing from one form to the other, as if the sea expresses itself on its 650 meter long terrain.

Probably being one of the most recognizable sites in Croatia, Golden Cape annually attracts numerous visitors to Brac. It is a notable island in country’s Dalmatia region, known for the quality of its olive oil and high sun hours per year.

Surrounded with forests of pine, Zlatni Rat even has remains of ancient Roman buildings in area. When all these things are considered, it is really a prime spot for vacation in Mediterranean vibe. Come to this beach of gold, and don’t forget to bring camera with you. As a matter of fact, you may even carry a drone- as you can witness that it has plenty of things to photograph.

Post your images of vacationing in Croatia to our Facebook Wall, and share your love of country with our online community. Of course, we accept video clips too. You may also win a chance to become our media contributor of the day and have your media featured on our homepage.