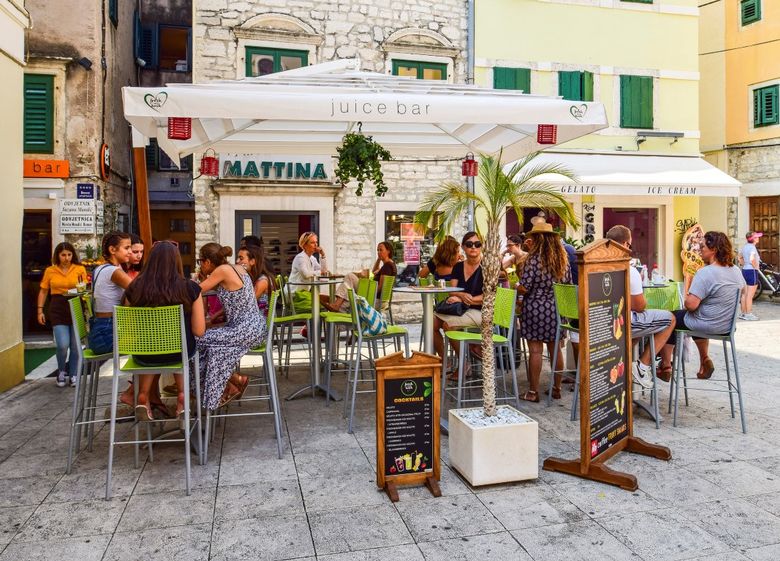 The summer heats can be a challenge during the season, but there are plenty of ways to counter their effects. In addition to having a swim in the Adriatic Sea, one can also drink a glass of refreshing juice. And in Dalmatian Town of Sibenik, the latter can be a real treat, thanks to the local brand called Fresh and Hash.

The company’s first juice bar opened in 2016, and quickly became a notable place both for botth locals and foreigners alike. Now, Fresh and Hash has another spot where it serves its customers, and we probably won’t have to wait for new bars to open in the future. As every nutritionist knows well, squeezed juices are not just tasty drinks, but elixirs that balance vitamins, minerals and sugars needed for optimum work of our bodies. In addition to these, Sibenik juice bars offer smoothies, hard pressed veggie drinks and a number of fruit salads.

In 2017, some new things appeared on Fresh and Hash Menu, such as imaginative sandwiches, natural ice creams and Greek yogurt breakfasts. But it’s not a secret that juices are still leading the way- guests can try up to 32 different kinds of them. When spiced up with ginger, chia seed, parsley or celery, the drinks open up a new layer of taste that embraces one’s senses. Energy bars and top-class coffee is also an option, so you won’ leave hungry from Fresh and Hash.

The tasty juices wait for you in Sibenik, on address Trg Kralja Drzislava 1 (it is just the opposite of the theater). You can also enjoy Fresh and Hash in town of Skradin, on the address Sibenska d.d. Finally, for some more info on this rising Croatian brand, visit their official website and check out their offer. Don’t forget to leave your feedback in our comments section below.