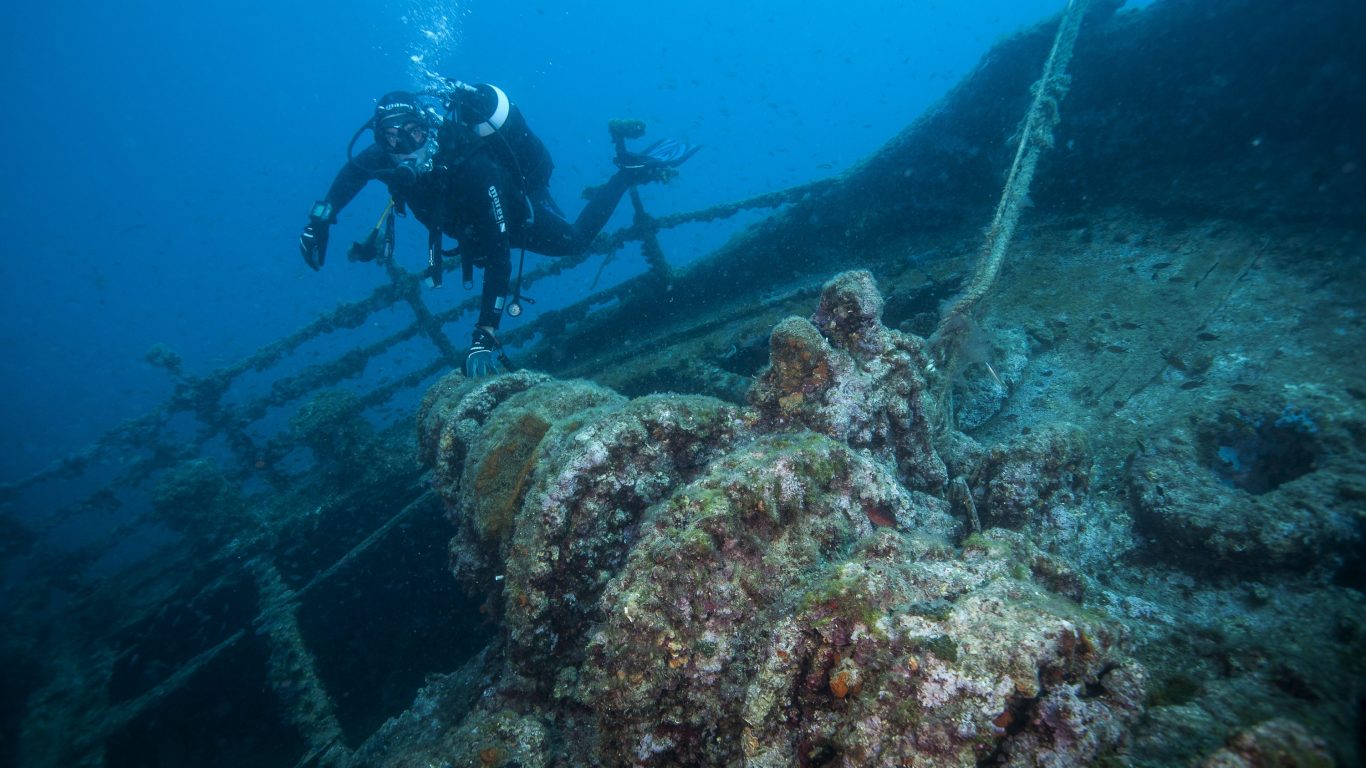 There are many ghost ships beneath the waves of Adriatic Sea. While not being literally haunted, these localities do seem to be creepy to certain extent. Take for example, Taranto wreckage in the vicinity of Grebeni Islands. Concealed by the mystic blue tones of Croatian Sea, this old ship looks like an abandoned underwater tower that has been under spell for numerous decades. 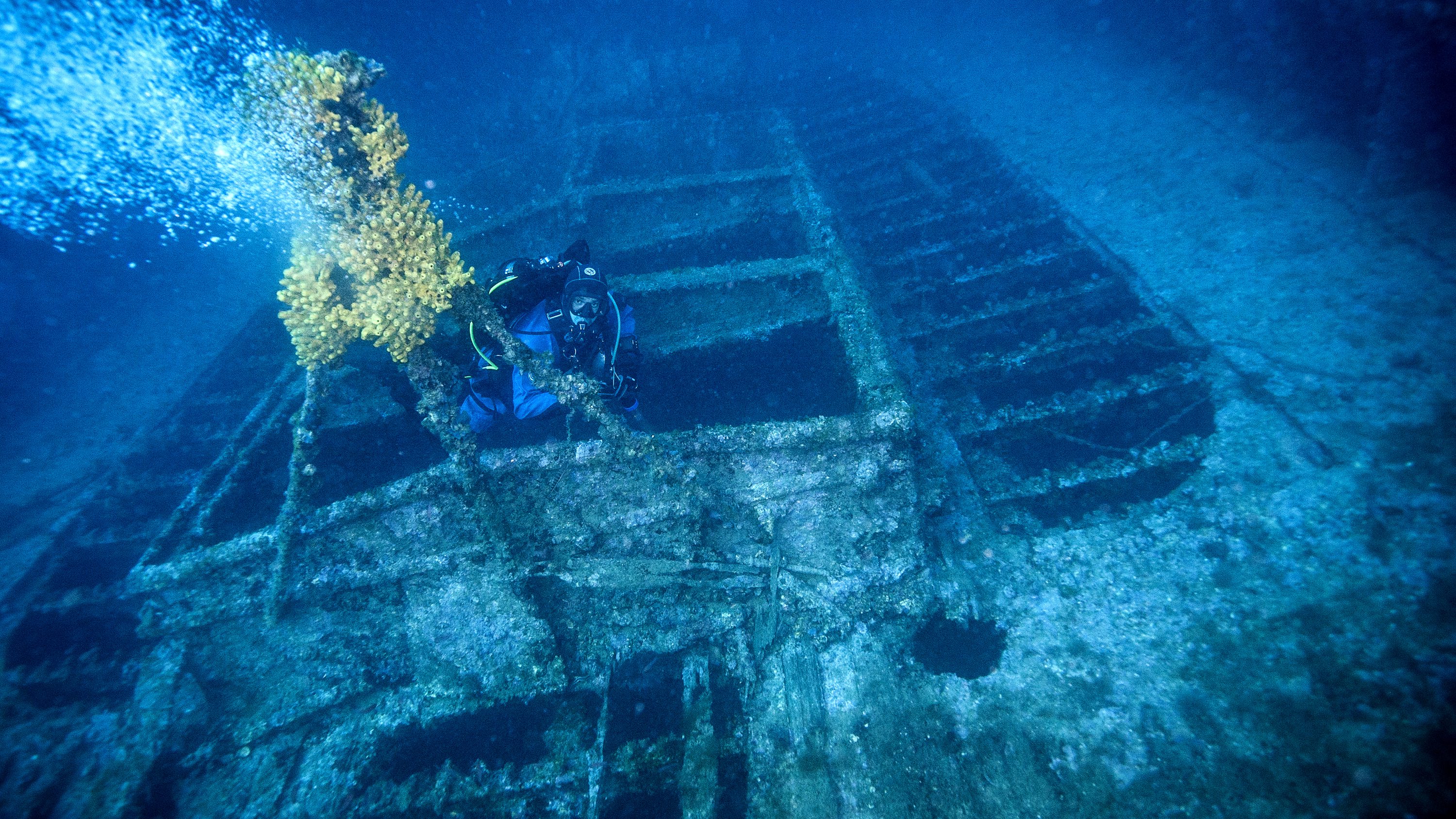 Before becoming a rusty scuba-diver destination, the ship served in Italian Navy. During World War II, she was hit by sea mine that greatly damaged its hull. The crew couldn’t repair the damage and once proud vessel turned in what is known today as Taranto wreckage. Visiting her iron skeleton is adventurous feat and shouldn’t be done without professional diving company.  But to many, it may be an amazing experience that will never be forgotten.

Taranto wreckage waits for you. Learn more about ghost ships of Adriatic here.