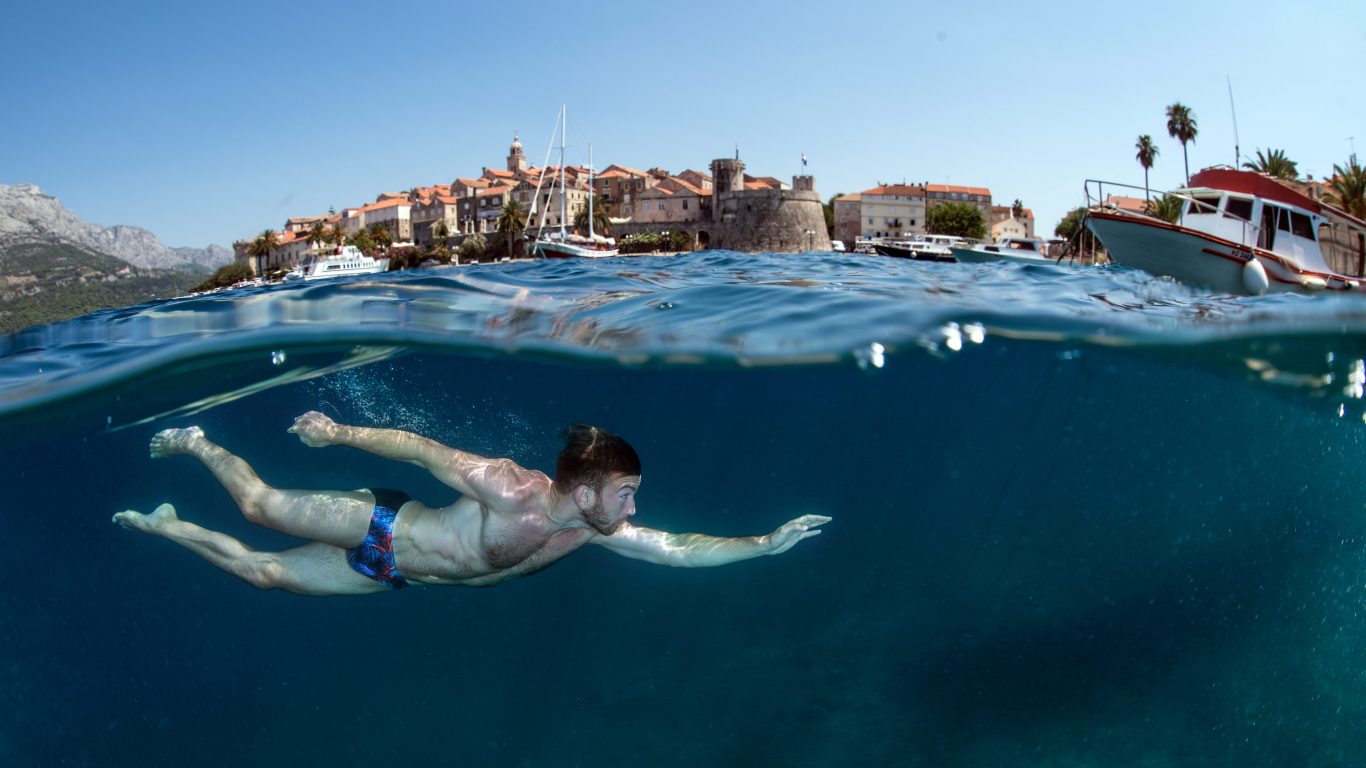 Now, isn’t this a truly magnificent photo? You can be on this guy’s place if you opt to visit Korcula, a lovely settlement situated on the Island of the same name. One dive beneath Adriatic Sea waves is all it takes to make you feel refreshed and ready for new adventures in Croatia.

Just as the depths of Adriatic are attractive in their mysteries, so are ramparts of Korcula on the island’s solid ground. The stone walls share some similarities to those of Dubrovnik on the mainland, just having stories of their own. 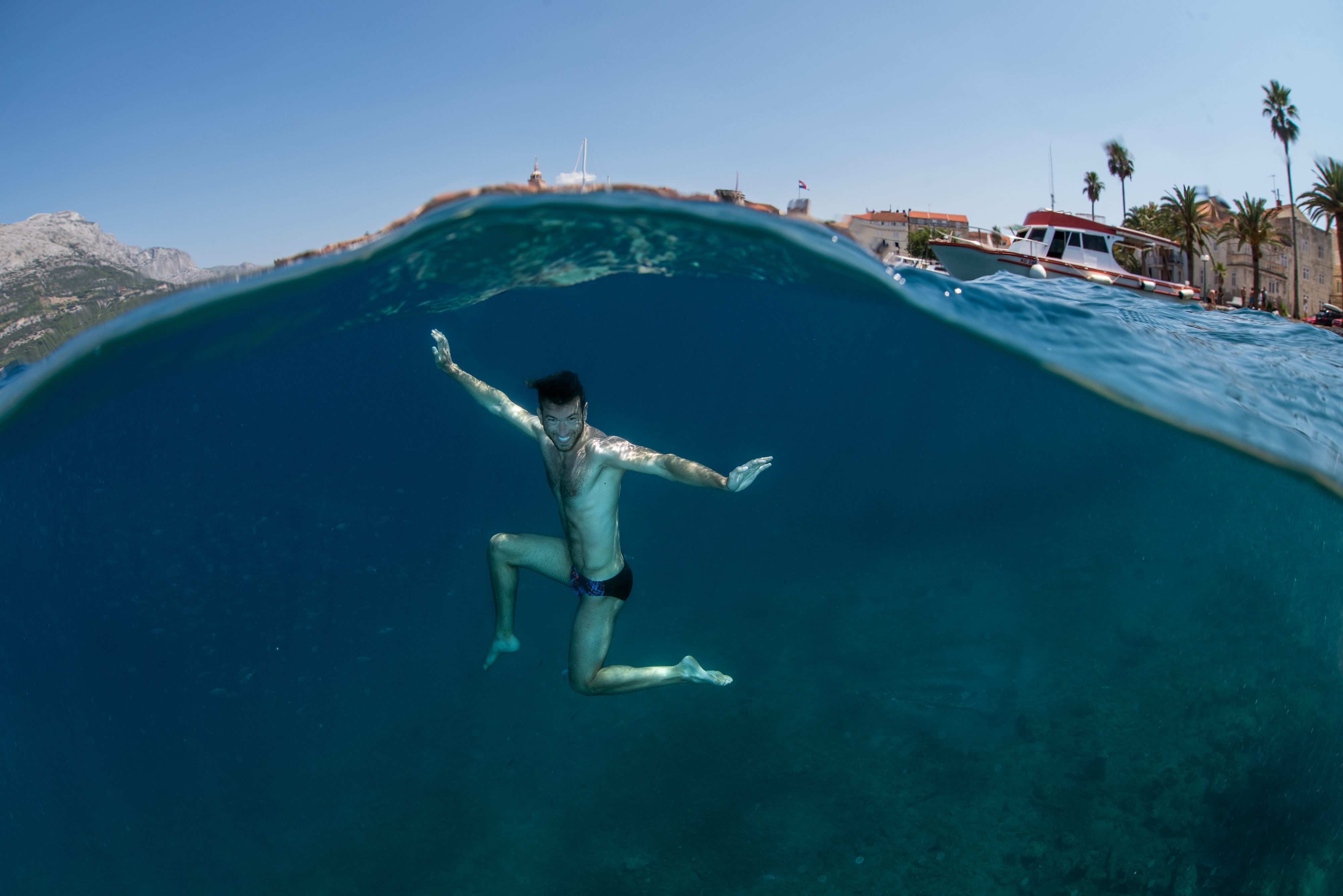 Some Mediterranean legends claim Korcula was inhabited by Greek Hero Antenor about 1200 years before Christ was born. The main settlement is widely known in historical fields for having law statues as early as 13th century, which is considered very early for Europe. These also prohibited slavery even at that time.

Learn even more about island here, and dive beneath Korcula waves through our image gallery below. 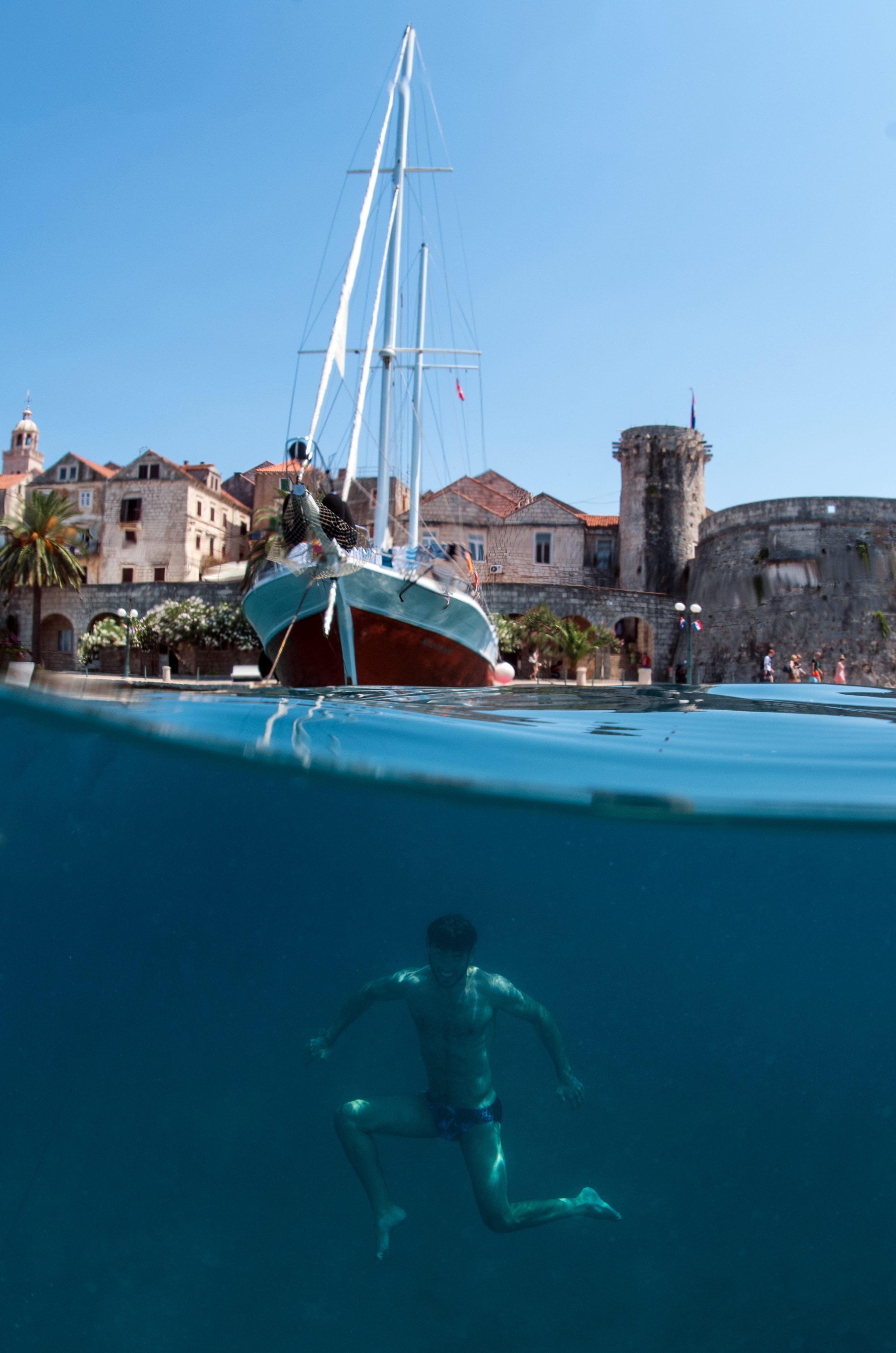