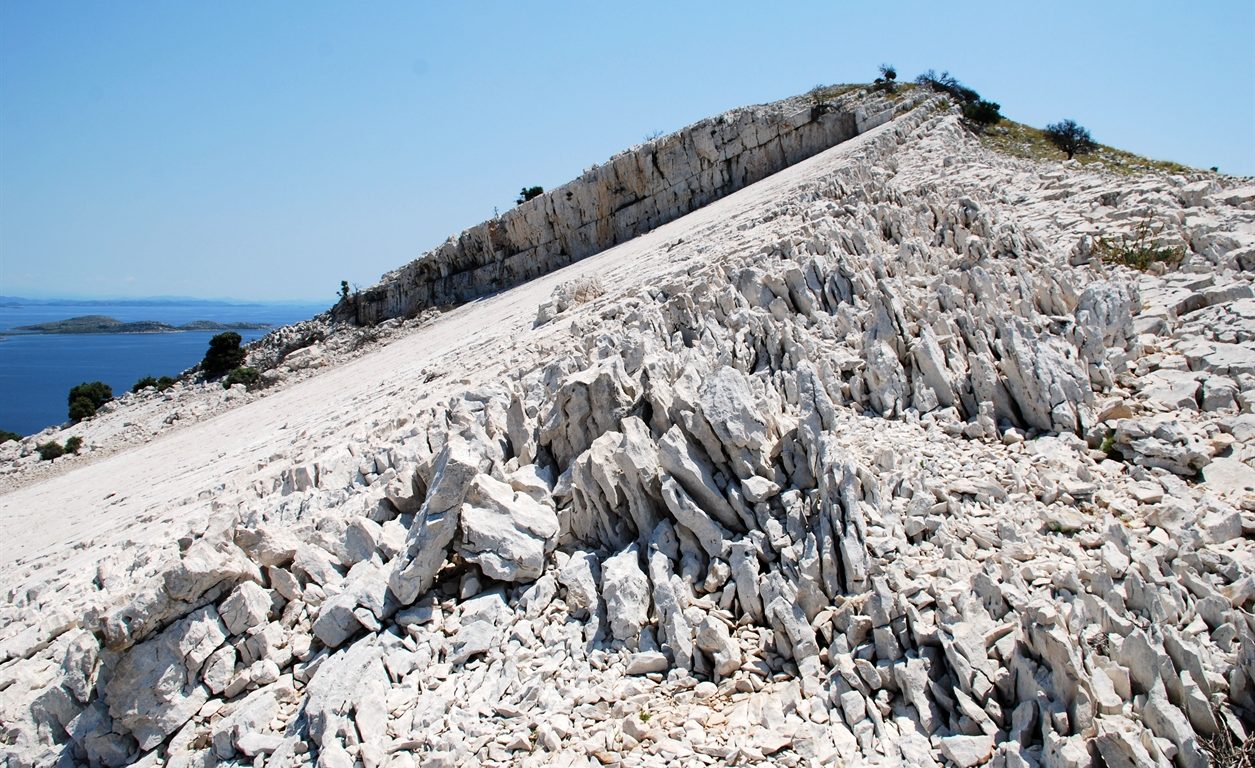 The beauty of Kornati archipelago is well known, and many decide to have a vacation in its peaceful coves. Yet, the magnificent national park still holds many secrets, inspiring scientists to observe the local vegetation and animal species.  The very soil of Kornati can be mysterious, as proven by Vela Ploca, or as English-speaking people would call it “The Grand Plate”.

The site in question is actually a large natural stone plateau, having the size of one and a half soccer field. It is relatively smooth, compared to the rest of the environment. One can’t miss its large carst mass beneath Metlina peak, located on the archipelago’s central Island of Kornat. 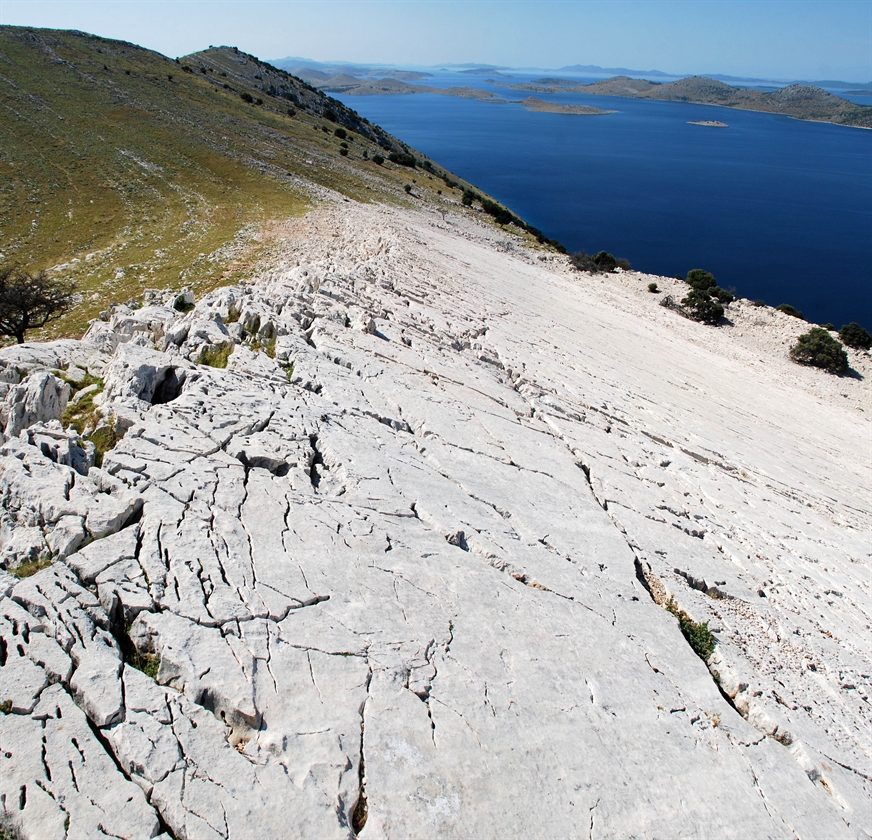 Several legends are associated with Vela Ploca. One says it was brought by fairy people on the island. The other claims that plate was supposed to cover the amphitheater in Pula, but that the builders were clumsy, and the majority of the mass ended up in the Adriatic Sea. In every case, it is a place that largely inspires imagination.

Geologists unanimously agree that the plate actually moved on its own from the higher ground, due to its heavy weight and gravity. One can only imagine what the scene looked like. A massive stone platform literally rushed down the slope, changing the shape of the island on the go. But scientists wanted to go one step further, and learn when did this actually happened.

The board of experts, coming from Croatia, Slovenia, France and Spain, examined the terrain of Vela Ploca and published their findings in magazine Quaternary International. According to acquired data, the natural plateau has formed about 2400 years ago. The results also claim that surface of Vela Ploca shrinks for about 21,5 micrometers per year. That means that in one million years, the stony platform would be 21 meters thinner.

Interesting to scientists, but nature lovers as well,  Vela Ploca is yet another unique place you can visit in Croatia.