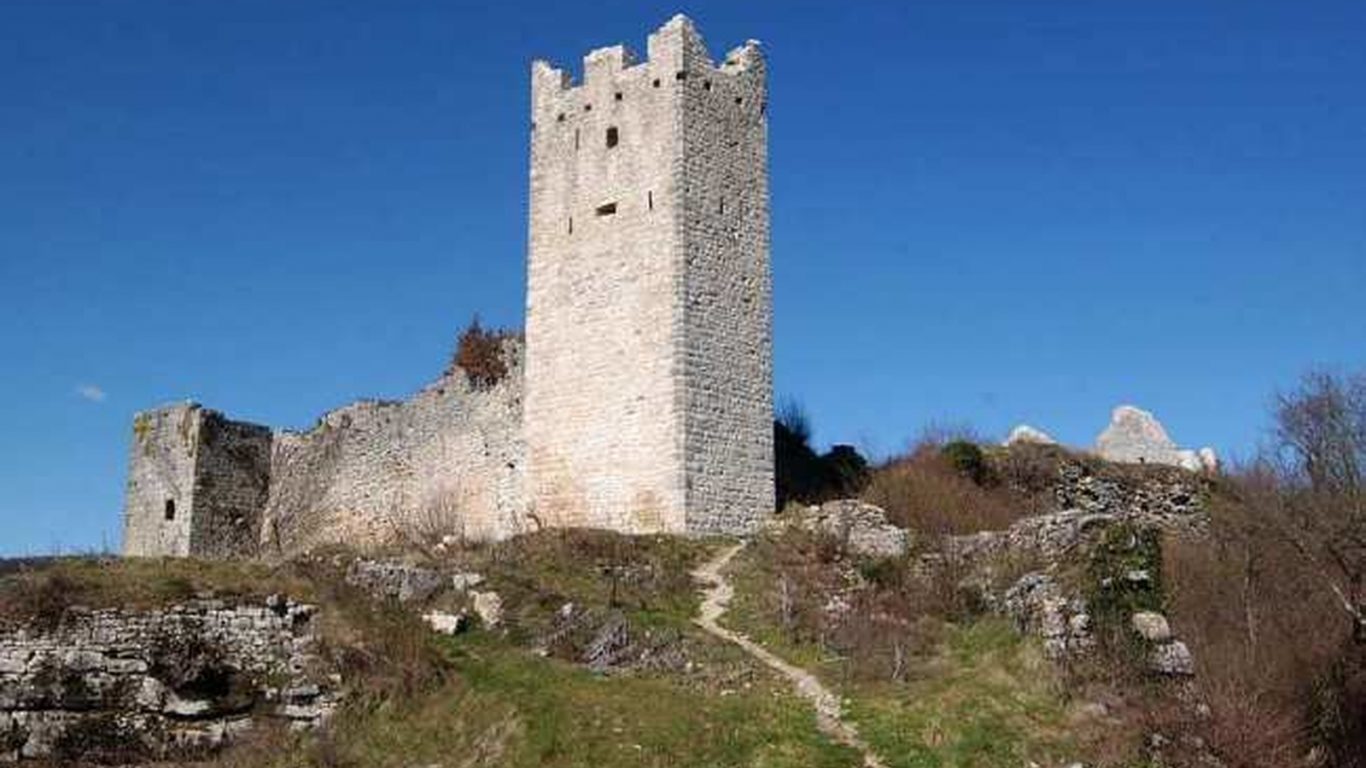 Near Rovinj in the Draga valley lie the ruins of Dvigrad, a Medieval town known as Istria’s Pompei. Early written documents and archaeological finds have revealed that the town received its first inhabitants during prehistoric times, when Illyrians settled in the Istrian region. Perhaps Dvigrad’s people carried out their daily duties in peace and enjoyed a number of pleasantries for a time but the town’s tumultuous history carries a great train of sadness with it.

Dvigrad was originally a settlement of two different towns–Parentino and Moncastello. Parentino did not last for long and today no visible evidence of the town exists in the Draga valley. Moncastello did flourish though and took on a new name, Duecastelli.

In 1345, Dvigrad was attacked by Genoese admiral Paganin Doria when conflicts erupted between Genoa and Venice. Venetians then sacked the town in 1383, before it briefly came under Venetian rule. In 1613, malaria and plague nearly wiped out Dvigrad’s population of 700. Still, the town was not not safe from sieges. In 1615, the Uskoks invaded, further crippling the already weakened settlement.

Bishop Tommasini visited the town in 1650 and what he found came as a shock–only three poor families remained, struggling to survive after all others had died around them. Eventually in 1714, Dvigrad’s last residents left for Kanfanar, a nearby town that is still well-populated to this day.

Over time, many of Dvigrad’s houses were demolished and walls collapsed due to decay. Weeds and snakes overtook the town’s grounds and nature still claims most of the area today. It is perfectly safe to visit though, and makes a wonderful afternoon outing for anyone visiting Rovinj or any nearby central Istrian towns. The early Christian church of St. Sofia from the 13th century can be viewed along with the old city walls, lookout towers and a baker’s oven. A perfect place for exploration, Dvigrad also offers a lovely panoramic view of the Draga valley. Come for a short trip or stay a bit longer and set down a blanket for a nice afternoon picnic.