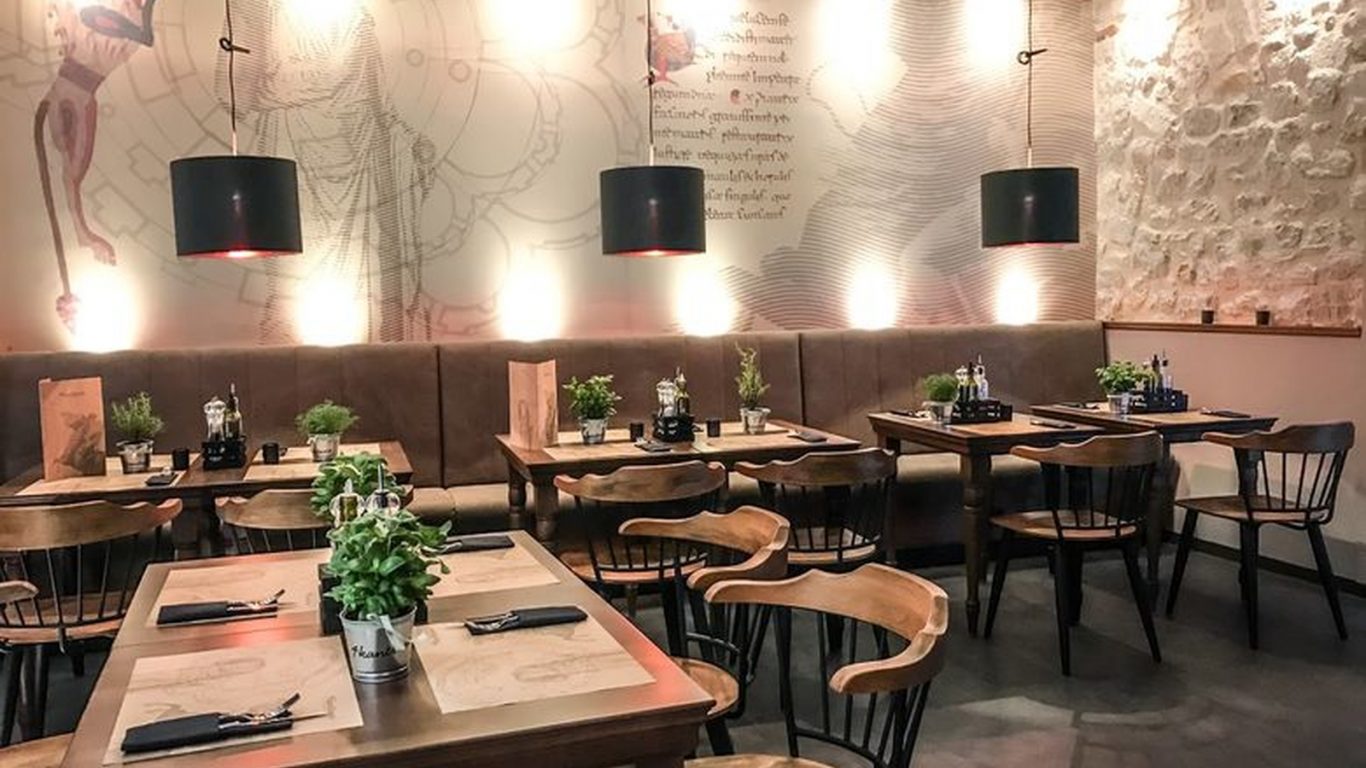 The Dalmatian Town of Zadar offers plenty of dining places, and the recently renovated pizzeria 4 Kantuna is certainly among the most impressive ones. It is situated in Varoska Street, on the same spot that held the city’s first fast food restaurant. Now, burgers and fries have retreated in front of rich pizza meals, which can be consumed in a fancy interior that cherishes Zadar history. To those interested, 4 Kantuna actually means “4 Corners”. 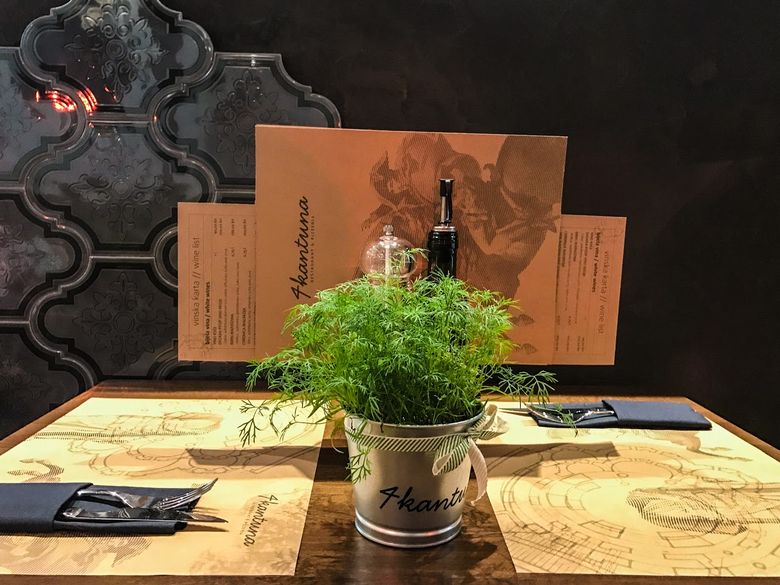 Owners Vinko Smokrovic and Dalibor Mijolovic didn’t want to have a restaurant that lacks identity. They imagined a place that is classy, but at the same time embraced by Zadar history.  To form such interior, they hired designers Lada Sega and Borka Sirola of Wanda Design, which fulfilled their duties admirably. Full of small details that reflect Zadar’s past, 4 Kantuna became a favorite spot to many local residents and foreign guests.

The space is dominated by large custom-made wallpaper, featuring images associated with Zadar’s history book. You will find Biblical texts, Napoleon, lion of Venice and statue of Roman goddess Minerva. Finally, you will also be able to see the construction layout of Saint Donatus Cathedral, one of city’s most cherished landmarks. Decorative plates are settled on the wall too. You’ll find examples of glagolitic texts, naval maps and architectural sketches engraved on these, adding to the historical vibe. The Mediterranean atmosphere is suggested by selection of spice herbs, which can be found on every table. 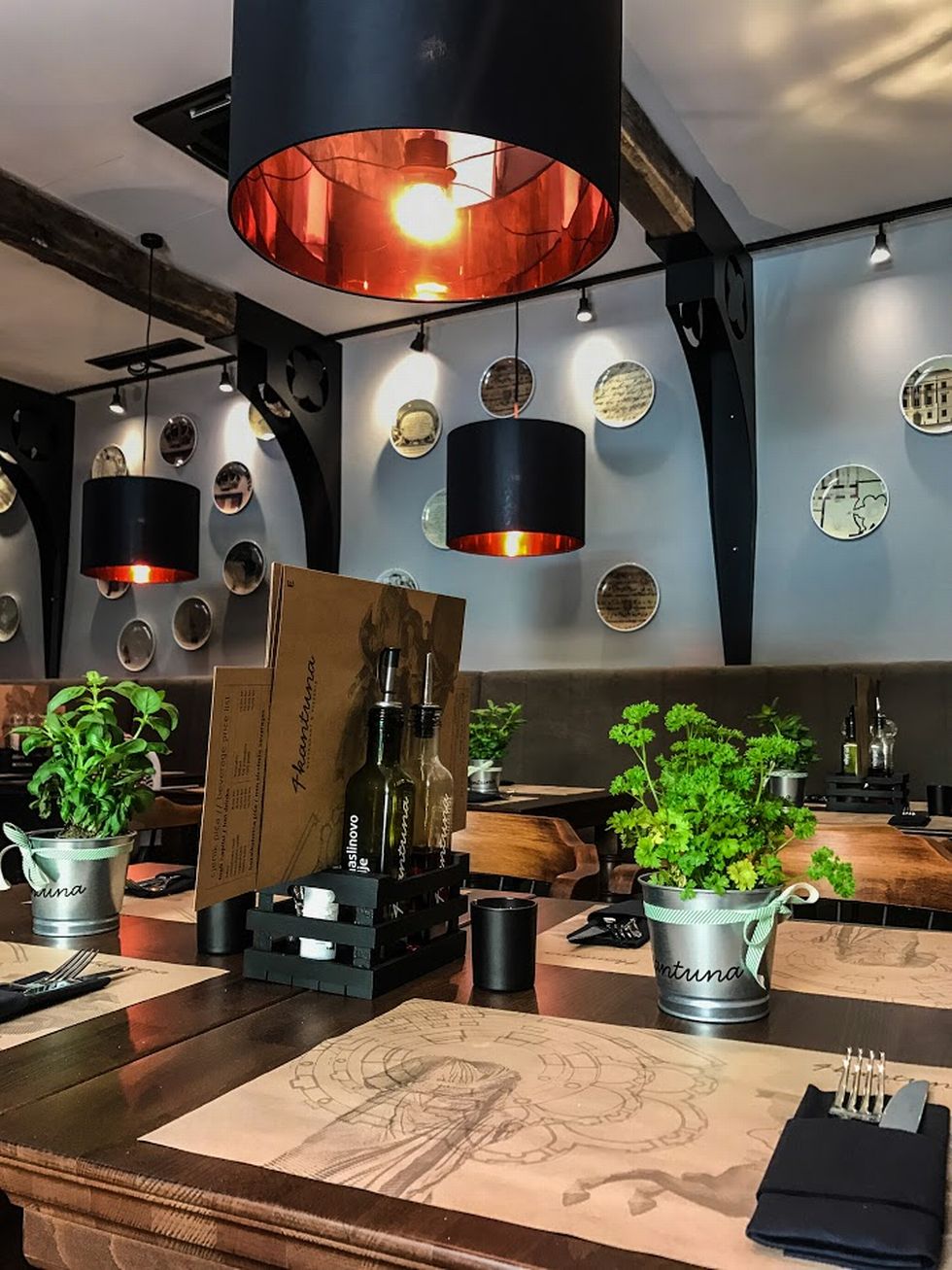 As for the food, the customers don’t seem to have any remarks. So if your Croatian travels lead you to ancient City of Zadar, consider visiting 4 Kantuna, and have a great dine with your family. Check out our image gallery of the place below, and don’t hesitate to share your impressions in the comments section.