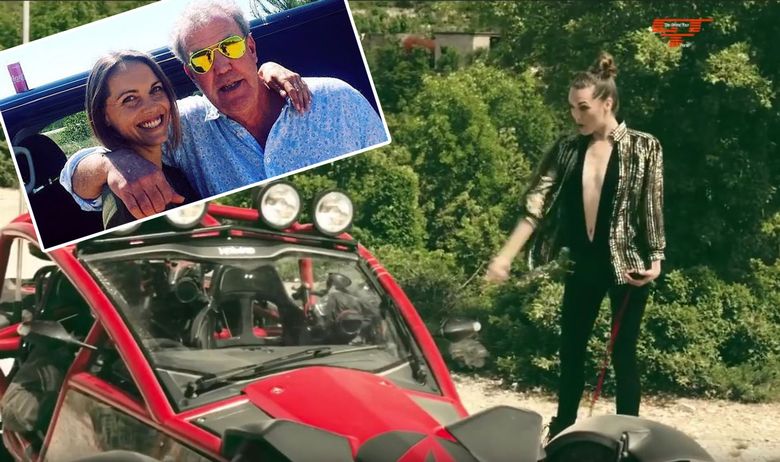 About one month ago, Amazon streaming service published the fourth episode of The Grand Tour, a show dedicated to cars and witty commentaries of Jeremy Clarkson, Richard Hammond and James May.  But a certain Croatian finish line girl stole the show in the episode, as her charm prompted online community to wonder about her identity, and whether she will conclude races in the future.

Members of some other online networks, such as Reddit, have also expressed curiosity on this subject, and the mysterious female soon became a sort of unofficial symbol of the show. So who is she?

Meet Silvija Jurin, a marketing expert that resides in Zadar and is no stranger to fashion work.  Her clients include Dolce&Gabbana, VOX Television Channel and Tourist Associations of Croatia. She explained that crew of Grand Tour simply called her one day and asked for two of her photos. “One hour later, they called again, and told me they’d like to work with me, „she explained to Croatia Times source.

The show usually includes races between notable vehicles, driven by the popular hosts. Silvija’s original job was to wave the flag initiating the race, but the drivers were paying too much attention to her, so decision was made to make her a Croatian finish line girl.

“The boys are jokers in real life as well,” Silvija described her experiences during filming. “They are also very professional and real gentleman. “ 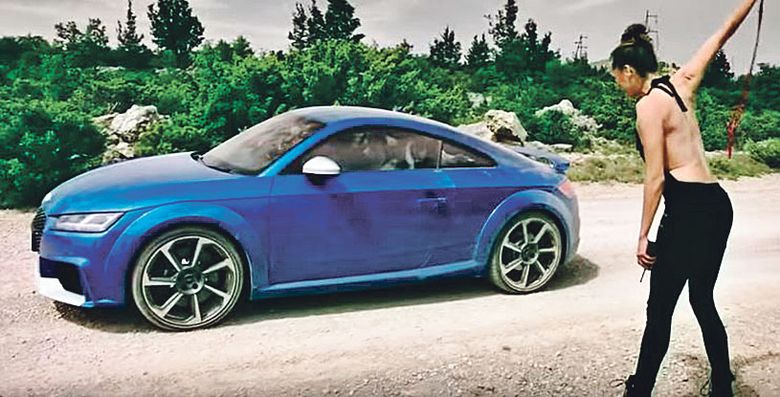 In one scene, Hammond was driving Silvija in his Audi TT. But as she doesn’t really like high speeds, she begun to scream loudly at one point. “I thought, if I were to die here, at least I’ll die next to Hammond.” The fear was not without support, however, as Grand Tour host completely destroyed Croatian supercar Concept One merely a few weeks after.

In addition to Croatian finish line girl Silvija, Grand Tour was also filming the natural beauty of Plitvice Lakes and Island of Pag, which is a nice promotion for the country’s increasing tourist potential.  If planning to visit the beautiful Mediterranean state in the future, don’t forget to snap a few photos and send them to our Facebook Wall.

It’s Clarkson, not Hammond that drives the TT RS in the episode; Hammond drives an ARIEL NOMAD…..
And Silvija is never in Hammonds car….
…atleast not in the finished program!

How is the cute girl behind clarkson in the jaaaag