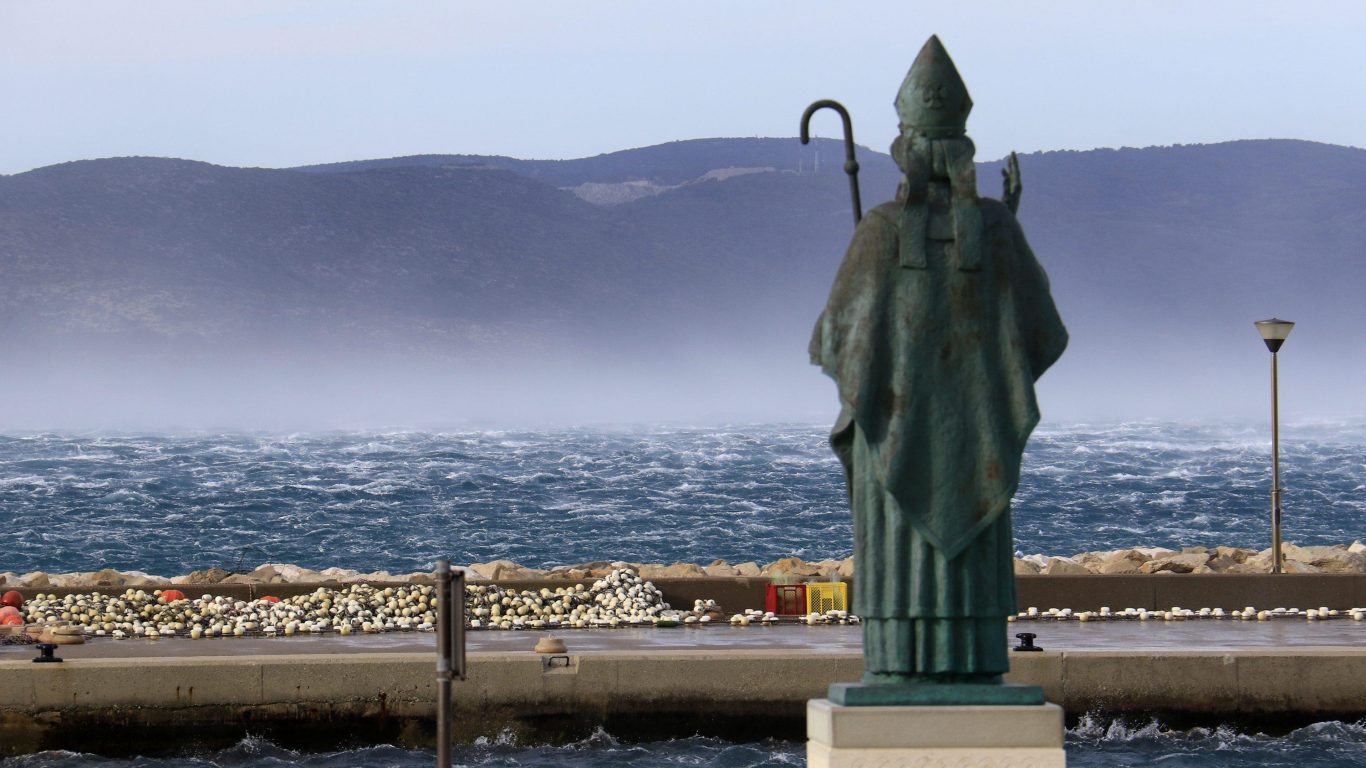 During colder period of the year, a lot of strong winds appear along Adriatic Coast. They can be quite a nuisance if you wish to drink a glass of wine in the outdoors, not to mention have a sail. But, naval life demands sea to be traversed, even with the wind as strong as bora. Sailors are cautious on their duties and doing their best to transport goods, but having some spiritual bond surely helps in everyday work. A lot of them find reassurance in Saint Nicholas, a Catholic patron saint of sailors. This heavenly individual is associated with a popular tradition of leaving gifts in good children’s shoes. Unlike Santa Clause that brings presents on Christmas, Saint Nicholas circulates the globe on his feast day, December 6th.

Saint Nicholas has a statue in Baska Voda, whom he also patrons. It is authored by sculptor Mladen Mikulin and has been installed on the waterfront. The saint has a hand in the air, blessing all those that arrive in Baska Voda, as well as those that leave. In these days of high waves and stormy weather, it is a calming gesture that many will value. Plus, the whole scene can lead to some nice photographs, such as the one above made by Ivo Ravlic. May it serve as an invitation that you visit Baska Voda during the year’s sunnier season.