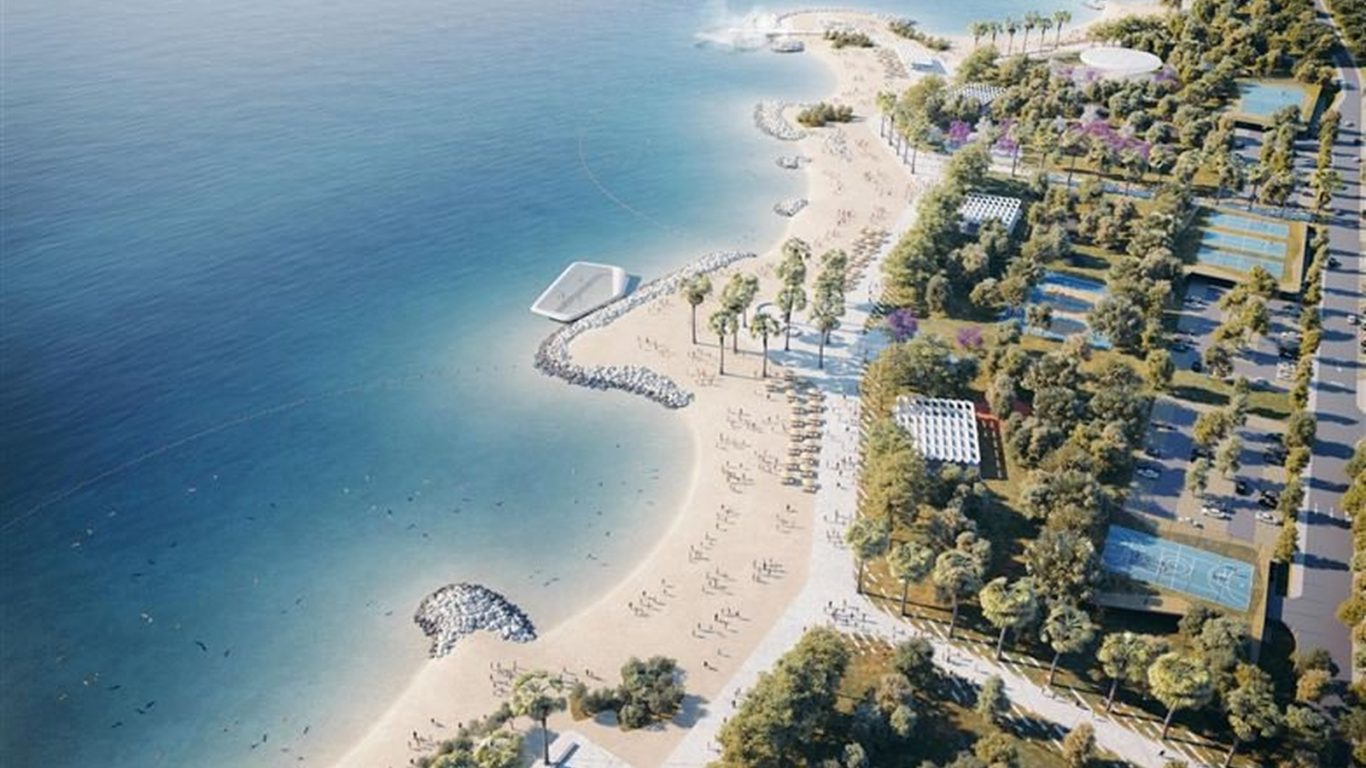 One of the most attractive beach localities in Dalmatia Region, Znjan Beach of Split, will go through thorough renovation in the upcoming seasons. The coastal site will preserve its initial function as a prime swimming spot both to locals and foreigners, acting also as a sort of ‘urban forest’ in the Split’s broad center. We talked about the redesigned look of Znjan beach with one of the project’s leading names, architect Ivan Juric.

“We approached the task with budget in mind, envisioning a renovation that is easy to make,” Juric explained. “My team was certain that Znjan had to remain a vast, open space that isn’t stiffed by buildings. That is why all of the planned objects will be at least 45 meters away from the sea entrance.”

Some opinions suggested Znjan could benefit from more café bars. According to Juric, this is acceptable as long as such objects don’t obstruct space openness.  The redesigned look of Znjan Beach will come with large plateau, featuring three squares connected with promenades. About 400 parking spots will be available, as well as a number of sport terrains. A large pool is also planned to be constructed.

Papal Cross, a religious landmark that decorated Znjan so far, will be moved to a nearby park. “I think it was on a clumsy spot, really. It lacked a more impressive background. Surrounded with nature, it may become a nice locality for outdoor weddings.”

Juric mentioned that large amphitheater might become a valuable asset to Split cultural life. The structure will welcome concerts and entertainment events. In winter months, it can be easily covered by inflatable roof.

It will take some time before the redesigned look of Znjan Beach comes to existence. However, one can hope the update will take place before tourist season of 2019.  If you can’t wait that long, consider visiting some other awe-inspiring beaches of Dalmatia.