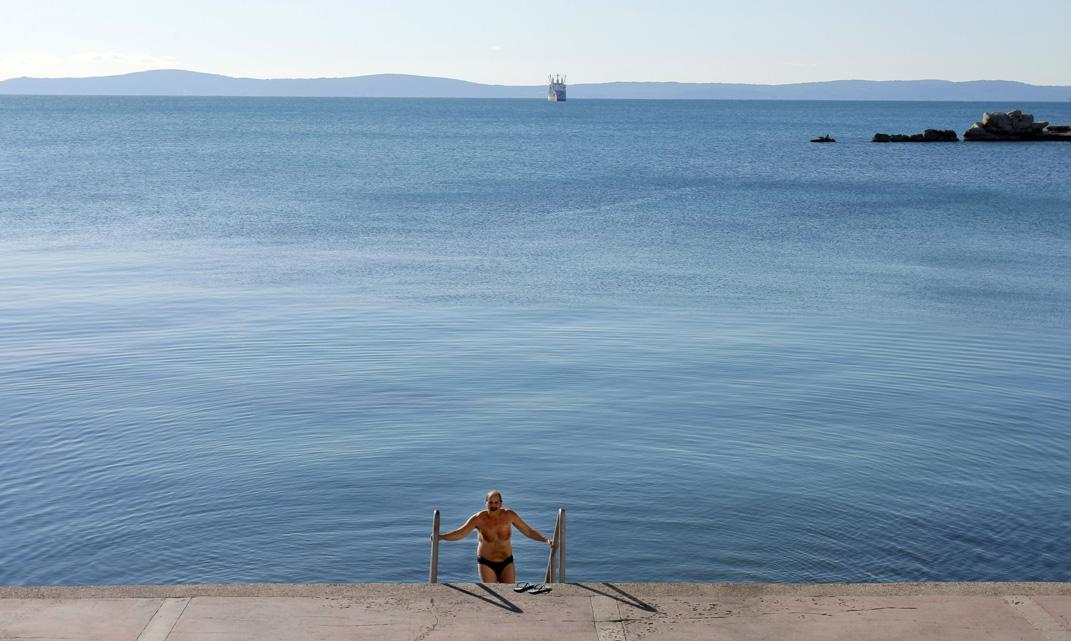 From all beaches you can access in coastal areas of Split, Bacvice might easily be the most popular one. In peak summer months, it is visited by hundreds of swimmers and sunbathers.   But the photo above was not taken at that time of the year. It was filmed in winter, with temperatures being around zero degrees Celsius. The senior swimmer doesn’t seem to be troubled with coldness. As a matter of fact, it is not strange to see Croatian people enjoying sea outside winter periods. Some even advocate it, claiming that such unique refreshment benefits health.

In any case, if voyages bring you to Croatia outside warm tourist season, know that having a swim on Bacvice is still an option.