Irish rock band U2 is one of the most popular musical groups in the world, with decades of succesful career and a number of albums that largely influenced the genre. The frontman of this ‘travelling show’ is charismatic Bono Vox, who also authors most of the band’s songs. No stranger to Croatia, Bono has brought global attention to restaurant Laganini, situated in Palmizana Cove in Paklinski Archipelago. There he was awed with culinary work of chef Hrvoje Zirojevic, one of the leading experts for fish dishes in Europe. The rock star lauded every meal he ordered on his social networks, and promised to return one day to Palmizana. 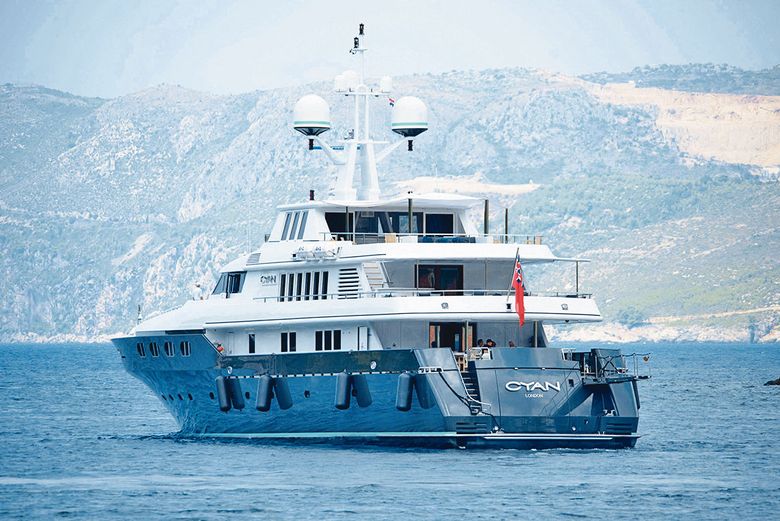 Two years have since passed, and Bono Vox has fulfilled his promise. Travelling with his company and on board of his yacht Cyan, the Irish music maker reached Laganini restaurant once more. „As soon as he arrived, he asked for ‘ Chef H’ since he couldn’t pronounce my name,“ Hrvoje explained to Croatia Times source. „A lot of people have recognized him and asked for a photo. He gladly accepted, and I was glad that they left him alone during the dining. I can only imagine he needs peace on vacation.“

„Bono was delighted with Hvar wines of Plenkovic brand. I could tell that he liked them very much. As for dining, his meal begun with fresh Adriatic tuna followed by oyster and swordfish dishes. He ordered the latter during his first visit, so I knew he liked that food. “

The singer also found delight in makaruns made on fennel branches and coupled with prawns, porcini and truffles. The lunch continued with smoked risotto that came with caramelized Paski Sir ice-cream, and Carpaccio made of tuna and stuffed with goose liver.

Once Bono concluded his dining, he exchanged a few words with Croatian chef. One can be assured the singer made another promise of return, maybe even next year. Hrvoje Zirojevic was glad that he confirmed the quality of Laganini restaurant and his own wits. The famous Croatian cook teaches on no less than three faculties, and was prepping meals for people such as Prince Harry, Beyonce, Jay-Z, Novak Dokovic and Andrej Sevcenko.

If you are a fan of sailing and dining exquisite food, there’s no other option but scheduling a voyage to Palmizana cove.