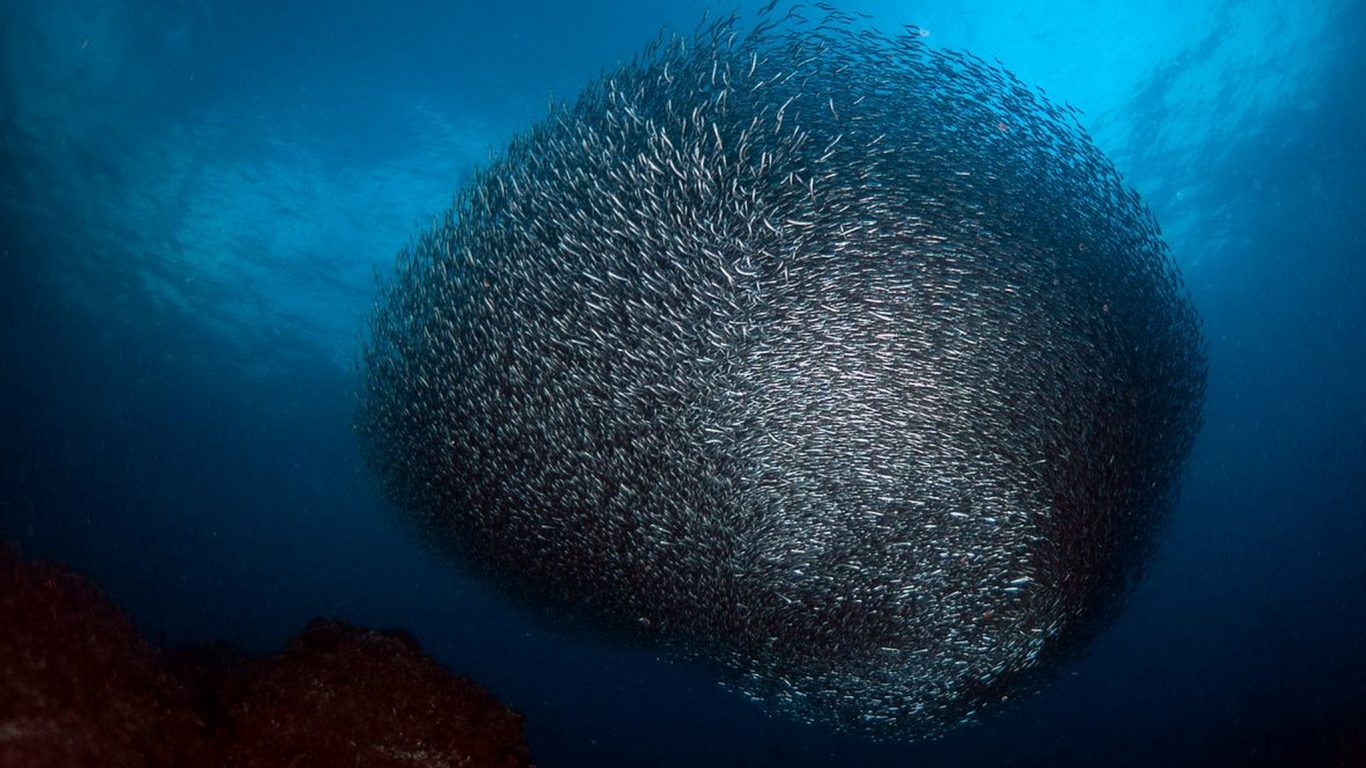 The underwater realm hides many beautiful types of scenery. But for small fish, it is also a place filled with dangerous predators that lurk in the darkness. In order to defend themselves from these threats, the tiny animals unite in unique ways. Fish such as Mediterranean Sand Smelts, for example, join their strengths and form various geometrical shapes with their group. As such, they look very intimidating to potential eaters who often decide to seek their lunch elsewhere.

The balls of fish are common in all parts of the world, yet the smelts on the photo above were photographed in the vicinity of Rijeka.  While being completely harmless to humans, the fish balls may surprise the inexperienced divers and cause some commotion. However, it is just another fascinating feature of the world below the waves.