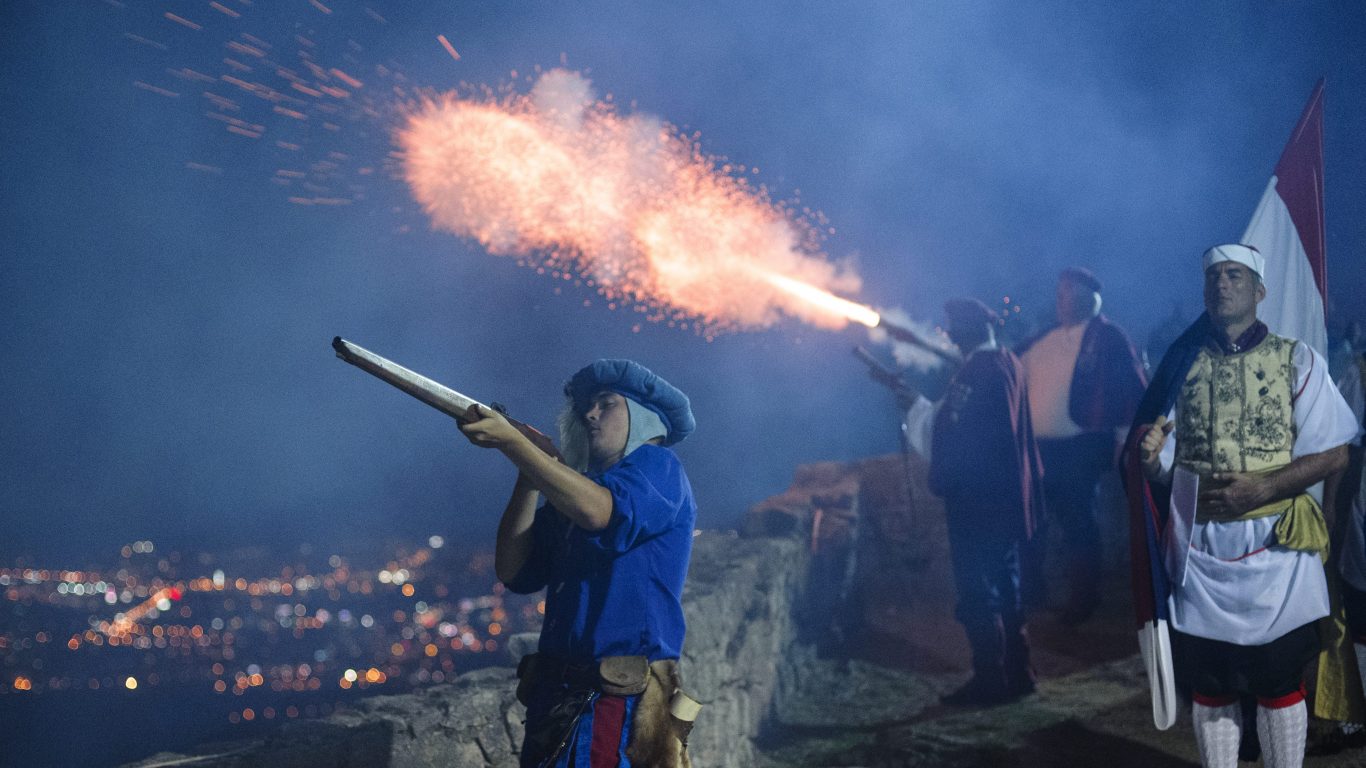 Are you ready to witness a fascinating gathering that depicts the battle of Klis? This fort has been a site of many historical battles and lovers of past times have plenty of reasons to visit it during their summer vacation. The grandiose site is located in the highlands of Split, overseeing as far as Dalmatian Islands of Vis and Hvar. The ancient structure literally changed the course of history in 16th century, as the locals managed to thwart the invading armies of Ottoman Empire, thus saving Christian Europe. 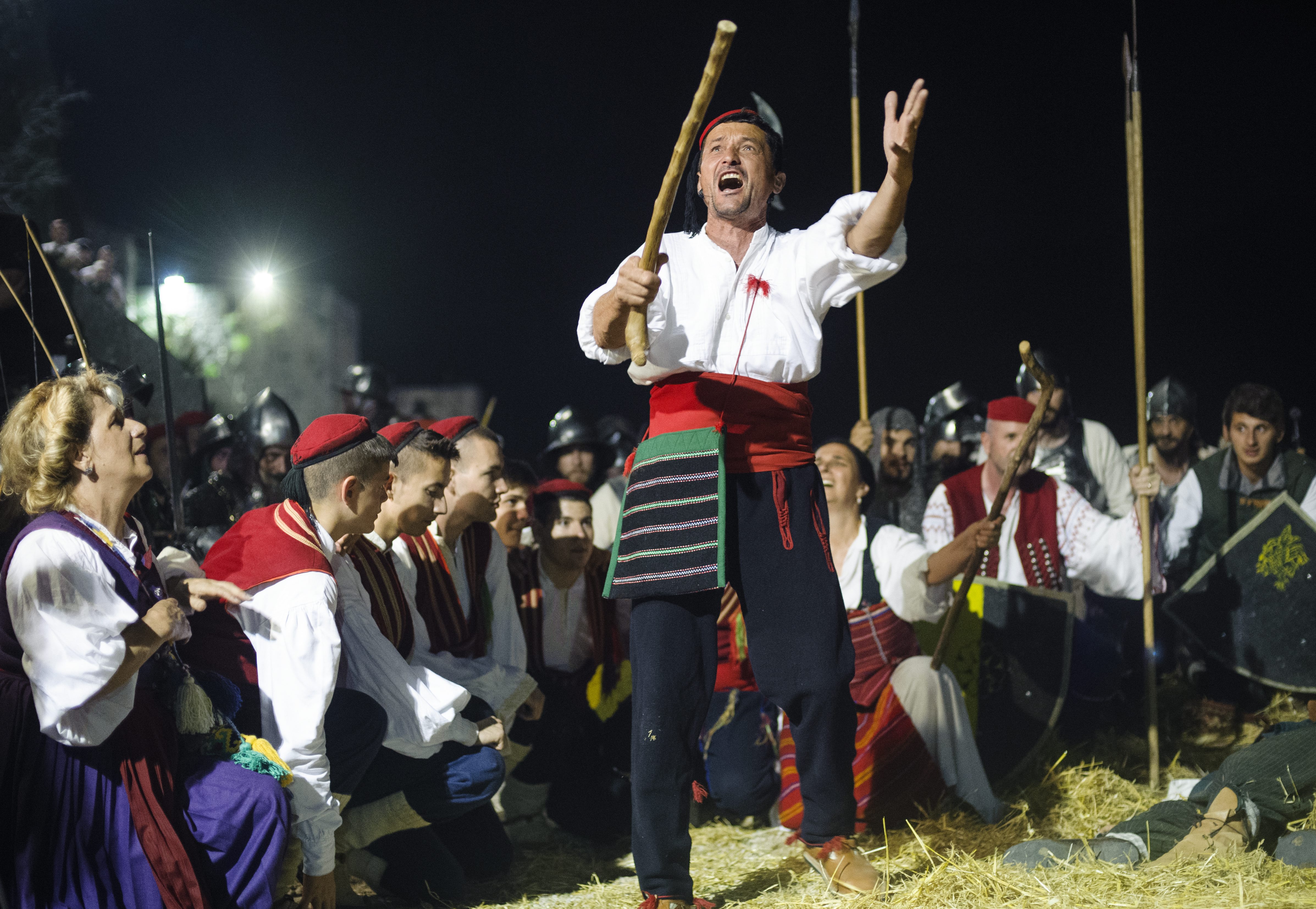 To commemorate this victory and cherish local traditions, people of Dalmatia annually stage a live-action spectacle that includes dozens of costumed participants. A majestic performance resembles the battle of Klis that took place in 1532, and is rather original way to learn about Croatian past.

With swords clashing next to ancient stone walls, the battle of Klis spectacle has been as fascinating as ever. Observe the choreographed combat is our image gallery below. 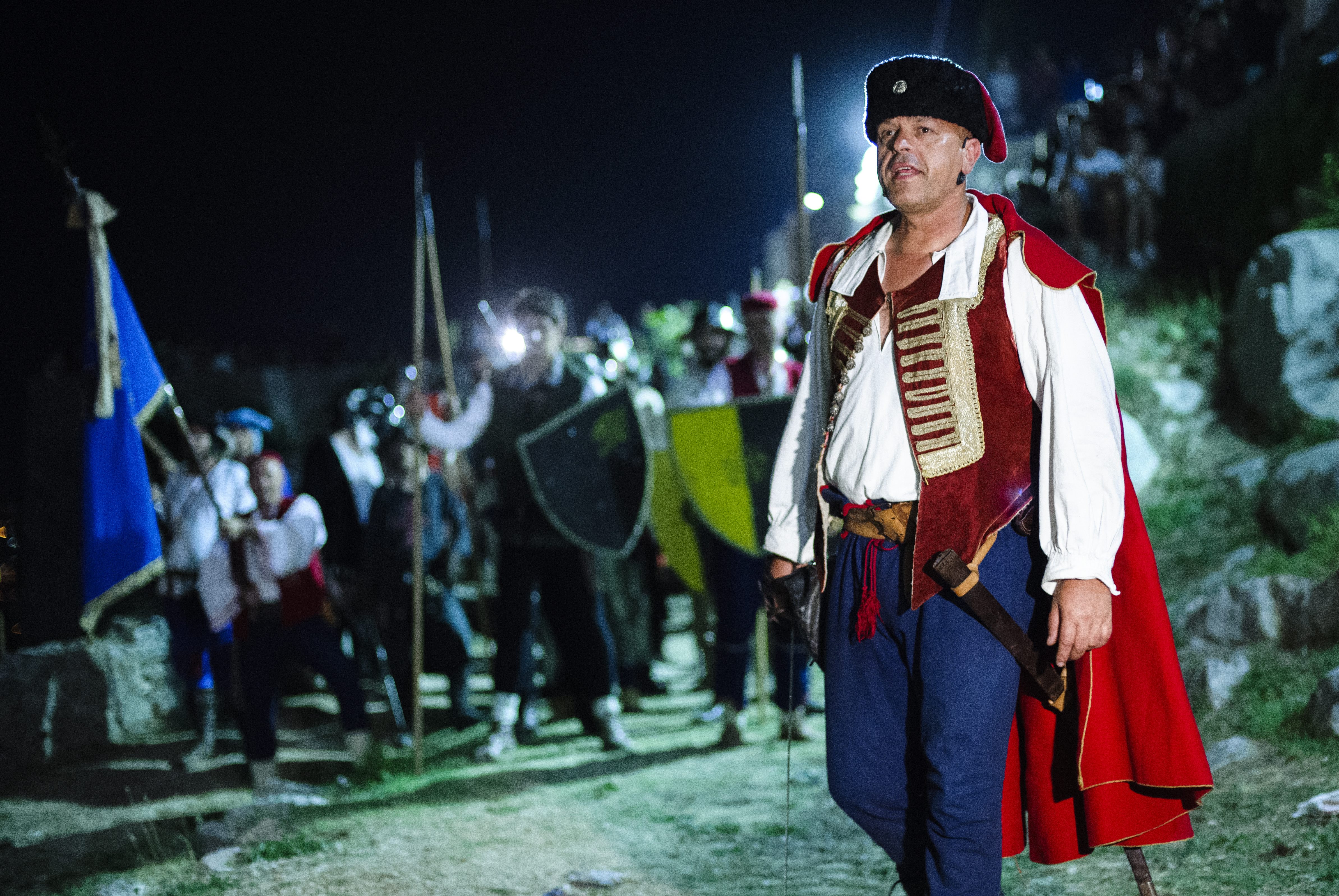 A quick reminder:  in case you are a dedicated fantasy genre fun, and the fort seems familiar to you- it is because it was one of the filming sites for the highly acclaimed and popular series Game of Thrones. If you have your own photos of Klis, feel free to share them on our Facebook Wall.