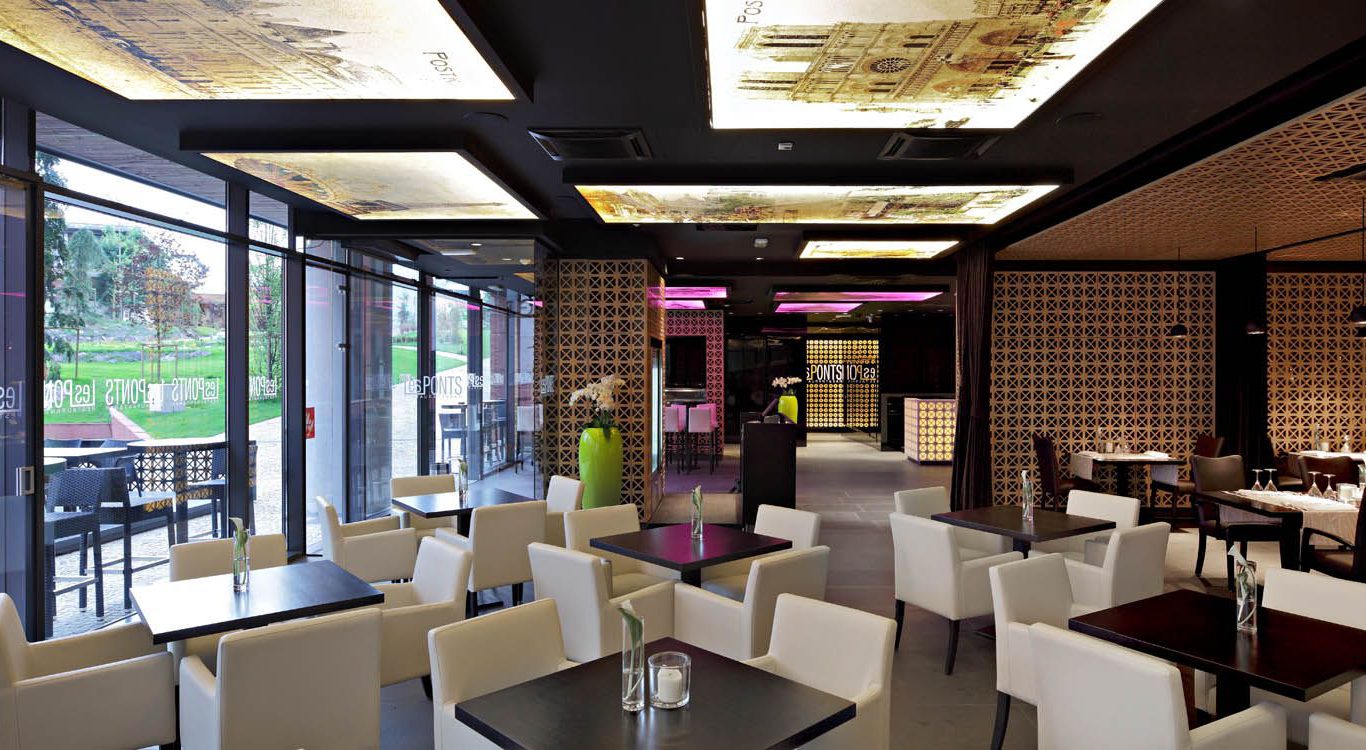 The first authentic French restaurant in Zagreb was opened on May 10th 2012 in Green Gold Center (located on floor -1). This beautiful restaurant will win you over immediately with its charming French interior and the dishes will delight you at first bite. The interior was designed by Tomislav Curkovic and Zoran Zidaric. There is a large bar near the entrance and on the ceiling there are postcards with motifs from Paris. The charming look of the restaurant Les Ponts can change many times during the day because of its led lights. Restaurant & Bar Les Ponts seats 184 and consists of several areas where guests can easily find an ideal place for lunch or just to relax.

The owners of Les Ponts – Velimir and Ruzica Cerkez – are extremely proud that our menu is composed by Jean Marc Tachet who learned about high gastronomy with Paul Bocuse, one of the world’s greatest living chefs. Jean Marc Tachet is one of the youngest French chefs to have earned the prestigious title Meilleur Ouvrier de France (The best world’s best worker/artisan – an award which has great significance in gastronomy). In the months before the restaurant’s grand opening, head chef Ivica Klasid stayed in Jean Marc Tachet’s gastronomic laboratory in Lyon, where he was trained in some of the classics of French cuisine, such as Coq au Vin (rooster cooked in wine and blood), terrine of rabbit meat from the imperial, mousse diverse terrine of dense liver, and beef shoulder cooked for 12 hours in a sauce of red wine, cinnamon and shallot.

French bourgeois cuisine is what we do at Les Ponts. It is, therefore, an entire encyclopedia of dishes (our menu changes regularly) which are not expensive and which allow you to enjoy in various flavors every day with two things guaranteed: elegance and pleasure.

Les Ponts is also the first restaurant in Croatia to have received Halal certification.

Halal quality encompasses the characteristics of products or services that comply with Islamic law and meet the quality attributes and as such is allowed as food to consumers of the Islamic religion. Halal certification allows us to ensure the highest quality and food safety. Restaurant guests have their meals prepared by chef Anthony Udovicid and his sous chef, Ivica, with classics that will justify the confidence of their guests through the presentation of top culinary trends.

We are sure that you will be delighted with Dîner Spectacle in the restaurant Les Ponts, which is held every last Thursday of the month. It’s then that well-known artists evoke the magic of Paris in the heart of Zagreb with a touch of glamor and high quality food.

In April of 2013 Les Ponts was published in the Guide Maitres Cuisiniers de France! Thanks to Les Ponts, Croatia and Zagreb were mentioned for the first time in history in such a world famous guide. Original French cuisine lives in Restaurant & Bar Les Ponts, Radnicka cesta 50, Zagreb in Green Gold Centre (floor -1). For more information and reservations visit www.lesponts.hr. 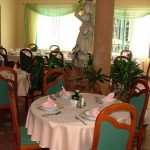 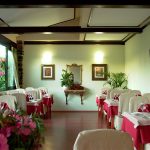 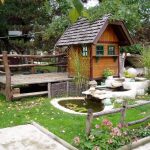 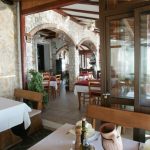 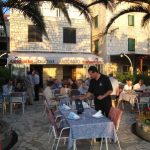