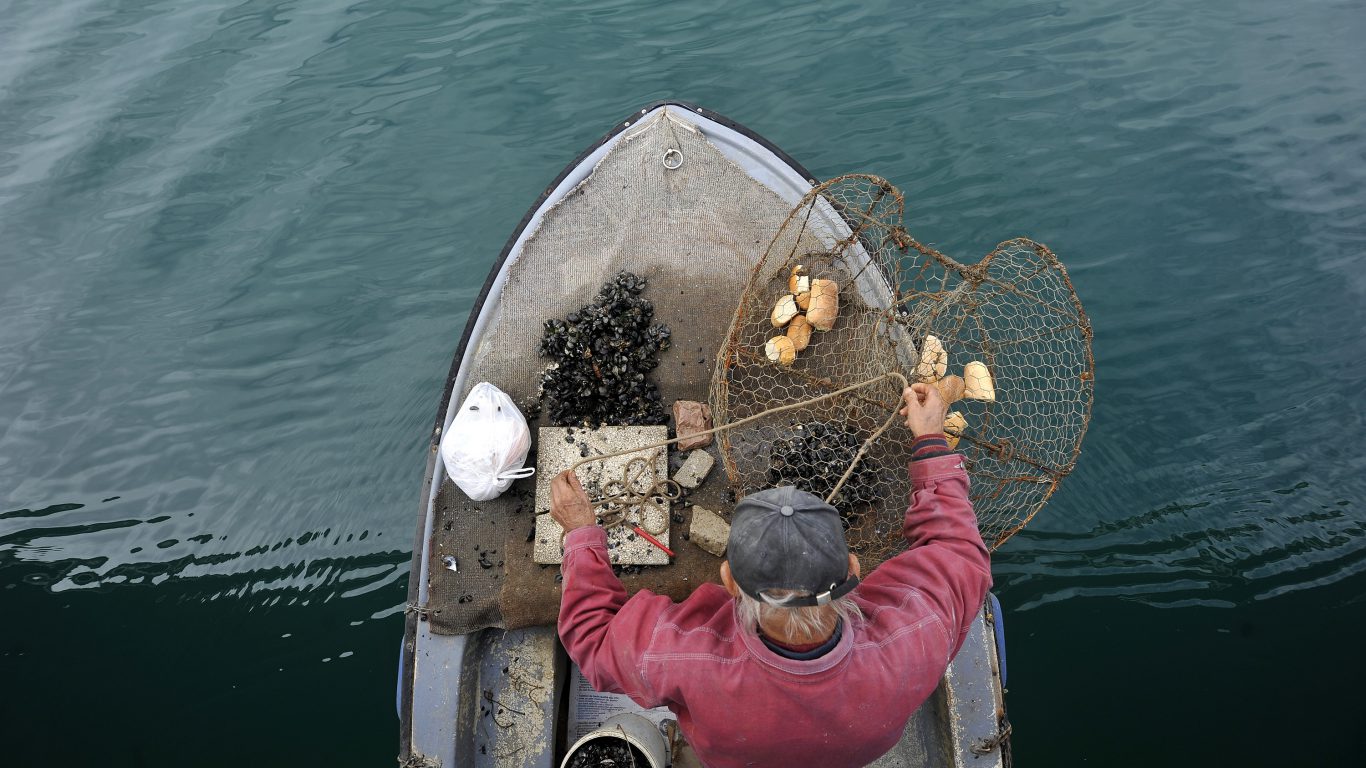 Like Croatia’s photographer Luka Gerlanc made an interesting photo while strolling through the Zadar coastline. An image depicting as a local fisherman prepares for his everyday work easily shows how much care is associated with this profession. Despite his notable age, the local is still keen in his craft, and more than ready to throw the nets and catch some prey.

As a naval nation, Croats have been catching fishes for numerous centuries. The locals even have a saying that “Sardines have nurtured Dalmatia”, noting how fishing industry formed the region in what it is today.  Yet, there are many perils of this job, from unexpected storms which might caught the fisherman offshore, to state policies which are not always as protective as sea-people would like. However, they are still active, and bravely secure the food for their families and customers on the market.

Good traffic connections with the rest of the country allow all parts of Croatia to have freshly caught fish, even in the distant Capital of Zagreb and Region of Slavonia. Yet, everything begins when a fisherman prepares for his duty, and begins to seek for his prey. In some coastal settlements, it is possible to follow fisherman off-shore and assist them in their job. For some people, especially to those who don’t live near the sea, it is really an adventure of its own, and among the best experiences they receive from vacation in Croatia.

If you have photos of your own which you would like to share with our readers, feel free to upload them to our Facebook Wall. As long as they are connected with Croatia, they will be more than welcomed by our online community. In addition, feel free to explore our Destinations List and choose the next stop for your vacation on Eastern Adriatic coastlines.