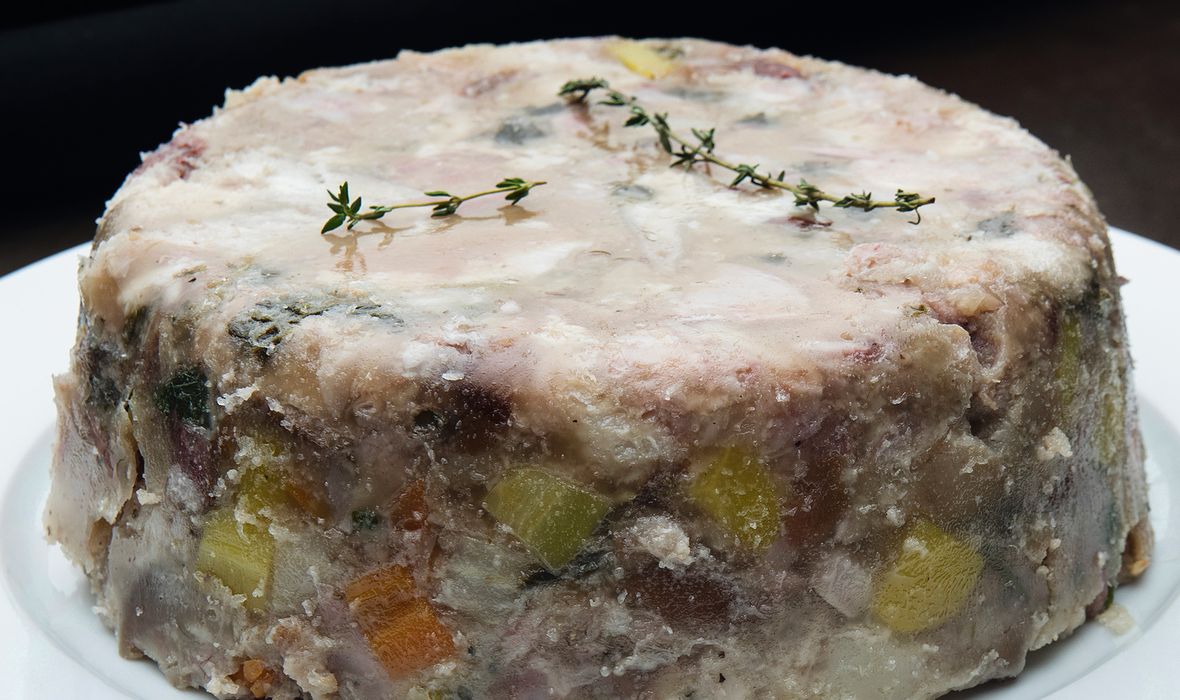 The colder season comes with some fine dining features. Especially in Croatia, this is known as a country with rich culinary culture. One of the specialties usually prepared in fall and winter months is hladetina, and is literally a jelly cake made of meat. English-speaking people call this delicacy aspic, but since it is relatively unknown in Western world, many are unaware even of this word.

The name is literally a play of words. In Croatian language, all meat terms end with suffix –etina. For example chicken meat is called piletina, while that of pork is svinjetina. The word hladno means “cold”, so hladetina literally means “meat that is cold”. 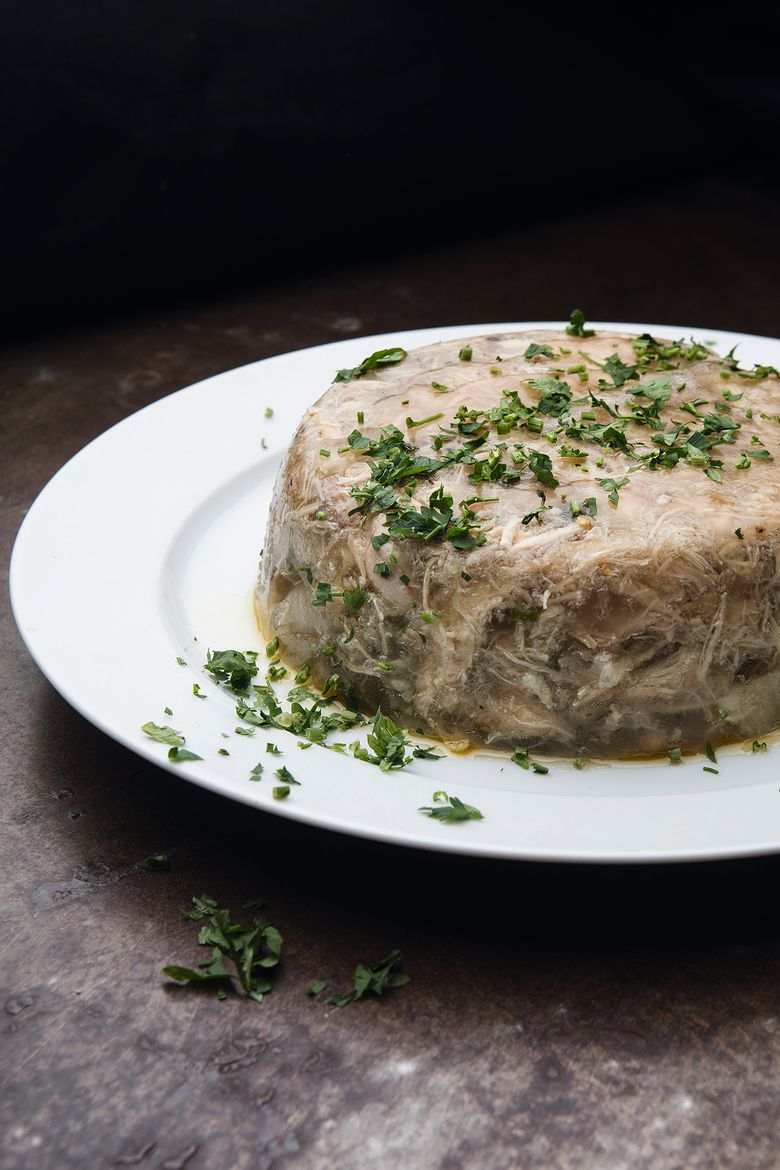 Initially a meal of poor people, hladetina soon found its way to top restaurant offer, and often comes with recommendation in diners across Croatia. Although younger generations don’t like it as much as more senior populace, the dish is still present on dining scene.

The most important ingredient is soup rich in fat, which will become jelly when refrigerated. It can be coupled with literally any kind of meat, however dried pork legs and skin is usually the best option. Chicken and veal can also pass as satisfying choices, and in recent times, chefs that like to experiment even made hladetina with prawns.  However, that is really very advanced approach. If you consider making a regular, rustic kind of this dish, just follow the instructions below, brought to you by cooks Zlatko Gall and Zoran Simunic. 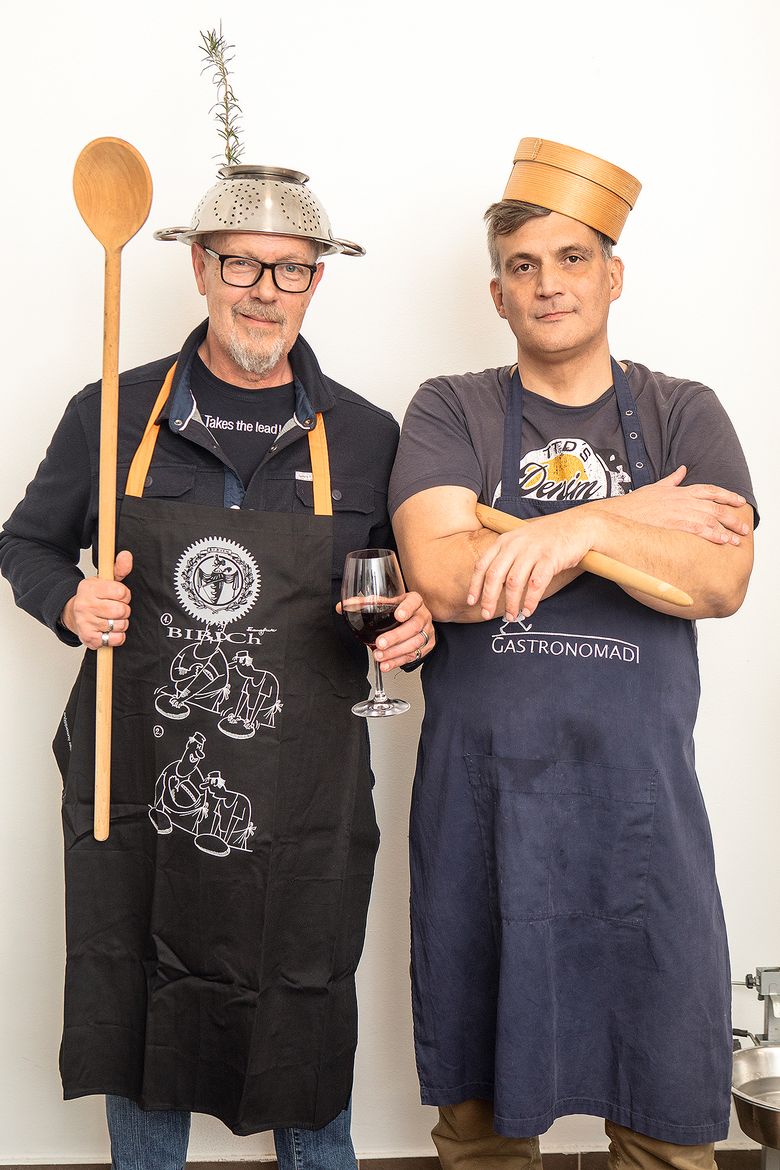 What You will Need:

2 spoons of minced peppers (you choose the hotness)

Salt and pepper in grain

Wash and chop pork meat, adding salt, pepper and vinegar.  Pour sufficient amount of water that it covers about three finger’s space above the ingredients in the pot.  Cook until the water boils, then lower the flame and thermally process for at least one hour.

Add bacon and veggies that you previously washed and chopped. Continue cooking until the meat removes from bones. Decant the pot, and chop meat even more if needed. Together with veggies and minced red pepper, insert the ingredients into a bowl that will be used for hladetina.

Scramble an egg and add it to the decanted soup. This will remove the extra fat at the top. Pour it over the meat in the bowl, and leave it until it lowers to room temperature. At this time, put the dish in the fridge until it gains the texture of your desire.