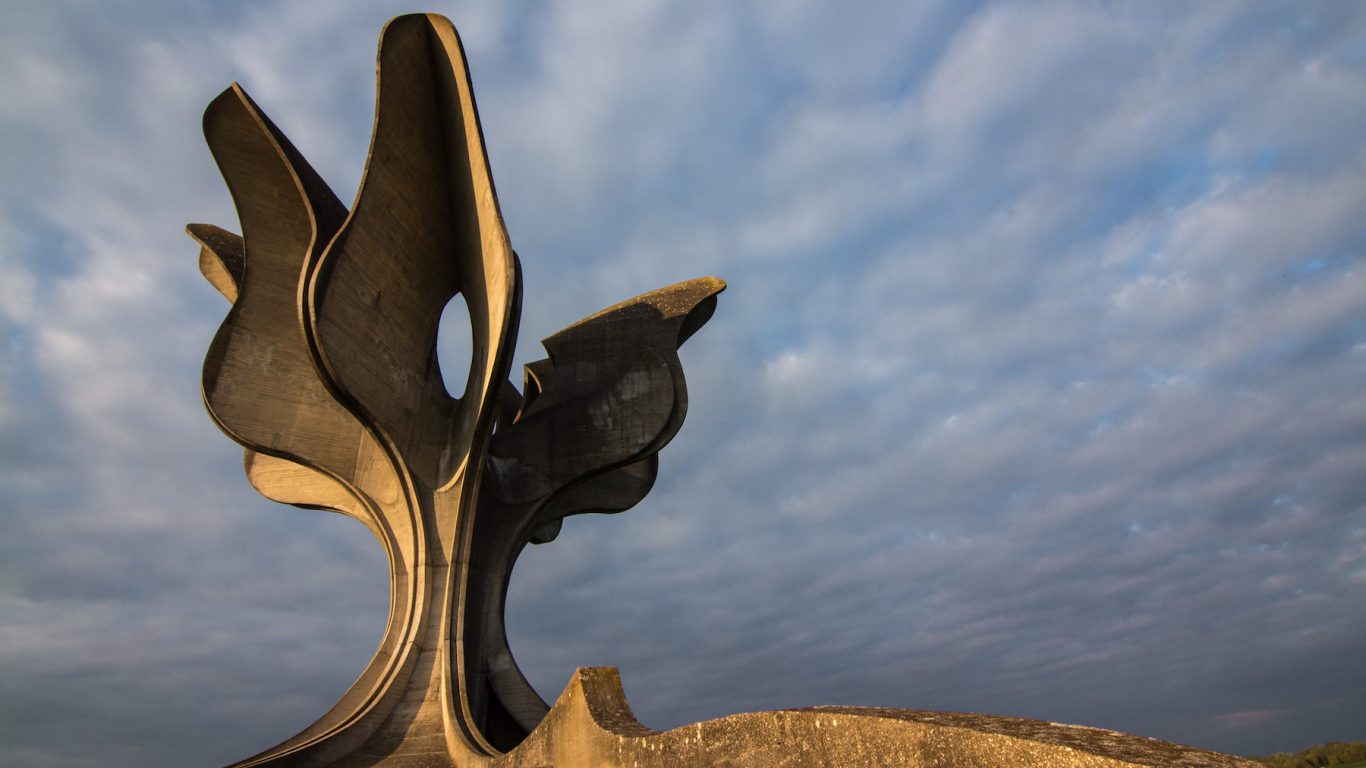 Croatia has a number of very distinctive localities that may be interesting to certain tourists. These places feature somewhat obscure landmarks, colossal concrete monuments that look as if being from another dimension. Most of them were constructed to commemorate World War II heroes and victims, built during the peak years of now non-existent state of Yugoslavia.

To some foreign visitors, the aforementioned landmarks may not be as interesting as fancy beaches of Adriatic, yet some seek precisely this kind of content on their vacation. The latter have plenty of options to browse on Atlas Obscura website, which belongs to a company that excels at organizing uncommon travels.

One of their offers includes visiting three countries in Balkan region of Europe, one of them being Croatia. During the voyage, people will discover a number of obscure landmarks, including the final resting place of Joseph Broz Tito in Serbia and abandoned Olympic sport terrains in Bosnia and Herzegovina.

In Croatia, tour attendees will visit Town of Vukovar in Eastern Slavonia. This urban settlement has been heavily shelled during Homeland War, yet despite several direct hits, its distinctive water tower has not collapsed. Hence it became a symbol of Croatian resistance, and a worthy destination for a visit. Tourists will also explore the gigantic flower-like monument to victims of World War II concentration camp in Jasenovac and supposedly haunted sanatorium of Brestovac near Zagreb.

If you decide to attend this tour, you will also explore some rather unique places in Slavonski Brod and Podgaric towns, an abandoned tunnel complex that was built below a certain mountain in Plitvice Lakes national park and beauties of Petrova Gora in Karlovac County. Expect old castles and attractive churches, but also examples of modern urban expressions, such as graffiti which became a feature of their home settlements.

The obscure landmarks of Croatia wait to be discovered by daring adventurers and lovers of uncommon things.  Consider attending this tour and explore the country from a distinctive angle.