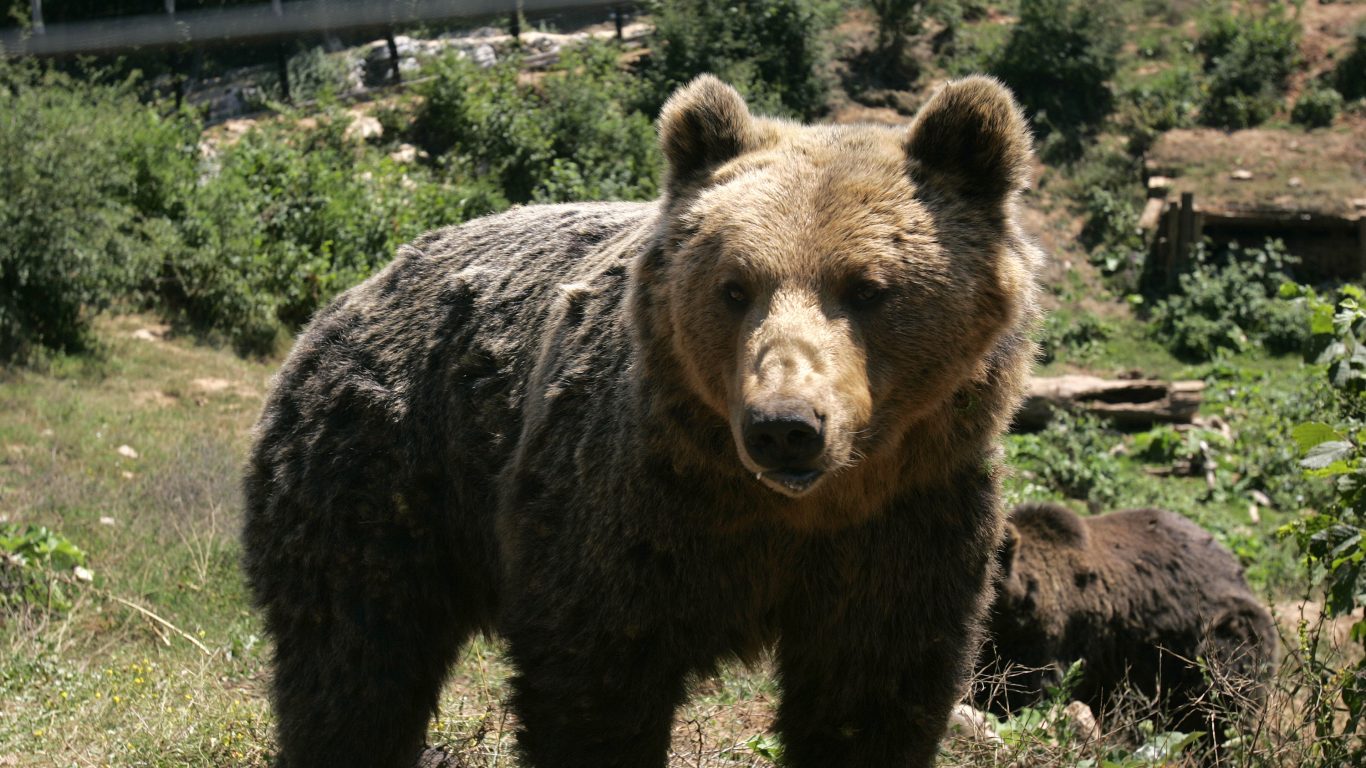 Feeling of safety is very important for one’s relaxation in a foreign country. And while Croatia can be counted among the most secure places for tourist stay, there is always room for improvement.  To increase the safety of their guests, Croats have initiated a rather unique project- deployment of specially trained bears that will safeguard premises of outdoor camps.

“Of course that bears can be trained for such purpose,” said April Froolday, expert on animal behavior that governs the project. “They may lack the intelligence of, let’s say, German shepherds. But that doesn’t mean they can’t serve as faunal guards.”

So far, four bears are being trained in Kuterevo Haven, and additional four are planned to be certified until the end of the year. “Their education needs to be quick, as bears hibernate in winter months. We have to train them before they fall asleep,” Froolday noted.

Although animals display impressive results, Croatian tourist workers are skeptical on whether foreign visitors would feel safe with bears in their environment. April is first to counter that opinion. “The animals are trained to leave humans at peace if they spread certain kind of smell. Upon arrival to their respective tourist locality, every visitor will receive a small tablet that shares this smell. If they carry it all the time, there are no worries. Of course, intruders won’t have this tablet and can count to be chased by 200 kg of Lika bear.”

“In addition, each visitor will receive a small bear-repellent spray free of charge, just to be safe.”

First trained bears are to secure camps in Istria and Dalmatia regions. If the project succeeds, more animals will be trained in the future.

What is your opinion on trained bears in Croatia? Would you stay in camp guarded by such original security system? Leave us your comments. We’ll gladly share them with Ministry of Tourism.