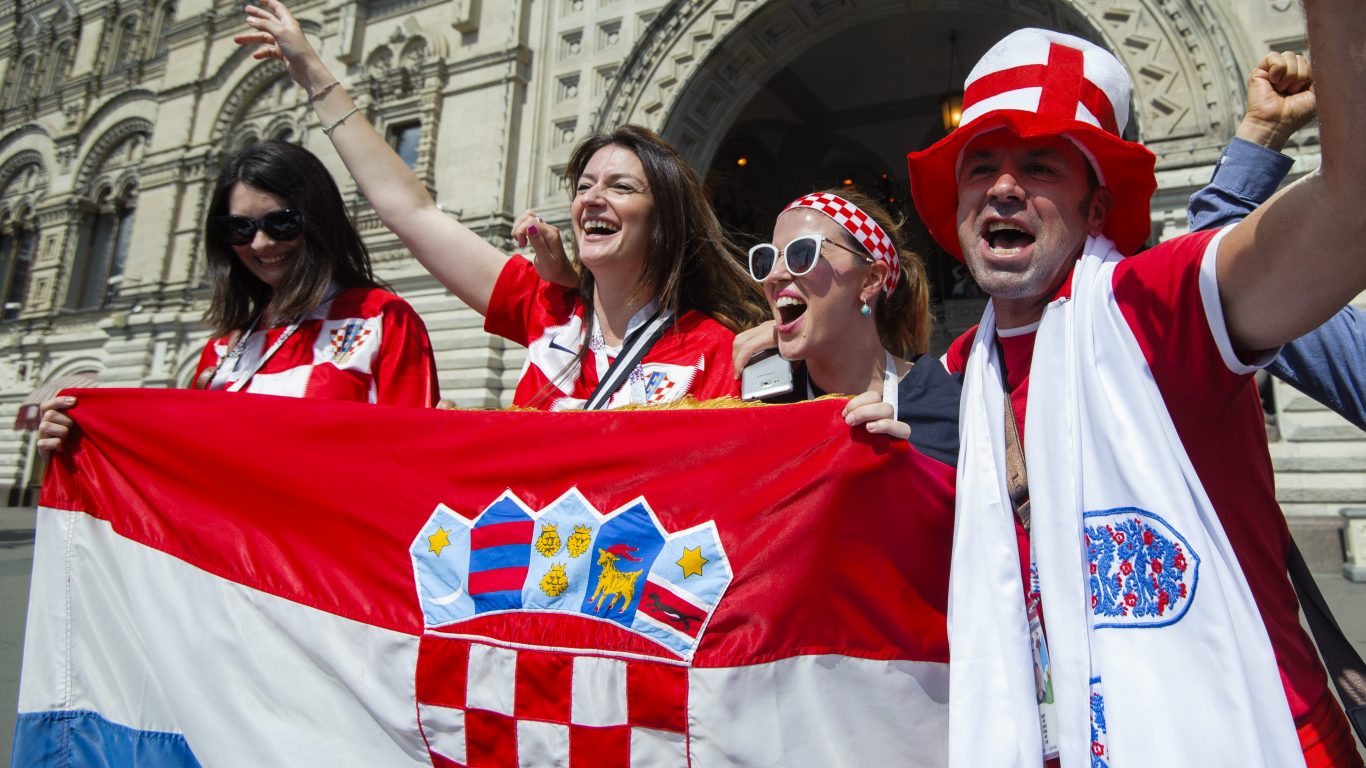 Maybe you are reading this article from the country most distant to Croatia. However, that doesn’t mean you are not Croat in some form. Maybe your far-away ancestor was a Dalmatian sailor or a knight defending Zagreb? Whatever being the case, here are some things you probably do that suggest your belonging to red-and-white chessboard. Read seven reasons proving you are Croat in heart.

Even if you are accustomed to fast food and quick bites, there’s one part of you that will always take kitchen things very seriously. As a matter of fact, males of Dalmatia region consider culinary skills a sign of manhood, and there are even some dishes that are traditionally made solely by men.  So if you consider apron a part of your regular clothes, this may be a sign of your Croatian roots.

You Had Poetic Moments

At least during one of your life’s less happy moments, you had a strange urge to write poetry. Maybe you even had an idea to add melody to it. After you have shown these verses to trusted audiences, the feedback was far from ideal. Such harsh environment fundamentally erased your poetic instincts. Most common topics of such poetry in Croatia include: the seas of Adriatic, the stone of Dalmatia, Zagreb’s romantic streets, green pastures of Zagorje, plains of Slavonia, a woman’s hair, playing belote card game with friends, wine glasses and similar things.

You Tender Certain Ways of Celebrating

There is a common pattern in the way you celebrate certain things. Your gift on weddings is usually an envelope with 100 € (could be less if you are not that familiar with the couple). Prosciutto should be everywhere, and family lunch must include soup.  Anniversaries are important, especially those tied to romantic nature. And if things are really serious, you have to add roasted lamb somehow. What some might find rather strange: you drink alcohol for enjoyment of taste, not for the feeling of intoxication.

At Least Somebody in Your Family had a Yugo

Although some claim it to be the worst car in history, Yugo was actually an ideal vehicle for people living on Eastern side of Europe. Relatively cheap, it greatly helped in motorization of Slavic nations, Croats included. One can be certain that every family, at least for a short time, had a Yugo in their garage. The car can still be spotted in Croatian streets, often bringing memories of more modest times in local society.

You know all Croatian Inventions

Whenever somebody picks up a chemical pen, you mention Croatian inventor Eduard Slavoljub Penkala who invented the useful gadget. Watching a crime series probably leads to mentioning of Juan Vucetich, a Croatian-born police officer that pioneered fingerprinting. Even downloading a (legal) MP3 file from Internet can’t go without mentioning Tomislav Uzelac, a software expert that is largely responsible for this handy method of modern musical sharing. What about necktie? And although most foreign sources claim Nikola Tesla was Serbian in origin, you quickly note that he was born in Croatia and called the country his homeland.  Oh, the amount of ink spilled on this last topic!

You are Afraid of Propuh

The word propuh is not tied to nice things in Croatian mind. The word simply describes a daft, the circulation of cold air in closed space between two outdoor points (such as two windows). For majority of people, it is just inconvenient to be on its way. For Croats though, being exposed to propuh means immediate beginning of cold, headache, nausea and in some cases acute pneumonia. Nobody knows just how much superstition exists in this belief, but expect Croats to rather endure heat than open a window which might cause the dreaded propuh.

You Have Opinion on Yugoslavia

Before having a modern state, Croats had allied with the neighboring nations in a country called Yugoslavia. The federation crumbled in early nineties, leading to a bloody war for Croatian independence. However, after all the years which passed, there is no universal consensus in local community whether Yugoslavia was good or bad. To some, it was a prosperous country with global influence and admirable social policies. To others, it was a communist society that challenged common freedoms and opposed free thought. Whatever being the case, Croats usually make a choice between these two camps and support their positions vigorously. As proven by thousands of articles, blog posts, online discussions and comments sections on the web.

These were seven reasons proving you are Croat in some form. If you recognize at least two of them in your everyday behavior, consider having traces of Croatia in your soul. Think you can contribute a few more? Add more things that only Croats do in our comments section below.