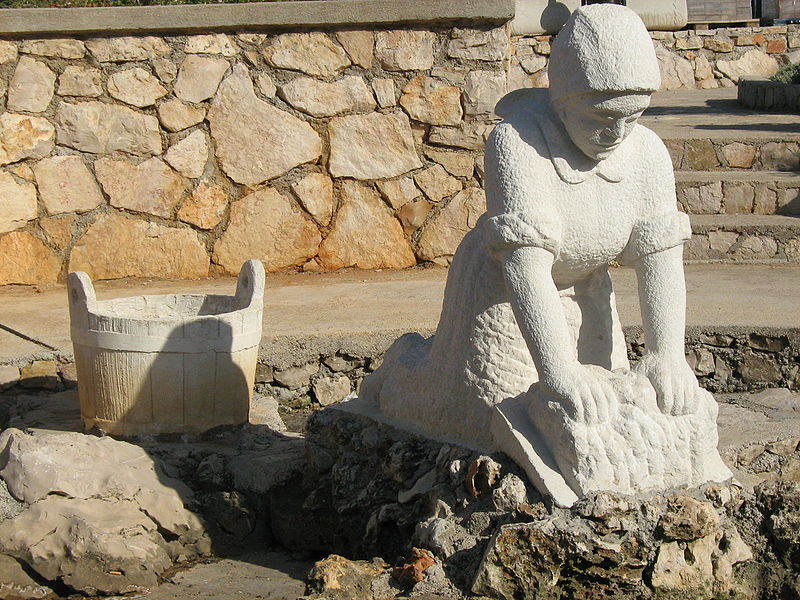 Despite their stunning beauty and rich history, the islands of Croatia often suffered from isolation. This might sound great today, as the nature remained untouched, and the outdoors are virtually the same as they have been centuries ago. But to local residents, it’s actually a big issue even in modern age. And back in past, it was even worse, as proven by a tale of island laundresses.

A little over century ago, indigence on the islands was so high that women searched for work elsewhere. In most cases, they ended up being laundresses to the rich on the coast. Every morning, they would cross the channels in order to pick up the dirty clothes, return to island, clean them using natural spring water and home-made soaps, and return them in the evening hours to clients.

It sounds romantic, but the job was actually pretty hard, and small wages didn’t help either. Island laundresses had to work even when sick, old or pregnant. And, as ill fate proved, their short voyage was not without peril.

On November 2nd 1891, a small vessel shipwrecked in the vicinity of Galevac island, unfortunately with dire consequences. The crew numbered 31 passengers, most of them being island laundresses. Sixteen of them perished in the sea, the youngest aged 14, and the eldest being 75. Two child-bearing women were also among the dead.

The story of poor women became an artistic motif in Croatian art. Their sacrifice, hope, and desire to make a better living inspired musicians and sculptors for their works. In the heading of this article, you can see the sculpture “Our Mother”, made by Anselmo Dorkin. It is located in the village of Preko, on the Island of Ugljan, as most of the deceased women were from that settlement. It is also installed on the very place where the cleaning of the clothes took place.

The story is sad, and the least we can do is to commemorate these brave women, doing our best that no other female is forced to risk her life for basic human needs.