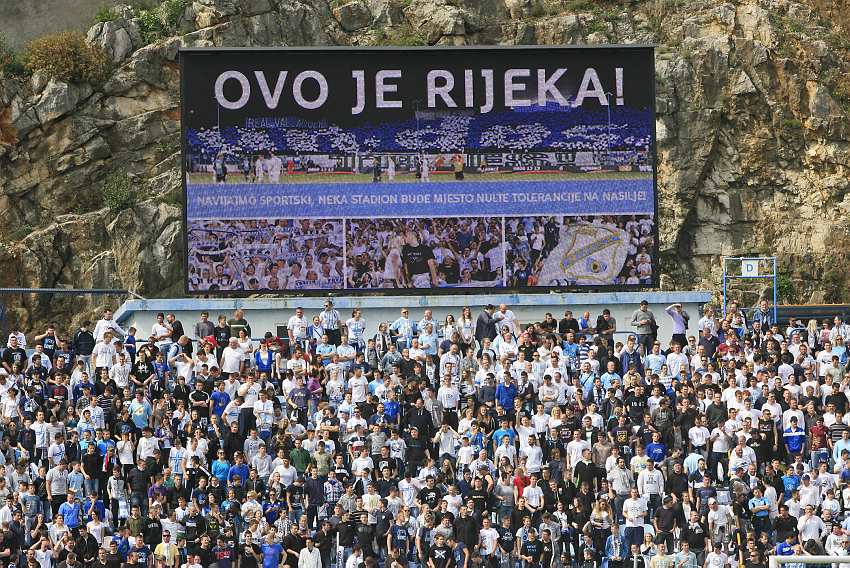 Dorijana is a little girl from Rijeka, a city which unofficially counts as one of the cradles of Croatian rock’n’roll. And, yes, Dorijana rocks. She is a big fan of Rijeka Soccer Team, and a proud member of its football fans club “Armada”. Her latest support for her beloved players was recorded by a camera, and soon became a viral video clip on the Internet.

Check out her moves:

Rumors suggest that UEFA might make her as a mascot, and knowing that the clip was viewed by more than 200 000 people, she might be a good choice. Without question, Dorijana’s cheerleading techniques will bring many goals to Rijeka team.

Click here for a short introduction to Rijeka, a great-looking naval port of Croatia with magnificent outdoors. It is well-known for its large and colorful madrigal, which occupies city streets on an annual basis, turning the whole settlement into an urban circus anyone can join. A chubby oriental figure known as morcic is the symbol of Kvarner region, to which Rijeka serves as a heart.

Interestingly enough, Rijeka is also a city which started a revolution in naval warfare, as it is a place where torpedo weapons were invented and developed. But that doesn’t mean its waters are unsafe. At the contrary, Rijeka’s coastal area is enjoyed by thousands of visitors every summer. They might cheer for the city as ferocious as Dorijana.