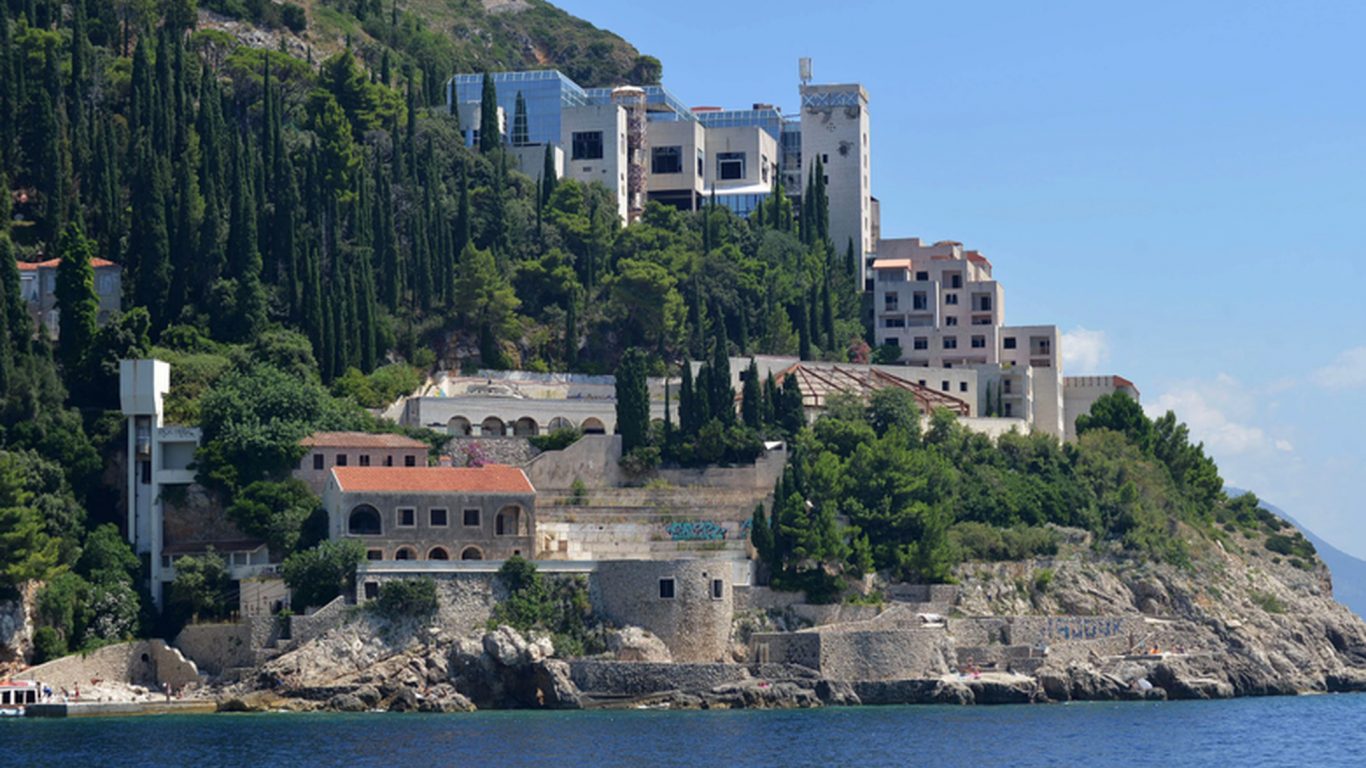 A lot of Dubrovnik residents, especially those of senior age, remember what Belvedere Hotel stood for in past times. The best hotel in former Yugoslavia was one of the classiest places to visit on Adriatic shores, and was the pride of entire region. However, as Balkan wars erupted in early nineties, this gorgeous locality took a lot of beating. Even today, almost three decades after the conflicts ceased, the grandiose hotel wasn’t repaired nor renovated. Its structures stay idle yet damaged, a grim reminder of how times of comfort could easily slip into age of fear and uncertainty.

Belvedere is currently in ownership of Russian millionaire Viktor Vekselberg who expressed interest in changing the current state of affairs. According to provided information, the highly successful entrepreneur plans to rebuild the complex, but in smaller size. The level of luxury, however, would follow the highest standards of today’s tourism scene.

The original renovation plans imagined Belvedere to have 600 beds and a garage that can host up to 500 vehicles. Large concert hall and impressive congress chamber were also to be built. The Russian oligarch expressed a different opinion. The complex would feature 210 hotel beds and additional 60 in surrounding villa estates. Such approach would lead to seven-star categorization of quality for services, making Belvedere a truly magnificent spot for stay in Dubrovnik Riviera.

The project has been handled by Croatian studio 3LHD which, together with architecture expert Dubravko Bacic, received support by UNESCO itself. At this time, this is the only project of the kind to receive such status.

“Belvedere is situated on unique location, featuring genuine Mediterranean surroundings,” UNESCO report explained. “The entire complex is formed as a terrace-like structure with only several floors. As such, it takes topography and landscape very seriously and displays interest not to interfere with natural outdoors.”

Most of Dubrovnik residents affirmed the works, but some believe certain alternatives may be even more beneficial. Time will tell how Belvedere will look like in the future, but one thing is certain: it will be among the most beautiful tourist resorts on the Croatian coast.