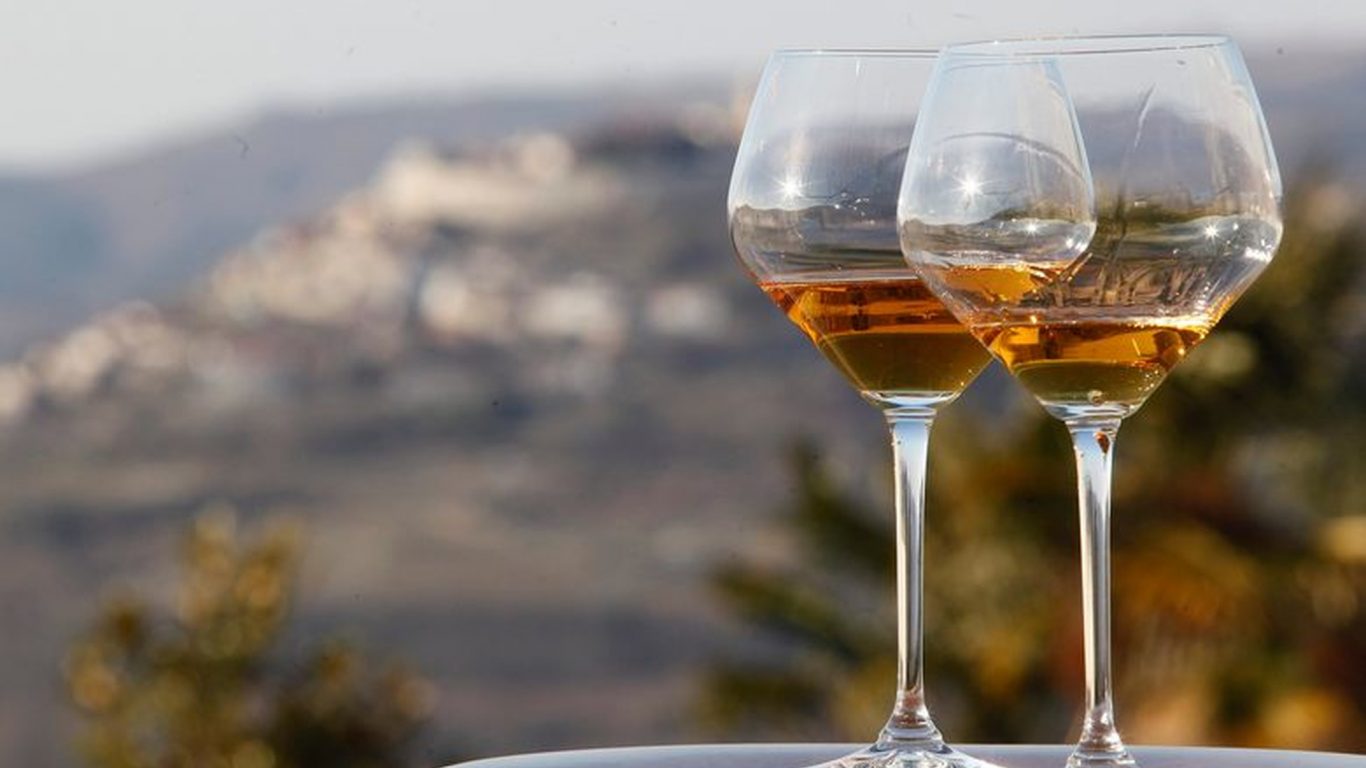 To many people, the world of Croatian wines is an undiscovered country. Yet, once they start exploring this fancy new realm, they quickly realize what beautiful adventure is unfolding on their table.  Consider this guide to Croatian wines an invitation to try the fruits of local vineyards- and since the guide is region-based, it can also serve as a kind of map to an avid wine taster. Also, don’t forget about our handy driver’s app Croatia by Car which will bring you to many beautiful adventures during your stay in the country.

There is no secret that local muscat is thickly tied to climate of Istria, the region’s considerable sun hours and fresh air contributing to the wine’s rich aroma and intensity. Playful, but balanced, muscats of Istria have a smell of juicy grapes and floral assets.  They are usually sweet, but do have a layer of sourness for refreshment, with distinctive retro-taste that prolongs the consummation.

The second most represented wine kind in Croatia, Istrian malvasia can be found on over half of local vineyards. Quite popular through entire Mediterranean region, it has some distinctive features when coming from Croatia’s largest peninsula.  It literally has two sub-species. The first one is a rich wine, with floral and mineral aromas, having an IQ mark on the bottle that assures the quality of its content.  The second one is malvasia which spent some time in oak tree barrel, targeted for a more demanding audience. This procedure also postpones the expiration of the wine, even to the level that can match chardonnay.

Tender and pleasant, perfect when cooled for summer refreshment, Zlahtina is quite popular wine that easily gains new fans.  Usually sold in bottles, the wine has a relatively quick expiration, so buyers are advised to purchase the freshest harvest.  Almost completely harvested from Vrbnicko Polje of Krk Island, it is an Adriatic product to the core, known for its distinctive golden color

The queen of Croatia’s northeast vineyards, grasevina is abundantly harvested and highly demanded blend. Popular across the entire European Continent, it received a boost in quality in the last few decades, becoming a true delicacy for every wine admirer. The golden age has begun in 2010, and since then, dozens of local winemakers contribute to grasevina scene with their fine products.  The wine is also known under name Welschriesling.

Although ranked to be the third most important wine blend on regional scale, frankovka used to know better days. The sort is endangered, due to popularity of competitive merlot and cabernet sauvignon wines. However, rich history that can be traced up to the days of Habsburg Monarchy provides some stability of frankovka. The blend is known for its playful aromas, which bond juiciness with ease of consummation. The grapes harvested in Slavonian plains have somewhat different taste than those coming from mountainous regions of Croatia, but the final products are always pureblooded examples of this wine kind. On international scene, the blend is also known under name Lemberger.

The landscape of Ilok area is perfect for this blend, which is also harvested in Italy and France. Rich in smell and fertile in taste, the grapes usually become dry or exceptionally sweet wines.  In the first instance, they have floral aroma and low sourness, with existent emergence of noble rot. In their sweeter editions, they are warm and piquant, with clear taste association to honey.  Traminac is sometimes referred to as Traminer, citing the name of the Italian city from which it comes.

The riesling is still holding its firm position on international wine scene, without even showing its full potential. Known for its citrus-like tastes, the aroma invokes acacia and peach in one’s mouth, reflecting the mineral tones along the way. The wines of this kind come as highly recommended, especially its more complex editions.

The French sort that conquered the world found one of its homes in Croatian highlands. Naturally shielded from direct sun, the local white sauvignon thrills the senses with its smell of freshly mowed grass and recently picked peppers. The more mature editions tend towards elderflower, however. Leaving a swaying taste in the taster’s mouth, sauvignon continues its beautiful tale on international scene, with Croatian bottles contributing to the buzz.

Unlike its Slavonian counterpart, chardonnay coming from Croatia’s mountainous counties has a fruitier aroma. The reason is technique, as they are leaving it intact in inox for some time, before sipping it into the bottle. The grapes are very resistant, capable of result in most climates, leading to wines that excel in refreshment and richness.

Other wines that you should try in this region: Silvanac zeleni, pinot sivi, muskat zuti, pusipel, kraljevina, skrlet, portugizec and others.

Our guide to Croatian Wines continues with Bogdanusa, which is a native blend of Hvar Island. Featuring balanced alcohols and vivid layers of sourness, it returns to its previous shine with the demand of more elegant nectars in the glass. It is often found in coupage with other white sorts.

Croatia’s answer to renowned viognier, this wine has a strong Mediterranean identity, providing rich taste and multi-layered aroma. Unjustly neglected due to popularity of plavac, posip might be one of Croatia’s most notable exports. It already received a lot of attention on local scale, especially wines from Makarska, Brac and northern Dalmatia. The best bottles continue to arrive from Carsko-Smokvicko field.

Wittingly described as a giant of Primosten, this sort has a potential to leave a mark on global scale. Babic has already been recognized by leading experts of the world as an exceptional wine, and its ability to flourish in extreme conditions adds to its attractiveness. Babic keeps its sour lines intact, which makes it unique in offer of Dalmatian wines.

Dalmatians are known to be skeptical towards foreign grape species, tendering their plavac mali with care and passion. The wine comes in two editions; the first is powerful nectar with high alcohol values and rich extracts, while the second is more easy-going blend that arrives from the interiors of Croatian islands. The former comes with a high price tag; however, there are more than a few who will gladly invest in a great wine experience to justify the cost.

This concludes our guide to Croatian wines. Be sure to enjoy these tasty nectars during your stay in the country, no matter which region you choose for your residing spot.

Consider Croatia by Car to be your handy digital assistant during your vacation in the country.

Based on Original Article by Sasa Spiranec / Jutarnji List