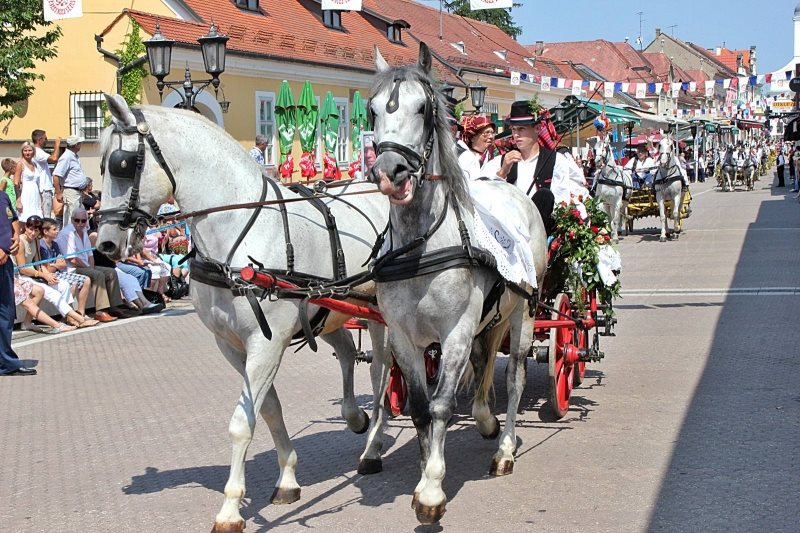 The country of Croatia is among the most desirable tourist destinations of the world, mostly thanks to its gorgeous coastal sites. Indeed, the shores of Croatian Adriatic feature numerous cities and villages, each of them being a prime spot for a gorgeous summer adventure. For those who want a slightly more secluded holiday, the islands are always an option, and they are great choice for nature lovers and fans of outdoor activities.

Yet, there are emerging stars of Croatian tourism which are not associated with the sea. According to business magazine Lider, the country’s inland settlements are gaining quite a boost in tourist activity. Here are five towns of inland Croatia which attract most interest among foreign guests.

The town of Benkovac has gained international renown after Emmy-Award winner Ashley Colburn made a documentary about its traditional fair. Surrounded with natural sites such as Bukovice and Ravni Kotari plains, this settlement offers accommodation in form of luxurious villas that feature private pools. The coastal towns of Zadar and Biograd are quite close as well.

The village of Galovac is a few kilometers away from coastal town of Sukosan. It excels in rural tourism, a relatively new practice in Croatia which allows guests to reside on local farms and participate in everyday errands of the estate. It is a great way to spend your vacation if you are an active person eager to learn, as you’ll gain knowledge about harvesting, agriculture and animal care.

Situated in the picturesque region of Lika, Lovinac became a great destination for people who like hunting, fishing and cycling in the nature. The hamlet welcomes guests throughout the entire year, so consider visiting it even in cold, winter months.  During its peak season, there are three times more tourists than locals. However, the crowds are non-existent and one can enjoy an easy-going, fulfilling vacation.

The town of Dakovo is located in Croatia’s eastern territories, in Osjecko-Baranjska County. It is a settlement of many unique features, such as beautiful cathedral named after Saint Peter and horse stables that tender the impressive lipizzan specimens. The traditional event of Dakovacki Vezovi attracts folk groups from all the corners of the world.

Thanks to newly established airport terminal, the town of Velika Gorica notes considerable rise in overnight stays. With new hotels being constructed and accommodation options available, it is certain that the trend will continue. Velika Gorica is a modern settlement, but in a region that is rich with traditional architecture, such as wooden houses and Baroque residences.

Which inland towns of Croatia would you suggest to fellow traveler? Share your ideas in our comments section below.