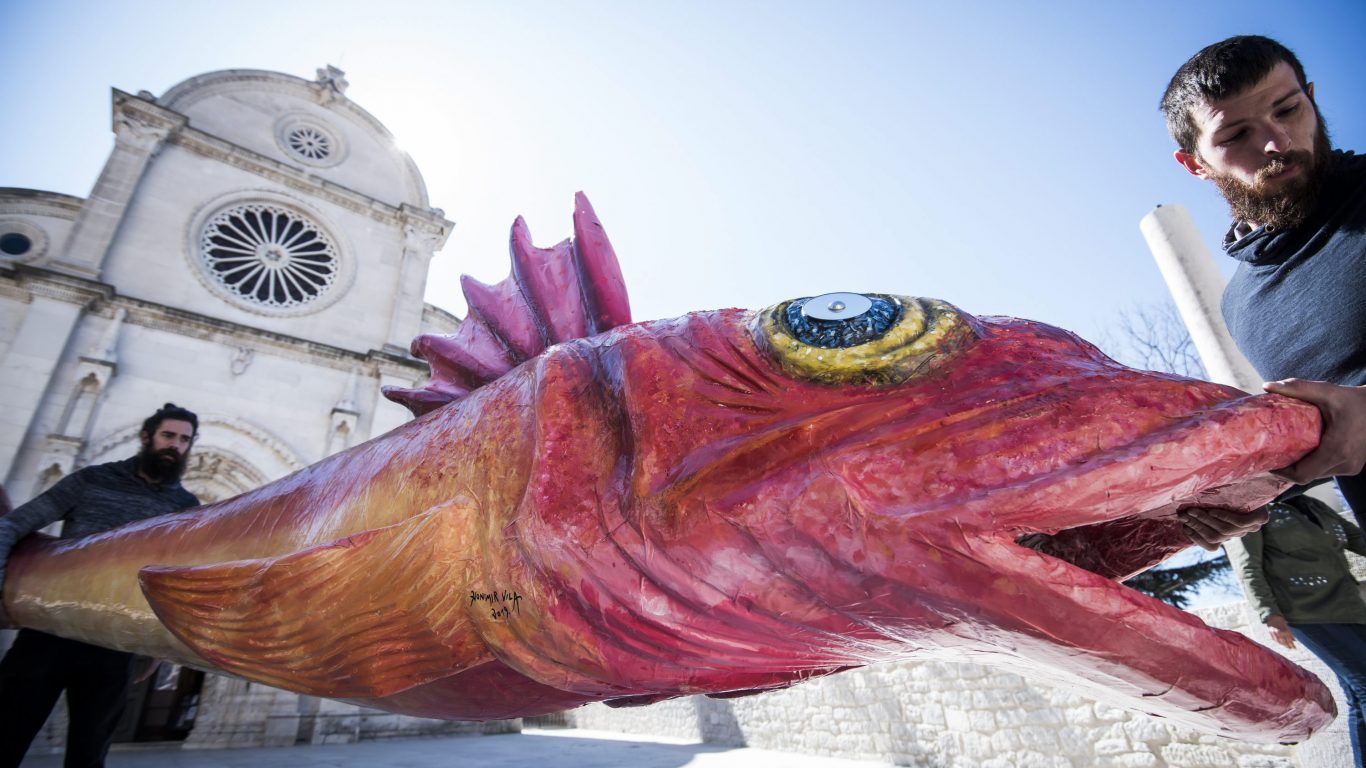 We continue to bring you some of the best photographs made in Croatia during 2019. For the first part of our online exhibition click here. Otherwise, scroll down and check out what our field teams brought during the year’s first months.

A lot of people don’t get it at first, but this is just a fish living in the bottle. You can see its head lurking from the opening and posing for an underwater photo.

The settlement of Gata can be found near Omis Town and has a rather interesting landmark. A giant oak tree that has at least 300 years of existence. This plant grandpa doesn’t show signs of weakening and is a favorite spot for tourists from all over the world.

A lot of people dream about having a cruise, and Croatia is among the best destinations for such a trip. The image above shows Costa Venezia, one of the newest vessels travelling across Adriatic Sea, in her visit of Gruska Harbor of Dubrovnik.

Another photo depicting a naval vessel, this one shows a windsurfer enjoying his craft above Adriatic waves. Dalmatian coast is a superb location for this activity due to strong winds that blow during the year’s colder period.

We couldn’t resist not to upload this gorgeous photo. The feline model was a part of a large cat exhibition, occuring in Zapresic during February 2019.

Few things in nature have such vivid colors as cherry trees blooming in early spring. In addition to lovely pallette, the flowerly branches release a refreshing smell. The photo above was taken below the slopes of Medvednica Mountain.

Bikers value their machines very much, but they also care about younger generations. Every year in Osijek, the so called ‘Moto Zeke’ event is taking place. Dozens of biker bunnies roam through the city, putting smiles on every face and promoting the motorcycle culture.

Don’t worry, this three-meter fish wasn’t caught in the Adriatic Sea. It was a part of artistic performance that took place in Zadar, authored by local painter and graphic designer Zvonimir Vila.

Probably one of nature’s most beloved couples, storks Klepetan and Malena became a symbol of Brodski Varos settlement in continental Croatia. Every year, Klepetan goes on a distant voyage to African plains, while Malena doesn’t follow due to her wing injury. However, once warmer days arrive, Klepetan returns to Croatia and finds his spouse at the exact spot he left her several months before.

We plan to show you even more quality photos from 2019. Follow Croatia by Times and consider downloading our handy app Croatia by Car.