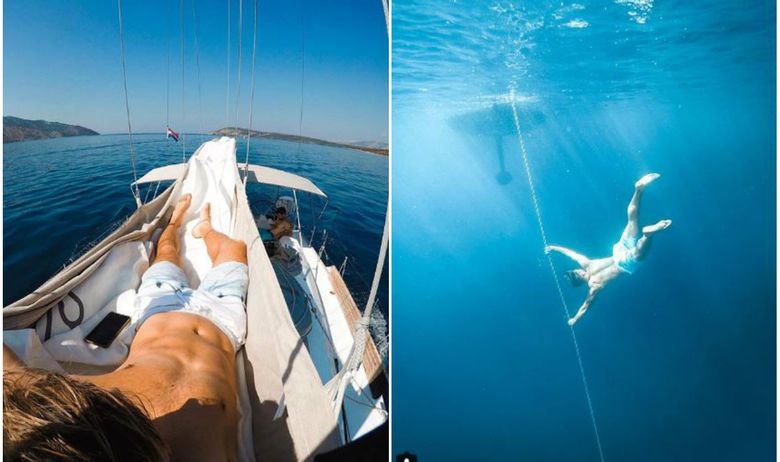 Croatian National Tourist Board is always working hard to promote the country’s beauty. One of their constant activities is project „Croatia, Full of Islands to Discover“, that aims to increase the popularity of Adriatic Sea as a nautical destination. The initiative doesn’t rely only on domestic means, though. This year, eighteen prominent bloggers and influencers have been chosen to depict their Croatian adventures, coming from Germany, UK, France, Poland, Belgium, Sweden, Norway, Australia and Japan.

– Full Of Life – Ft. @croatiafulloflife – 4 boats, 7 days and 23 awesome people, we are midway through the trip across Croatia. The water here is so incredible, you can sea all the way through it ?

The project has been a stunning success, especially because it was based to promote Croatia on new communication platforms such as Facebook, Instagram and Twitter. The participants had a gorgeous adventure on Croatian coastline, visiting the islands of Brac, Hvar, Vis, Bisevo, Ravnik and Solta. Wherever they arrived, they were greeted by local representatives that introduced the influential guests with island food, customs and traditions.

“Naval culture is one of Croatia’s most vital parts when talking about tourist offer. The fact that our coast has more than thousand islands makes us a unique destination that ranks high in Mediterranean,” said Kristijan Stanicic, the director of Croatian National Tourist Board. “I am more than certain that participating bloggers and influencers have positive impressions of Croatia. That can be seen by a number of their posts they made for their numerous audiences.”

Hands up for the Vlogs!??‍♂️? It's been 6 months since I put up a vlog on Youtube but today I finally broke the silence!! Feeling full of energy and ready to share more of my travels?? big up to all the people involved in the comback??. Go watch it!! ??? ? @julienduvalphoto #youtube #vlogger #travelvlog #croatia #croatiafulloflife #havinfunonthejob #sagaouterwear #reisefeber #reiseglad #norskyoutuber

Project “Croatia, Full of Islands to Discover” includes one of Poland’s most active photo-bloggers Michal Maj. His blog  shared nothing but praise of Croatia, describing it as an attractive place on the globe where there is always something interesting to be done. Norwegian film director Martin Solhaugen had similar impressions, as proven by his Instagram. His British colleagues Luke Jackson-Clark and Lauren Arthurs described Croatia as breath-taking destination, especially because of its crystal-clear sea and fabulously rich food scene.

One can be certain that these influent web-personalities have brought new visitors to Croatia. The country noted over 440 thousand arrivals in nautical charter traffic alone this year. More is yet to come, as Croatian popularity doesn’t seem to vanish on global scale.

Interested to join the team of these influencers? Pitch your blogging talents to Croatian National Tourist Board.