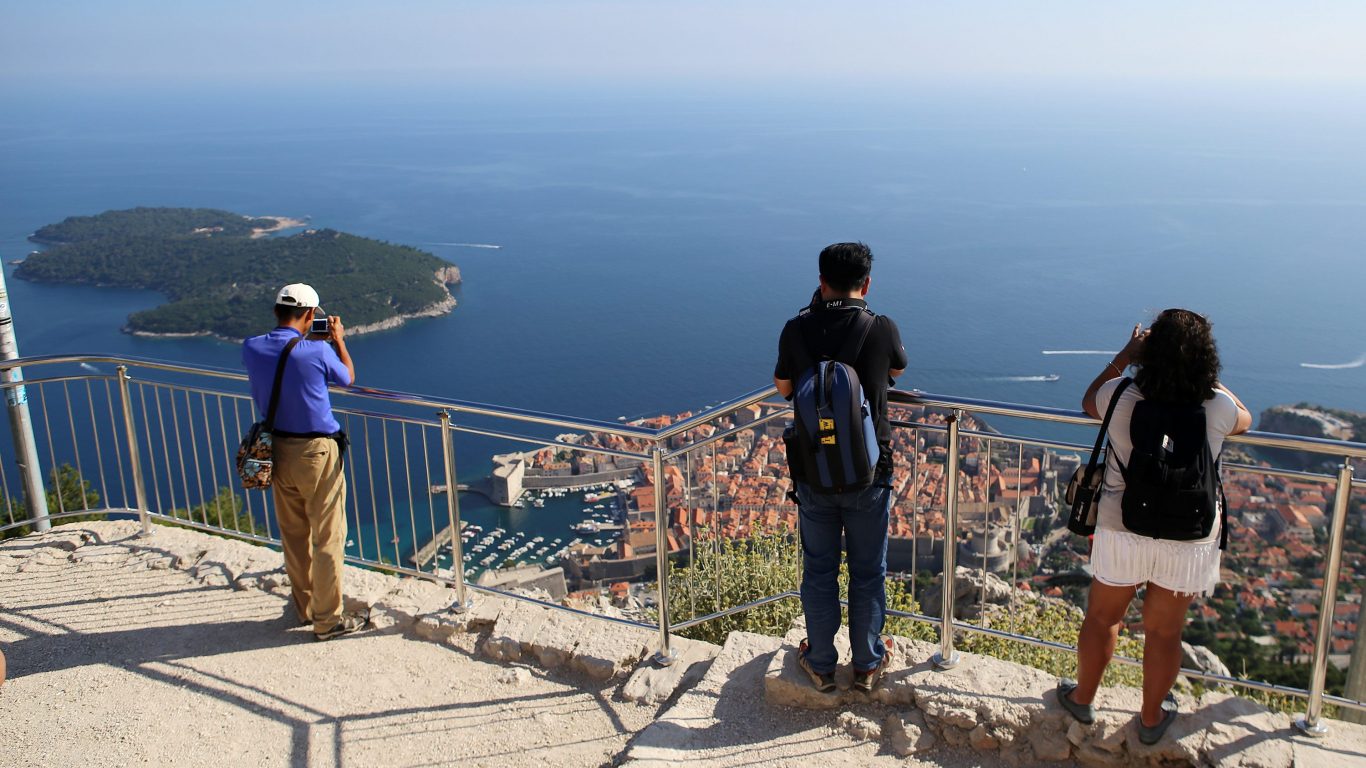 You know the drill by now. Croatia:Russia soccer match is in the center of FIFA attention, and so is our fictional tournament of tourist sites. In case you need some retrospective, we already covered Croatian matches with Nigeria, Iceland, Argentina and Denmark.  Let’s see how the red-and-white blocks will fare against Russian colors.

Literally the heart of Russian state and one of the most important sites for Eastern Orthodox Christians, Saint Basil Cathedral is Moscow’s most cherished symbol. Situated on the Red Square in Russian capital, it was built by Ivan The Terrible in mid-sixteenth century. Designed to reflect a bonfire rising to the skies above, it is a one-of-the-kind building in Russia and an inspiration to the whole world.

If you are searching for a Croatian landmark that is globally known, seek no further than ramparts of Dubrovnik. These fascinating walls have been protecting the ancient city for centuries, and today serve as the city’s most popular attraction. Providing a beautiful view of surrounding Adriatic Sea, the ramparts have been used as filming scenery for Game of Thrones and Star Wars movies. Being mainly constructed between 12th and 17th centuries, these walls are a place to visit in Dubrovnik.

Both sites are impressive on their own way. Croatia:Russia 1:1.

Faberge versus Museum of Ancient Glass in Zadar

The House of Faberge is a jewelry firm like no other. Closely tied to Imperial period of Russian history, it is primarily known for gorgeous egg-like ornaments which were made for Russian Tsars.   The museum dedicated to works of this company is located in St. Petersburg and can provide with an interesting experience for people who like history and shiny luxury.

Croatia responds with an original museum of its own. The City of Zadar has an interesting site dedicated to ancient glass, a material that we often take for granted in modern world. But the reality is that glass has been quite valuable in past times, and greatly changed everyday life of people of previous historical epochs. Zadar’s Museum of Ancient Glass hosts over 5000 exhibits, some dating from 1st century BC. You may even attend a workshop of glass forming and have a discounted attendance fee on our sister site Croatia Tickets.

Both museums are well-worthy of your attention, as well as goal for their team. Croatia:Russia 2:2.

In the heights above Volgograd, one can find a unique memorial complex. Featuring numerous sculptures of prominent Russian artists, it is dedicated to a bloody siege of the city in World War II, one of the bloodiest military conflicts in 20th century. It is a burial place of Marshal Vasily Chuikov and sniper Vasily Zaytsev, both very important individuals of Russian history. The dominant sculpture is called ‘The Motherland Calls!’ Authored by Yevgeny Vuchetich, it is a 52-meter high monument of a a woman armed with sword, easily observed from every spot in the city.

If visiting Croatia, you may find a relatively similar site in the vicinity of Vrsar Town. It is a large exhibition space set in the outdoors and having numerous statues of Dusan Dzamonja. The renowned Croatian sculptor was a big name of modern art, usually producing works that were contemplating on space, nature and mutual connections. For those interested in art, Dusan Dzamonja park is a must-visit place of Vrsar (offical tourist office website).

Impressive sites such as the ones above deserve a goal for their teams. Croatia:Russia match ends with equal result- 3:3.

Russia is beautiful, but if you are visiting Croatia, consider visiting our sister site Croatia Tickets for discounted prices on entrance fees for numerous tours and attractions.