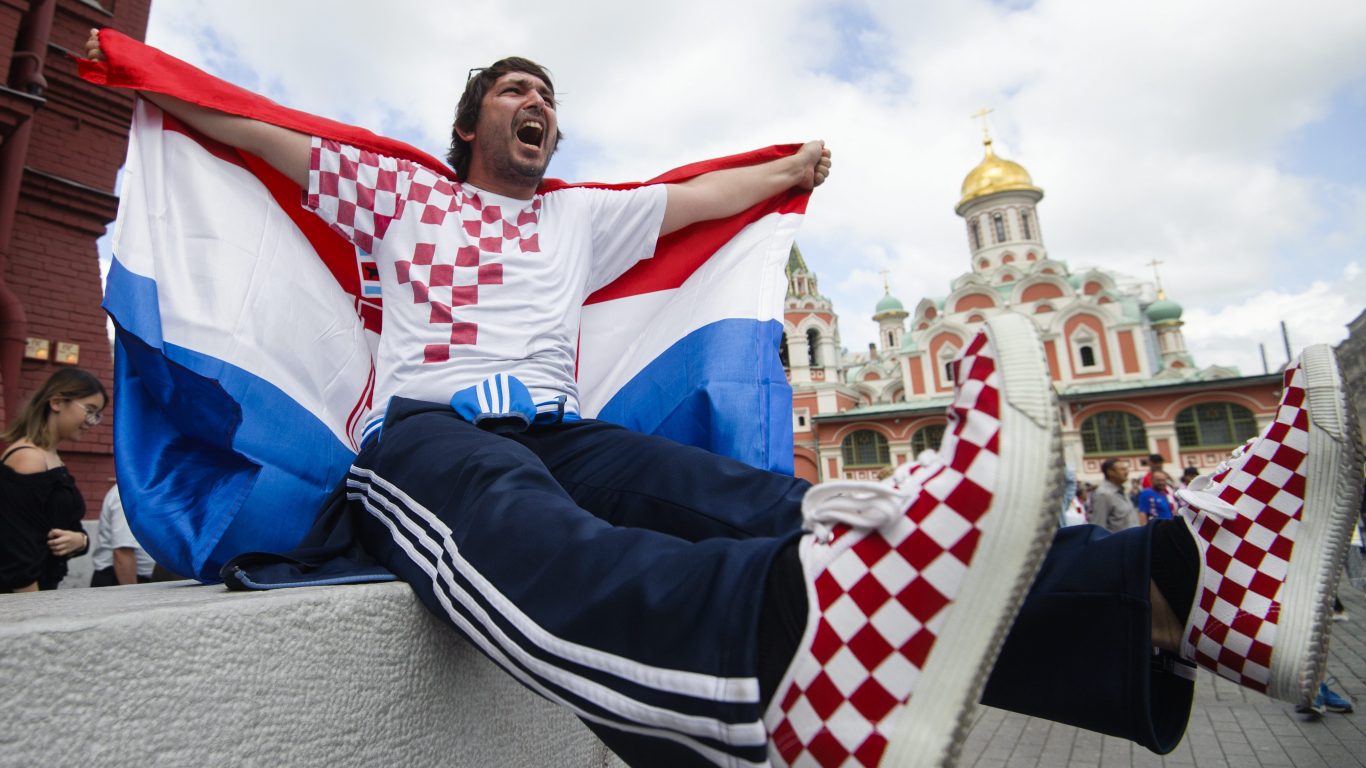 In Croatia and England, only one topic seems to exist in these days. The soccer match between these two established teams is due, and the result will write the sport’s history. But we stick to our own kind of game. As always, we will pitch tourist destinations of these two countries against each other, promoting them at the same time.  But before Croatia:England begin their tourism match, be reminded that we already covered Nigeria, Denmark, Argentina, Iceland and Russia in this manner.

Probably the most well-known landmark of English empire, Big Ben is a large tower that dominates the northern end of Westminster Palace in London. Technically speaking, the name only belongs to a large bell that is installed on its top, yet most people associate the whole building with it. Completed in mid-19th century, the tower is the symbol of United Kingdom and annually visited by millions of people.

Meanwhile in Croatian Capital of Zagreb, one can find a tower like no other in the world. Lotrscak has been constructed as early as 13th century, yet its most unique feature arrived in 1877. A large cannon was positioned on its highest floor and every day shoots a blank shot precisely at 12:00 p.m. It is a tradition that didn’t cease and commemorates the victory against Ottoman invaders in distant past. Plus, it is often used as a mean to adjust wrist watches and church tower clocks, not to mention being a prime tourist locality.

Both of these two towers deserve a goal for their team. Croatia:England 1:1.

Who could possibly visit English soil without spending at least one day in the country’s rural areas? The beautiful lands that stretch between renowned metropolises are full of gorgeous localities and picturesque settlements. Many of them have their own tales to tell and historical background to learn about, not to mention lovely pastures and fantasy-like forest areas. Some of the most popular English countryside areas are Kent, Sussex, Somerset, Exemoor and Yorkshire Dales.

In the northeast regions of Croatian Adriatic, one can find Istrian Peninsula. It has a number of beautiful coastal localities such as Pula, Porec, Rovinj and Vrsar. Yet, its central continental regions deserve special attention. Full of romantic hamlets that actually offer quite luxurious accommodation options, central Istria is a place to go in any time of the year. Plus, the soil is full of truffles, which means you can find them literally on every plate.  Settlements to consider for visiting include Pazin, Motovun, Groznjan, Hum and many others.

These regions are well worthy of a goal for their teams. Croatia:England 2:2.

When speaking about Croatia and England, it is impossible not to mention fable-like castles and impressive palaces. One of them is Chatsworth House of Derbyshire. Located on the banks of River Derwent and surrounded with wooded English mountains, it is really a place one can associate with fantasy novels and former eras. Tracing its roots up to 11th century, Chatsworth is really worthy of every chat, although the name is actually derived from meaning “The Court of Chetel”.

On the other side, the Castle of Trakoscan in Croatian Zagorje Region follows the pattern. This dream-like structure has been situated next to a lake, which adds to its attractiveness and fable-like atmosphere. Visitors can explore the interior of the castle, such as exhibition rooms dedicated to knight gear and huntsman skill. Trakoscan was built in 13th century and is one of the best tourist localities of inland Croatia.

These impressive sites deserve a goal for their teams. Croatia:England 3:3 is the final result.

The exciting match thus concludes, with both Croatia and England proving their beauty and worth as tourist destinations. In case you opt to visit the former, know well that our sister site Croatia Tickets offers discounted tickets and entrance fees to many local attractions and landmarks.