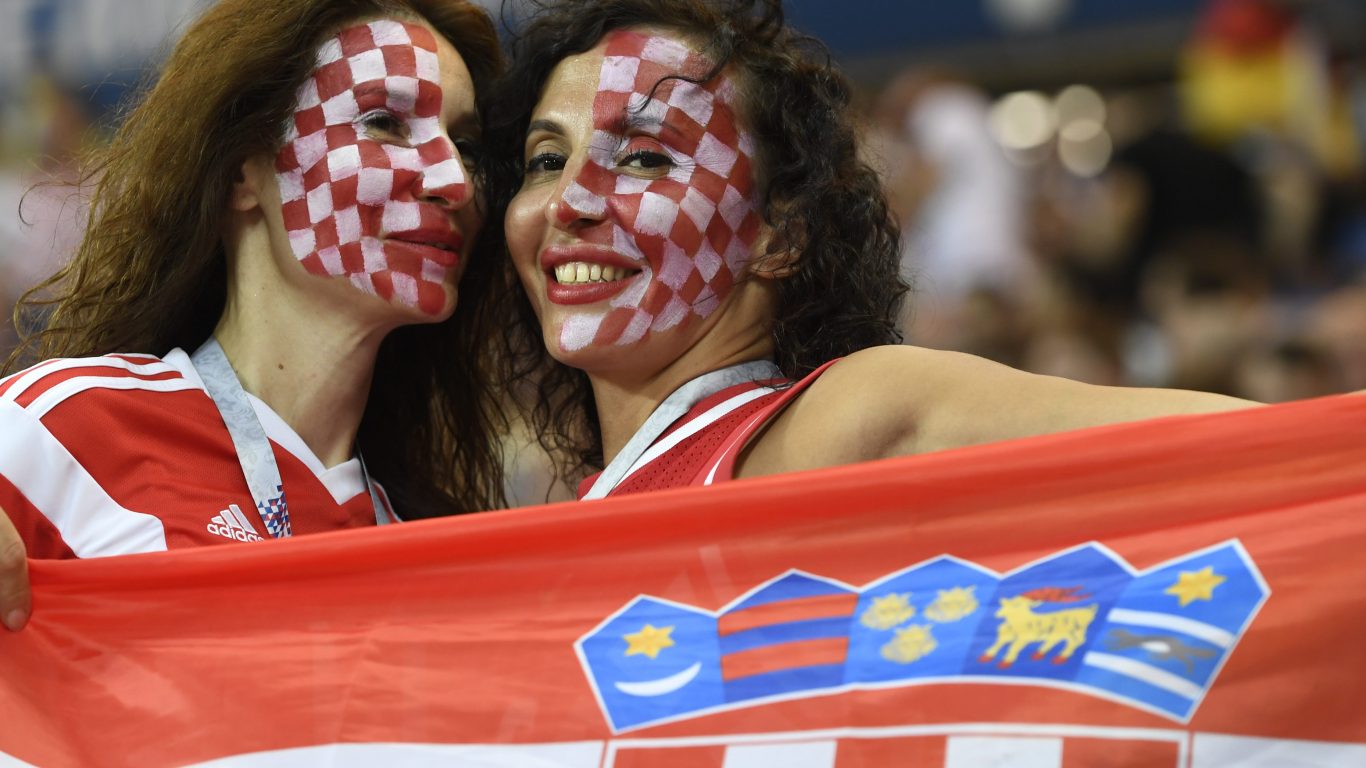 Croatian soccer team is really showing their muscles on this year’s FIFA World Cup, efficiently winning the top position in their group. Now they are heading against another difficult opponent, the proud players of Danish Kingdom. Let’s have a tourism match of these two countries on our website! It’s time for Croatia:Denmark Tourism match.

In case you don’t know what we are writing about, it is an imaginative clash of tourist destinations of Croatia and their FIFA opponents. We already covered Nigeria, Argentina and Iceland, and now its time for Danish challengers.

The feared Viking warriors are still perceived as one of the most dreaded power that roamed Europe. But in addition to being cruel raiders, they were also very skilful shipbuilders. The art of constructing stable naval vessels is still preserved today, as proven by Viking Ship Museum in Danish city of Roksilde. The visit may include a sail in a traditionally built ship, which makes the whole experience very adventurous, especially to younger generations.

Meanwhile in Croatia, another type of warrior is cherished for traces left in history. Members of Alkar knight order have literally saved Europe from Ottoman Invasion, defeating their large army in early 18th century.  To commemorate their victory, a special competition called Sinjska Alka is annually held in Croatia, becoming a part of UNESCO Intangible Cultural Heritage List in 2010. Tales of alkars, as well as their gear and traditions can be witnessed in a dedicated cultural institution. Reserve your spot in Alka Museum using our Croatia Tickets service and explore this unique world of knight chivalry.

Both of these sites are educative and interesting, leading to a goal for their teams. Croatia:Denmark 1:1.

A toy that influenced many childhoods and even inspired some children to become engineers in their future lives, Lego cubes are Denmark’s most popular ambassadors. Constantly improving their lines of products, the company also opens its own theme parks and museums. One of them is located in Danish Town of Billund, which is also the true site of origin to Lego Company. Lego House is a place of fun for all generations.

Visitors of Croatian City of Split, however, can have a similar (if not more bizarre) experience by visiting Froggyland. It is an odd exhibit space displaying a collection of stuffed frogs mimicking human behaviors and activities. Made by professional taxidermist Ference Mere in 20th century, the collection is probably among the funniest places to visit in Dalmatia. It also introduces its visitors with taxidermy craft, which shows signs of disappearing in modern age.

How could one not give a goal for frogs and cubes? Both destinations are winners here, leading to Croatia:Denmark score to be 2:2.

Copenhagen’s much loved-theme park is one of the largest of its kind on Old Continent, annually attracting millions of visitors. Opened in 1843, it tracks almost two centuries of existence and top entertainment. Expect daring amusement rides and merry-go-rounds, as well as water boats and all other kind of attractions. The renown of this place is such that Nordic nations technically associate word Tivoli with any other amusement park in the world.

And while not having the widespread popularity of its Danish competitor, Dinopark Funtana in Croatia won’t be shy of its own features. Located between Croatian towns of Porec and Vrsar, this theme park tenders the always-interesting theme of prehistoric animals. Observe real-size dinosaur automatons and be prepared to have a ride on some as well. Explore what underwater beings looked like in the past times and have fun with daily shows organized on park premises. It is a place that welcomes people of all ages, and entertains them in a way that will stay in memory for ages.

Themeparks are always fun, and worthy of a goal. The game concludes with equal result, Croatia:Denmark 3:3. This means both countries are worthy of your vacation time and pleasure to visit.

But if you choose Croatia for your summer residence, don’t forget that our sister site Croatia Tickets offers some great deals on entrance fees and tour payments. Have a great time during your holiday and take your family to a beautiful trip across one of Europe’s  top tourist destinations.