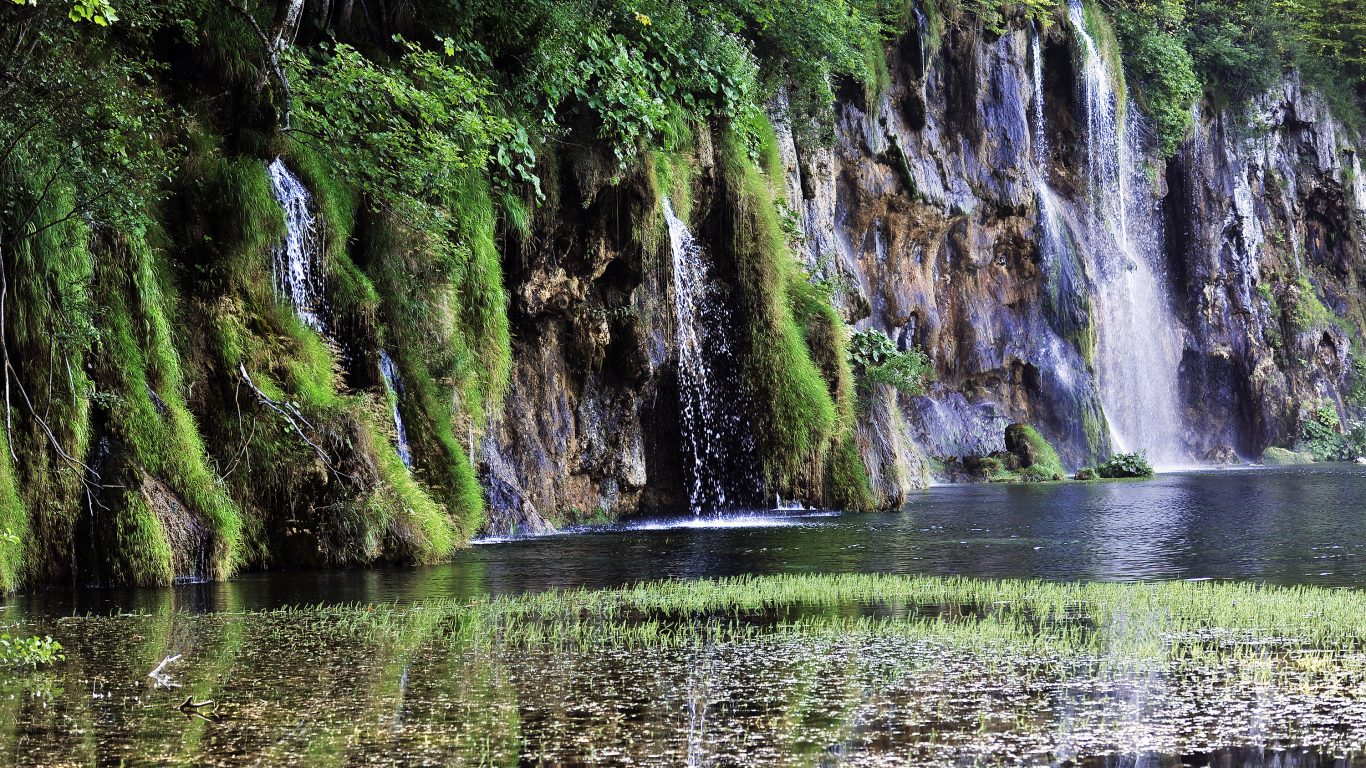 Whenever FIFA World Cup takes place, Croatia Times writes a series of articles depicting imaginary soccer-like matches of tourist localities.  The participating teams consist of Croatia and their real-world opponents in the actual tournament. Made just for fun and to explore the beauty of this world, the articles continue with the newest addition. We already covered the match with Nigeria– let’s see how Croatia:Argentina match goes.

Both countries feature some truly sensational localities. And despite being located on different sides of Earth, they share some interesting historical similarities, not to mention notable soccer achievements. But enough chit-chatting, the game is beginning.

Found near Argentinean City of Curitiba, these magnificent waterfalls are the largest of the kind in the world. With height reaching over eighty meters and numbering almost 300 drops, they are truly an impressive sight that takes your breath away. According to a legend, Iguazu was made when a jealous divinity torn river to pieces in order to slay a young couple in love.

While not being as large as Iguazu, Plitvice Lakes are not less beautiful and can provide equally stunning experience. One of Croatia’s most renowned national parks is located in Lika Region and is actually a landscape of sixteen lakes that are naturally arranged in cascades.  Due to mineral compounds and sunlight angles, the water receives distinctive azure color that makes the entire locality even more attractive.

We believe both of these destinations are worthy of a goal. Hence, Croatia:Argentina 1:1.

Lauded as one of the most beautiful final-resting-places in the world, La Recoleta is a destination to visit in Buenos Aires.  A cemetery that safeguards the remains of numerous historical figures and Nobel Prize winners, it was built in 1732 by monks of Recoletos Order.  The cemetery has dozens of fascinating memorials and mausoleums, many of which were made by renowned sculptors such as Mora or Perlotti.

The Croatian counterpart is Mirogoj, a central cemetery of Zagreb City. Envisioned by notable architect Hermann Bolle, the locality is imagined as a sort of Zagreb’s reflection in the realm of deceased.  A place that bonds history and meditation, Mirogoj has gorgeous arcades, cupolas and pathways. Officially opened in 1876, the cemetery was owned by city and not Church, meaning it embraced people of all religions and social groups.

How could we not award these beautiful places with a goal? The result remains equal in Croatia:Argentina match. Right now, it is 2:2.

Without doubt, Eva Peron is one of the most popular Argentinean individuals in the world. Born in poverty only to become the state’s First Lady, she is remembered as a capable leader and promoter of women rights. Always managing to dodge political intrigues and win over plots, Evita is still strongly present in Argentina’s collective conscience and will stay for years to come.

In Croatia’s History Book, Emperor Diocletian has a special chapter. This leader of Roman origin changed the course of history and one can even say that Europe of today wouldn’t be the same without his influence. Ending a long era of despair, Diocletian’s rule brought prosperity in Roman Empire. Although strict and having an iron hand, the ruler managed to regain control over the state and win battles on many fields.  He is the first Roman Emperor that retreated from throne voluntarily, building a luxurious palace on Adriatic coast that eventually became City of Split. Cellars of the palace can be visited, and are among the most popular Dalmatian attractions.

Both of these leaders are valuable to world history, and as such deserve a goal. The match ends with final result: Croatia:Argentina 3:3.

By all means, Argentina is gorgeous country. But if you opt to visit Croatia on your globetrotting travels, be sure to check out offers of Croatia Tickets. It is our sister website providing discounted entry fees to many of the country’s most desired tours and attractions.