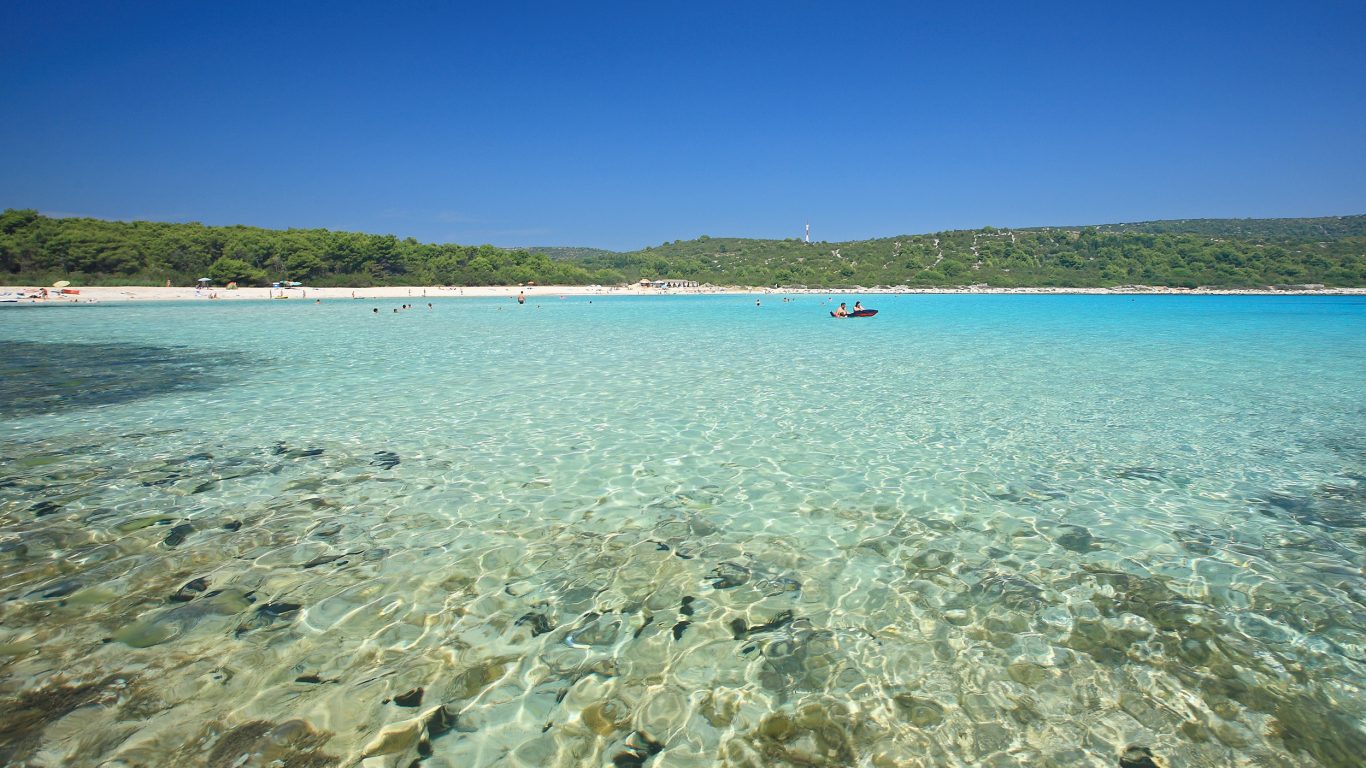 The whole world talks about Croatia and their team’s magnificent success on FIFA World Cup in Moscow. Even if they don’t reach first place, Zlatko Dalic and his boys have achieved their goal- promoting sportsmanship and Croatian sport culture around the globe. We continue to support them in our own way: by making fictional matches between tourist destinations of Croatia and their real-life soccer opponents. We already covered Nigeria, Iceland, Argentina, England, Russia and Denmark. Now it’s the grand finale. Croatia:France, here we go!

Probably the most known cultural landmark of France next to Eiffel’s Tower, Versailles stands as a place of history, luxury and archeological beauty. For almost a century it was the residence of French kings, widely known for its magnificent Hall of Mirrors and Opera Theater. The palace used to be a simple huntsman lodge, only to become a fascinating classical chateau in 17th century. Pride of French people, Versailles is a living testimony of what makes their nation great and why their culture causes awe across the world.

Meanwhile in Croatia, a much smaller site attracts thousands of visitors each year. A kind of opposition to classy rooms of Versailles, The Museum of Peasant’t Revolt is a place dedicated to munities of 16th century. These rebellious events prompted the path to French Revolution, and were no easy task for their participants. The museum, located in Orsic Caste of Croatia’s Zagorje Region, tells the tale how feudal system fell apart across Europe. While lacking the size and renown of French palace, the Peasant’s Revolt Museum is place which won’t disappoint its visitors, which can later enjoy the beautiful outdoors of Croatian north.

Both of these places deserve a goal for their team. Croatia:France 1:1.

The beautiful Lake of Sainte-Croix has been man-made relatively recently, after the construction of the local dam in 1974. The large body of water is associated with Verdon River and is among most popular leisure destinations of French people and their foreign guests. Visitors can explore gorgeous sceneries with canoe vessels and bikes or learn about woodworks in a local eco-museum of Aiguines.

In Croatia, one can find Telascica Nature Park, situated on Island Dugi Otok. There, a saltwater lake called Mir (“Peace” in Croatain language) stuns people with its astonishing natural splendor. Due to its position, the level of saltiness is higher than in Adriatic Sea nearby. Relatively shallow, the Lake provides gorgeous scenery for photographs and is a great locality for excursions. If you seek a place for relaxation of mystical beauty, seek no further than Mir. The name suits it quite well.

These lovely locations are more than worthy of a goal for their team. Croatia:France 2:2.

Tracking their culinary traditions since medieval times, French cooks are masters of food-prepping art like no other.  Holding firm to their foundations, but always seeking improvements, these experts became widely known for tastes they provide. French cuisine is largely based on cheese dishes and wine products. The nation gifted the world specialties such as traditional onion soup, chocolate soufflé and ratatouille.

Meanwhile, Croatian cuisine is rich in diversity. The nation was influenced by neighboring Italians and Hungarians, not to mention tastes of Orient due to contacts with Ottoman Empire. At the same time, Croats have embraced the culinary traditions of Central Europe, especially during the time of Austro-Hungarian Empire. As such, visitors of Croatia are bound to enjoy a beautiful dining adventure. Some of the most known Croatian dishes are turkey with mlinci and octopus roasted under peka bell.

These delicacies lead to final result. Both providing a goal, they conclude Croatia:France match with 3:3 on the board.

Planning to visit Croatia on your travels? If that being the case, use the services of our sister site Croatia Tickets, which will provide you with discounted entry fees for numerous attractions and activities in the county.

I have read this post while mine los angeles yosemite tour and will like to say that get lots of informative stuff about Versailles after reading it.