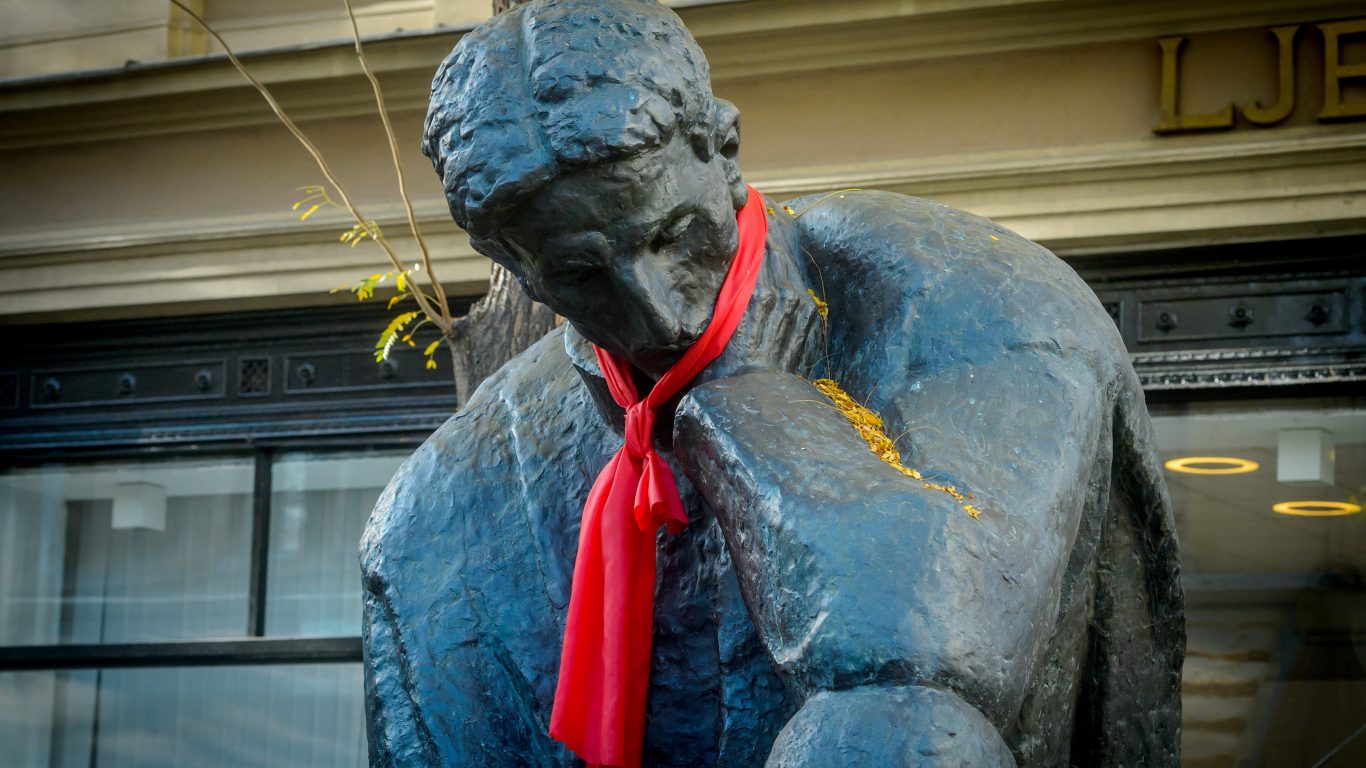 In distant past, Croatian militaries used neckties to distinguish their ranks. As they fought around European battlefields, they ended up in front of French Court, which quickly adopted the practice and made ties a part of nobleman’s fashion. In order to underline the origins of modern necktie, Croatia established Cravat Day, traditionally celebrated on October 18th across the entire country.

Due to popularity of Cravat Day, the cherishment became a festival that lasts several days. During this time, a lot of statues across Croatia are given red ties, including Nikola Tesla’s and that of Count Jelacic on Zagreb’s central square.

The highly-popular Cravat Regiment is also seen patrolling the streets of Croatian capital. This troop is wearing traditional attire, the one which impressed the French so much that they incorporated it in their clothing designs.

During Cravat Day, schools encourage all children to come wearing a necktie, so the love for this decoration is passed to new generation. The settlements are also being decorated, with large neckties being installed on squares and notable buildings.

The next time you tie a cravat, remember that you are actually putting on a piece of Croatian history.