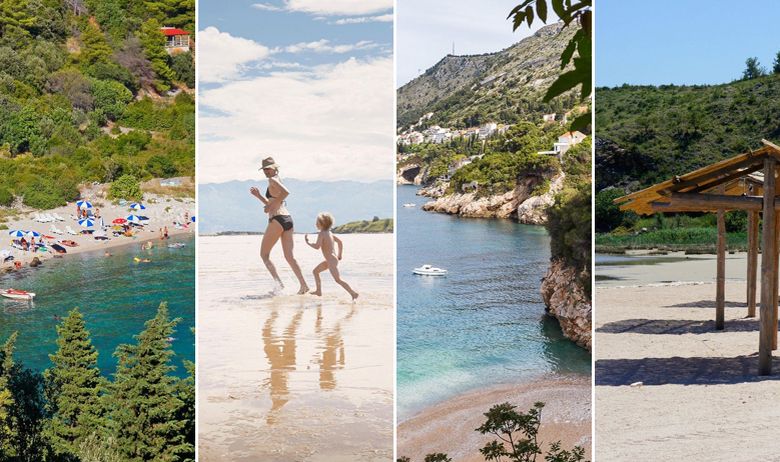 Although winter doesn’t seem to leave Old Continent, that doesn’t mean we can’t share some fancy beach news. The renowned British paper Guardian lauds Croatian beaches in one of its latest articles, adding four of them on the list of Europe’s best beaches.

Interestingly enough, some of the country’s most popular coastal sites didn’t make the list, such as Bol of Brac Island or Sakarun of Dugi Otok Island. Instead, authors mentioned less known beaches of Croatia which might become your favorite sunbathing spots in a few months time. According to Guardian, beaches of Sveti Jakov (Dubrovnik), Posedarje (Zadar), Pupnatska luka (Korcula) and Livacina (Rab) are definitely worthy of every traveler’s time.

You may read the complete list here, and also learn about each destination’s infrastructure, accommodation price range and other valuable information.  Here is some more info on Croatian beaches that Guardian mentioned.

Just 30 minutes away from the center of Dubrovnik, one can enjoy the unique pebble beach. It is a perfect locality to escape the crowds, which tend to form during hot summer months. To reach it, you must descend through a stone stairway that is surrounded with pine trees, and provides a view of Old City.  Indeed, this beach has almost mystical vibe, well worthy its dedication to Saint James.

With a view of magnificent Velebit Mountain, Posedarje can be be found about 25 kilometers away from Zadar. It is a great spot for family visit, but its pristine waters will embrace every happy guest.  The crystal waves of Posedarje are truly unforgettable.

The precise number of beaches present at Korcula Island is not known, as some are so secluded that they literally don’t have an official name. Pupnatska Luka became known for its moon-white pebbles and surrounding forests of pine. Plus, it has a konoba tavern on its premises, serving prime Croatian delicacies.

Fans of sand beaches have plenty of reasons to embark to Rab Island. Livacina is a smaller version of Rajska Plaza, one of beach localities that became a symbol of staying at Croatian coast.  This destination has shallows that go very far into the sea surface, making it a great spot for children.

Guardian lauds Croatian beaches- but what about you? Share your favorite coastal spots of Croatia in our comments section below.