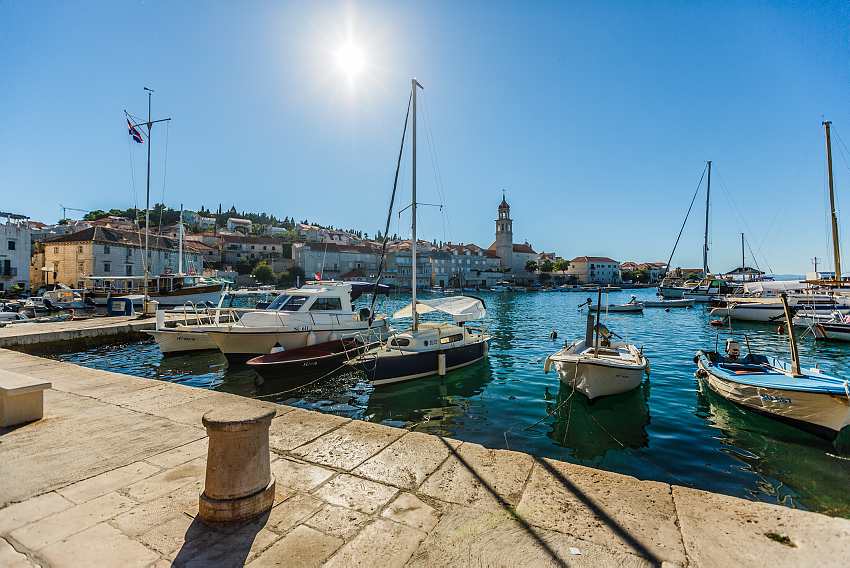 Named after an old Catholic basilica of Sanctus Johannes, Sutivan is actually called “Stivan” by the locals. It was one of the most prominent settlements on Brac Island, boasting with strong wine and olive production in 19th century. However, an outbreak of plant diseases literally destroyed once powerful industry, which triggered emigration of Sutivan’s population in distant lands such as Chile and United States. Today, Sutivan is once again an important center for Brac Island, being one of its most valuable tourist destinations.