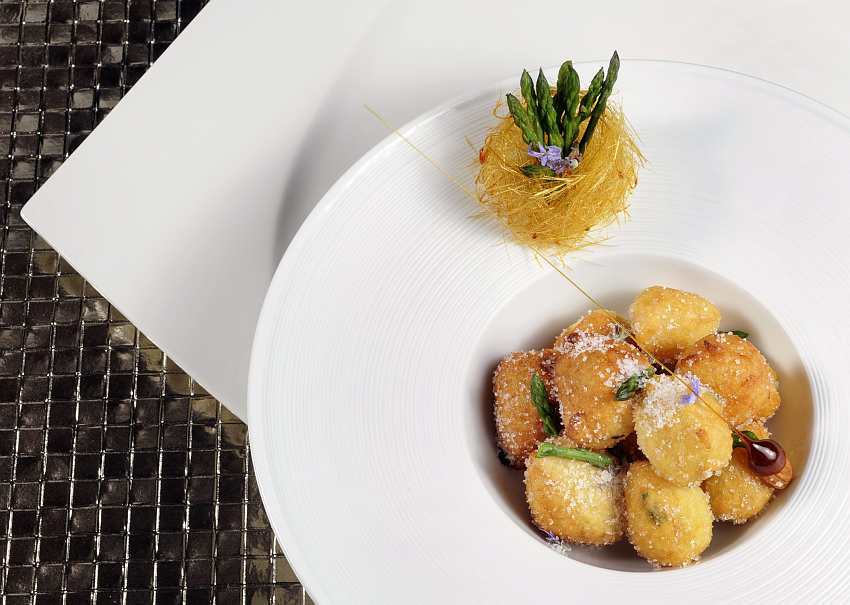 Adding a pinch of love to everyday’s cooking is a motto behind the blog „Priya’s Versatile Recipes“. And with the same sentiment, she chose Croatian fritula doughnuts for her great food marathon. Here is how she describes Croatian culinary tradition, and reasons why she picked the country for her work.

As per wiki,Croatian cuisine is heterogeneous, its known as a cuisine of the regions since every regions has its own distinct culinary traditions. Its roots date back to ancient times and the differences in the selection of foodstuffs and forms of cooking are most notable between those on the mainland and those in coastal regions.

Mainland cuisine is more characterized by the earlier Slavic and the more recent contacts with neighboring cultures – Hungarian, Austrian and Turkish, using lard for cooking, and spices such as black pepper, paprika, and garlic. The coastal region bears the influences of the Greek, Roman and Illyrian, as well as of the later Mediterranean cuisine – Italian (especially Venetian) and French, using olive oil, and herbs and spices such as rosemary, sage, bay leaf, oregano, marjoram, cinnamon, clove, nutmeg, lemon and orange rind.

Peasant cooking traditions are based on imaginative variations of several basic ingredients (cereals, dairy products, meat, fish, vegetables) and cooking procedures (stewing, grilling, roasting, baking), while bourgeois cuisine involves more complicated procedures and use of selected herbs and spices. Charcuterie is part of Croatian tradition in all regions. Food and recipes from former Yugoslav countries are also popular in Croatia.

When i picked Croatia for the letter C for this month long blogging marathon, i was searching for something easy to make, while googling i saw this post. Actually this Croatian doughnuts/Fritule, also called Uštipci, is a festive Croatian pastry resembling little doughnuts, made particularly for Christmas.

They are somewhat similar to Italian zeppole and venetian Frìtole, but are usually flavored with brandy and citrus zest, containing raisins, and are topped with powdered sugar.Its adviced to fry this fritters in small batches in medium flame, these fluffy doughnuts are dangerously addictive. This post is for this month’s blogging marathon as am running for a month with Around the world in 30days as theme. Read more.

Share your fritula recipes in the comments section below.