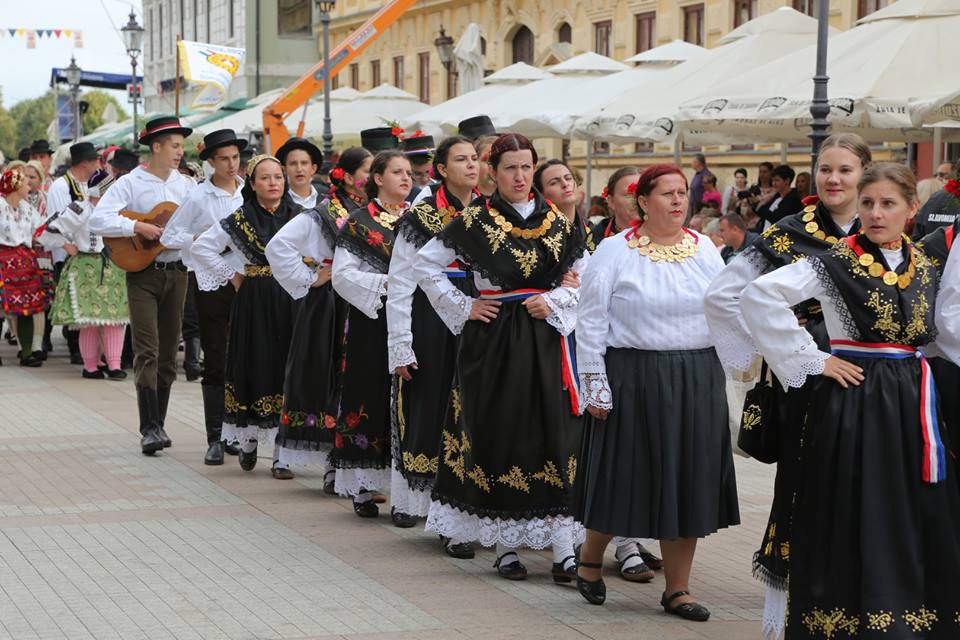 Vinkovacke Jeseni is a cultural event which can be translated as “Autumns of Vinkovci”, and is annually staged in this beautiful town of Croatia’s Eastern territories.  The folklore festival was founded in 1966, and is considered one of the major cultural events of the whole of Slavonia, together with Brodsko kolo and Dakovačci vezovi.

Vinkovacke jeseni are held each year in the month of September, which is also the beginning of Autumn, after which this Festival got his name. The Reason for establishment of this Festival is that that the Autumn is that Season that Awards the most the People of Slavonia for their hard labor. This Festival has soon started to bind all of those who are lovers of cultural heritage, dialects, and old customs.

In the days of the Festival the audience finds out everything about the diversity of the Folklore in Slavonia, and about the foreign Folklores that also participate in Vinkovacke jeseni. The Stage is for the duration of the Festival provisionally made, and is designed as an Open-air Stage. The Costumes and the Scenography are Thematic so in that comes the beauty of shapes and colors of the garments and the Sounds of Tamburica and Gaida to light.
Read more.