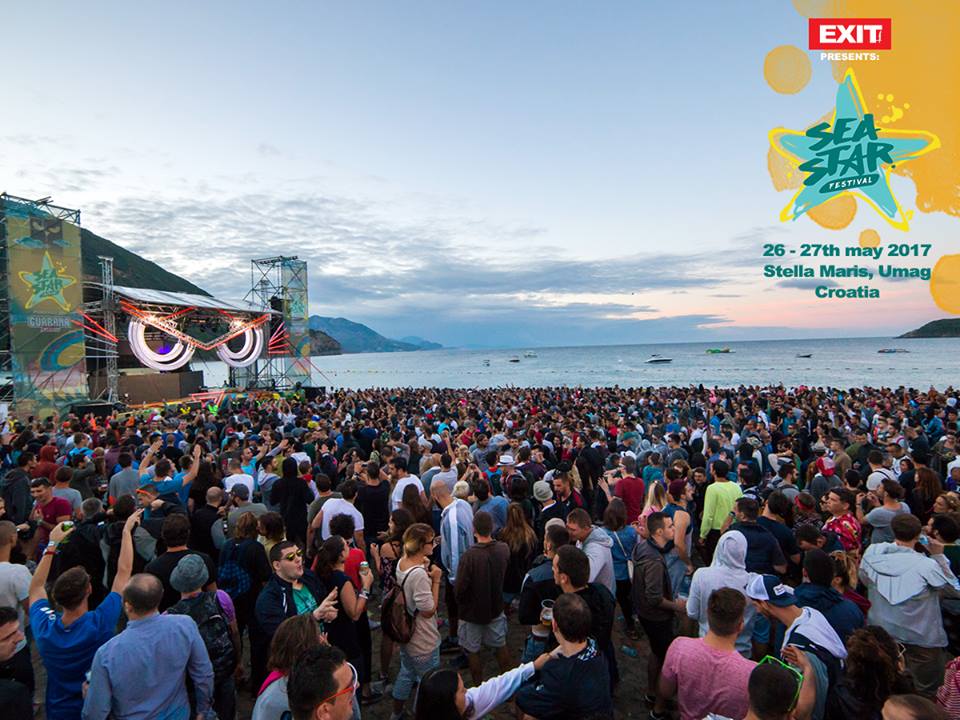 The new festival pearl of the Mediterranean will present some of the most important names of the world and regional music scene on six different stages, and apart from the two main festival days, the visitor of the Stella Maris tourist complex will have a great warm-up party on Thursday, May 25, as well as the afterpary for the most tenacious ones on Sunday, May 27.

The new phase in the continued process of regional connection was started in by EXIT team in 2014, when the first Sea Dance Festival in Budva was organized, followed by the Revolution Festival in Timisoara in 2015. These two festivals achieved notable success from the very beginning, so much so that Sea Dance was declared the Best European Festival up to 40,000 people a day in its first year, while the Revolution festival was nominated in two categories at the European Festival Awards.

Before them, the EXIT Festival was declared the best European Festival in 2007 and 2013, in the main category of festival giants. The most important media of the world regularly recommend EXIT as a must-see festival, and this year alone it was declared the best festival by some of the world’s most eminent media, such as CNN, The New York Times, The Guardian, Vogue, Daily Mail, DJ Mag, Ministry of Sound, and many others. The famous tourist guide, Conde Nast Traveler, member of one of the leading publishing houses in America, who publishes Vogue, The New Yorker, Pitchfork, Wired and many others, recently declared EXIT, as the only festival on the list, among the 50 greatest attractions in Europe, alongside Mona Lisa, Acropolis, and the Eiffel Tower.