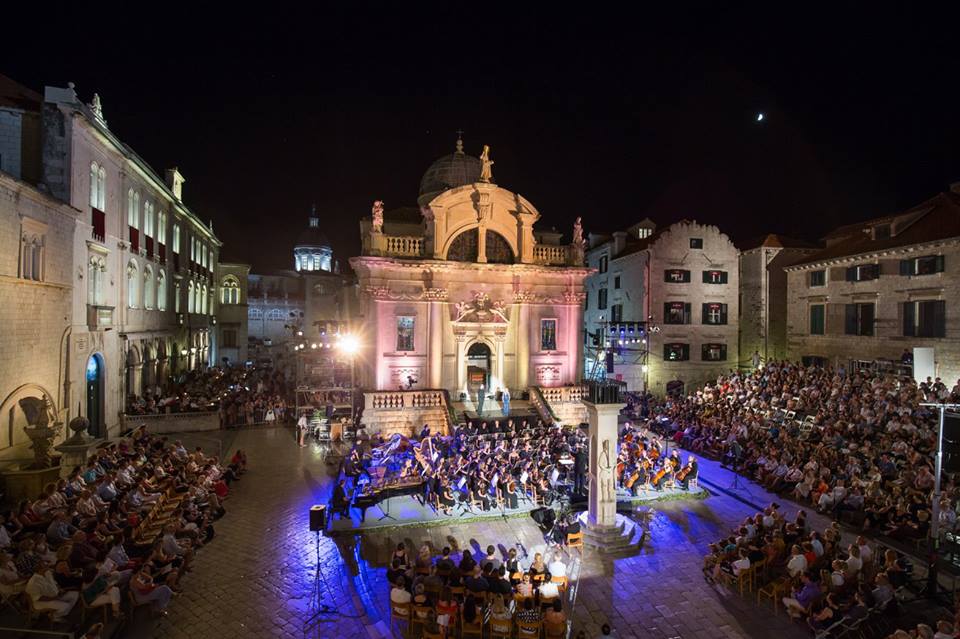 It’s never too early  to prepare yourself for Croatian experiences. Dubrovnik Summer Festival is among the most important cultural events in the country, and tourists attending its performances have a unique stay in Croatia’s renowned city.

The Dubrovnik Summer Festival will be recognised as the major producer of top-quality events in Dubrovnik, as Croatia’s leading cultural institution, and as one of Europe’s five most distinguished cultural festivals. Relying on  the City’s and its own rich and living heritage, the Festival will continue to promote it’s site-specific programme policy,  combine tradition and modernity, and connect  local, national and international creativity. As a place where people gather together to exchange ideas and create new projects, the Festival will promote Dubrovnik as a Croatian and world spiritual and cultural centre.

It was at the beginning of the 50s, when there were many theatrical and musical events springing up all over Europe, that the Dubrovnik Summer Festival was founded. However, the idea of harmonizing the renaissance and baroque atmosphere of Dubrovnik and the living spirit of drama and music, actually derived from the intellectual way of life of the city itself, from its living creative tradition, which has bestowed upon Croatian cultural and scholarly history, especially in theatre and literature, many great names and works, and kept it continually in touch with contemporary currents in western Europe.

The City of Dubrovnik is situated at the far south of the Republic of Croatia on the Adriatic Sea. It is one of the most prominent tourist destinations in the Mediterranean, a seaport and the centre of Dubrovnik-Neretva County. Its total population is 42,615 (census 2011). In 1979, the city of Dubrovnik joined the UNESCO list of World Heritage Sites.  The prosperity of the city of Dubrovnik was historically based on maritime trade. As the capital of the Republic of Ragusa, a maritime republic, the city achieved a high level of development, particularly during the 15th and 16th centuries. Dubrovnik became notable for its wealth and skilled diplomacy.  The beginning of tourism in Dubrovnik is associated with the construction of the Hotel Imperial in Dubrovnik in 1897. According to CNNGo, Dubrovnik is among the 10 best medieval walled cities in the world. Learn more.