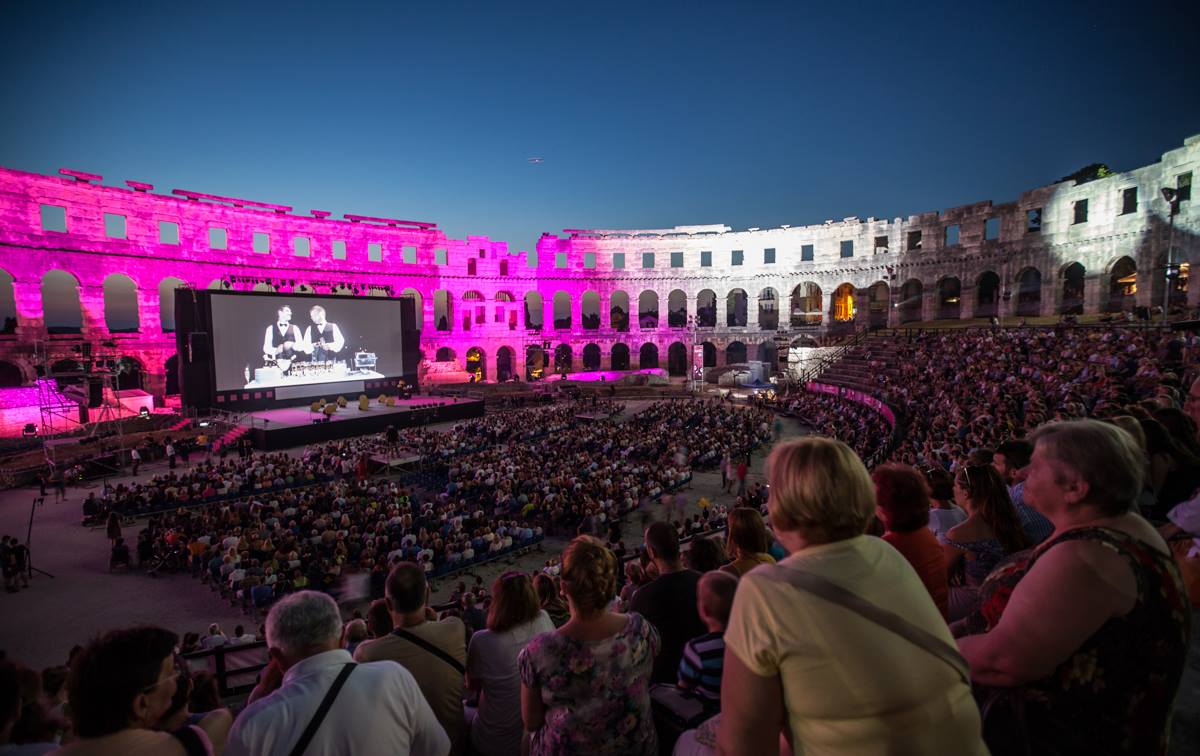 The Pula Film Festival (Croatian: Pulski filmski festival) is the oldest Croatian film festival which is held annually in a Roman amphitheater known as the Pula arena since 1954. The festival is usually held in the summer, in July or August.

Apart from film screenings open to the public, the annual Croatian film industry awards are also traditionally presented at the festival. The awards presented at the festival (called Golden Arenas) are the main national film awards in the country and they serve as the Croatian equivalent of the American Academy Awards, British BAFTA Awards, Spain’s Goya Awards, France’s César Award, etc.

The festival was originally started in 1954 and within a few years it became the centrepiece event of the Yugoslav film industry, with first national awards being presented in 1957. This lasted until 1991, when the festival was cancelled due to the breakup of Yugoslavia, only to resume in 1992 as the Croatian film awards festival. It has been held every year since (with the exception of the 1994 edition which was also cancelled).