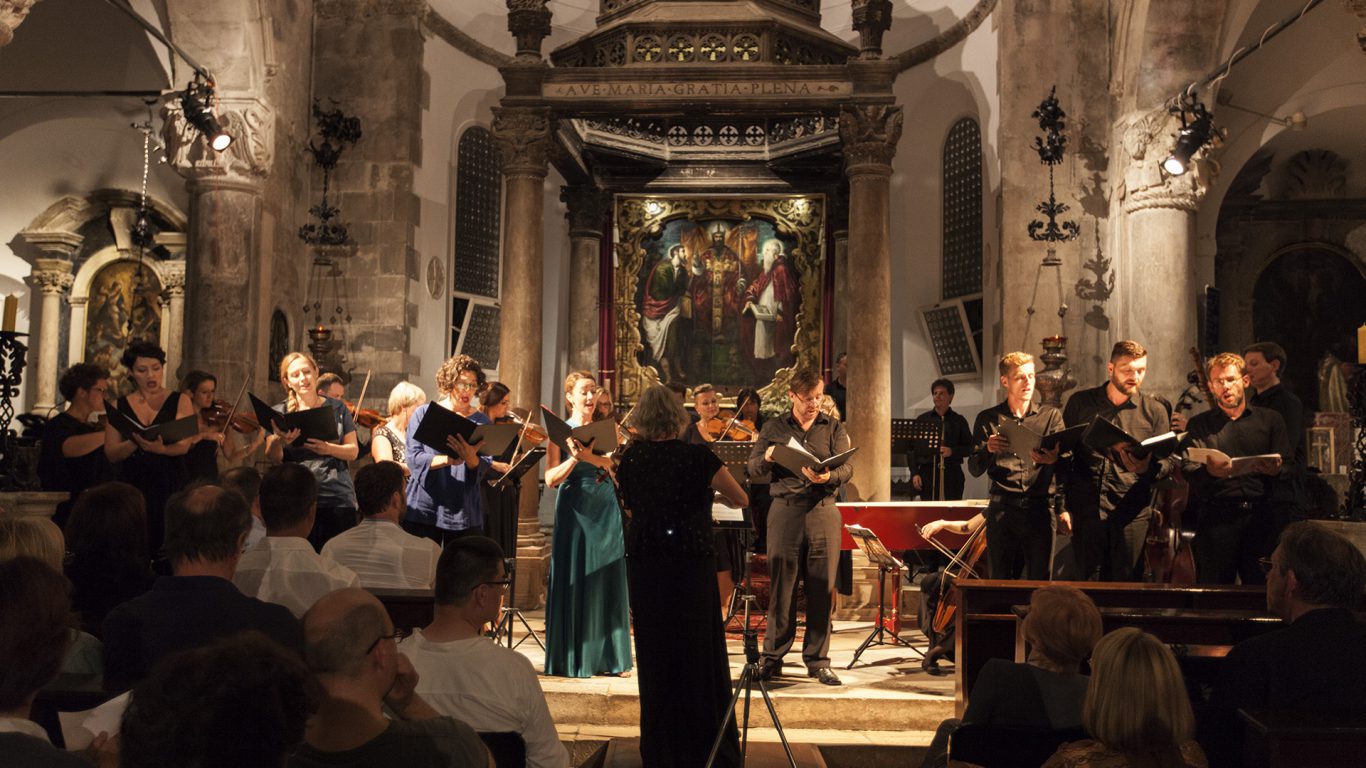 The Korkyra Baroque Festival is an international music festival established in 2012. Now in its fifth year, it will run from 3-17 September 2016. Once again, the Festival will offer a rich baroque experience in impressive culture heritage venues on the island of Korčula. The Festival has not only artistic importance but is also valuable in that it helps to promote Croatian tourism. The Korkyra Baroque Festival’s offers music of an exceptional standard, attracting tourists from all over the world and enriching the cultural offering of Korčula for tourists. The concerts promote Korčula’s churches as cultural heritage, as well as the entire island as a unique architectural complex.

The Korkyra Baroque Festival is one of the most important and successful baroque festivals in Croatia and abroad. Due to this success, the most prominent and world’s famous ensembles and soloists specialising in baroque music have been a part of this beautiful baroque concert magic. This year the Festival will host distinguished ensembles – Red Priest (Great Britain), The Royal Wind Music (Netherlands), The Europen Union Baroque Orchestra – and represent the unique performances of soloists: contratenor Leandro Mariotte (Italy), flautist Marcello Gatti (Italy) and guitarist Petrit Çeku (Albania). They will be reinforced by the Croatian baroque ensembles – Vocal ensemble Antiphonus and the host ensemble of the Korkyra Baroque Festival Croatian Baroque Ensemble with distinguished violinist and Festival’s Artistic Director, Laura Vadjon. Read more.