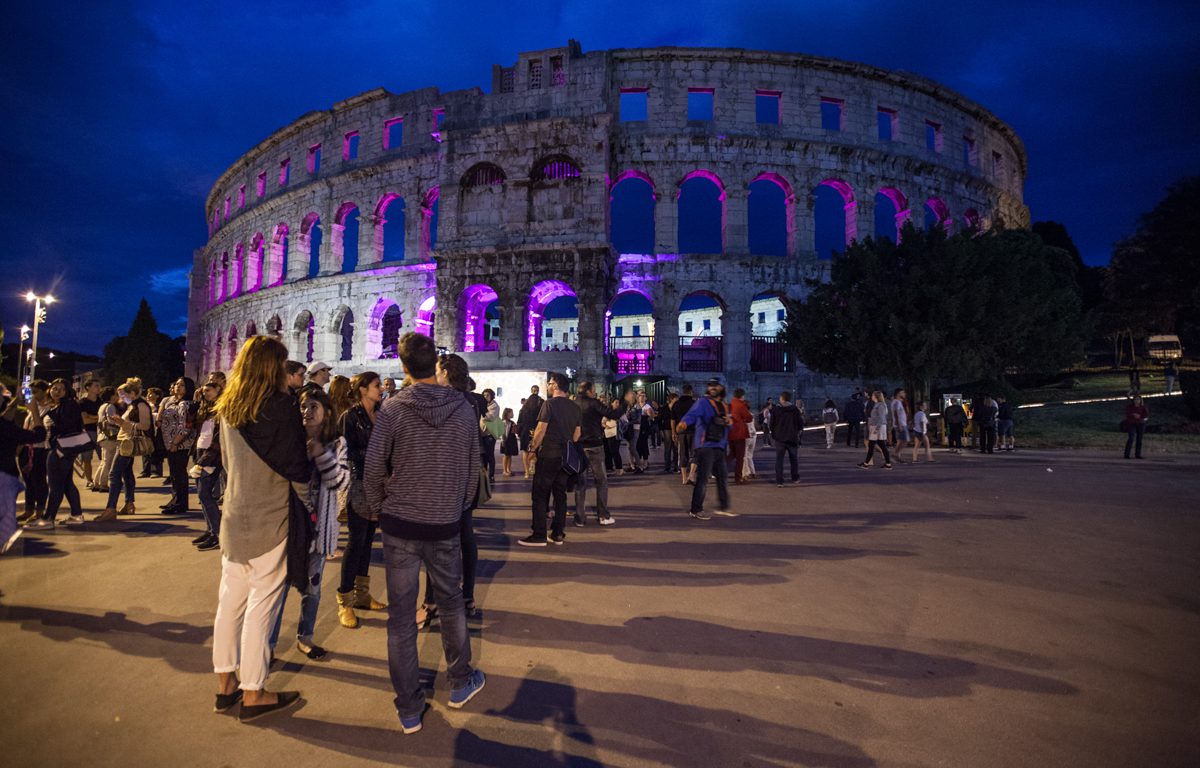 The most imporant movie celebration in Croatia, Pula Film Festival, is scheduled for July 2017. Once again, dedicated and passionate film-makers of Croatia will show their art to the interested audiences. And it all happens in the gorgeous Roman aphitheater, one of Croatia’s popular symbols and Pula’s true landmark.

In 2010 important changes in terms of the programme were introduced. The Festival introduces the competition programme of Croatian short feature films and minority co-productions (films in which Croatia did not contribute with a majority of financial resources). Considering the fact that fourteen Croatian feature-length films and ten minority co-productions applied for this year’s festival, Pula is obviously becoming a large-scale national festival comparable with the most prestigious European festival, with an edge of having the longest tradition and the most impressive auditorium, as well as the well-tuned European film competition programme.
Tomislav Kurelec, History of Pula Film Festival

If you are interested in the event’s programme, guests, competition and screenings, visit the Festival’s official website and discover what waits for movie loves of Pula in the next July.