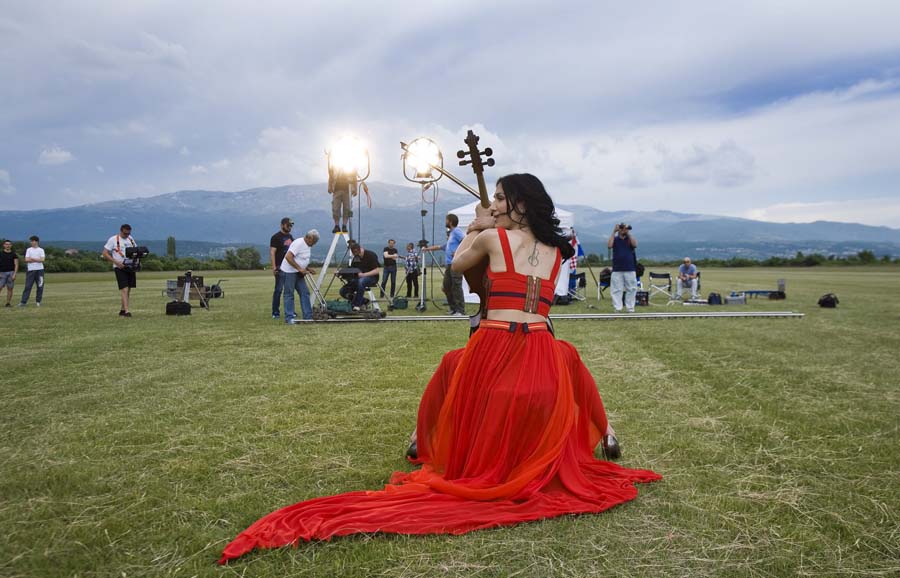 The early days of summer are always an exciting time to be in Croatia. And with Ana in Town on the first day of this season, you are bound to have a wonderful musical adventure. Just who is Ana, you ask? It is among the most popular Croatian artists, a cellist with equal craft when playing classical pieces and crossover editions.

Ana Rucner became widely recognizable after her performance of Ludwig van Beethoven’s ‘Ode to Joy“, which featured Croatia’s promotional movie in tourist context. The work has won several influential awards, inlcuding Das goldene Stadttor in Gernamy. Ana is a well known artist and one of the ambassadors of Croatian culture, having tours across the world.

With Ana in Town of Dubrovnik, you are scheduled to have a wonderful musical event. Not only will it celebrate the arrival of summer, but also The World Music Day. So if you expect to be in Dubrovnik on June 21st in 2017, wake up early, and hug the summer at the top of Srdj Mountain. Learn more.